Soglo and Benin: Democracy, more than a moment 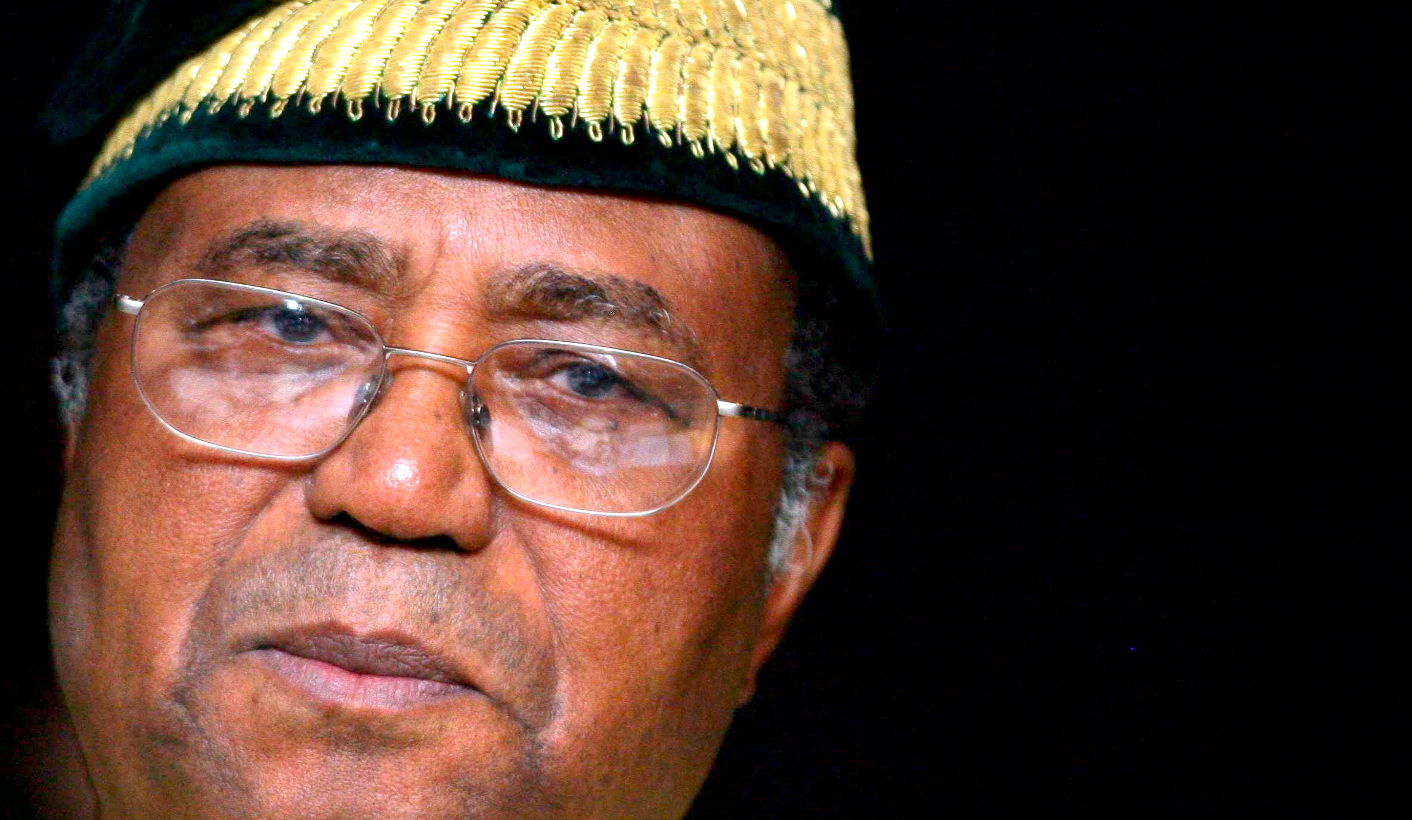 Benin’s population at independence in 1960 was just 2.4-million. Today it’s touching 11-million, and is projected to increase to 24-million within the next generation. As a result, GDP per capita remains under $800. The country ranks 155 of 190 in the World Bank’s Ease of Doing Business indicators. The country exports little save the commodities of cotton, cocoa, cashews, coconuts, gold, rough wood, and oil. These challenges echo the current African governance and democracy malaise. Over the last 10 years, democratic progress has flat lined. By GREG MILLS.

The cluttered reception of Nicéphore Soglo’s home in Cotonou is evidence of his active career, as a minister of finance, World Bank economist, President, mayor and, now, Béninois political doyen.

Soglo, 85, has unwittingly spawned a personal and continental political legacy. His son Léhady, also a presidential candidate, succeeded him as mayor of Cotonou in 2015.

Educated in Paris, Soglo served as minister of finance under his cousin, Colonel Christophe Soglo, who had, in his second coup, overthrown President Sourou-Migan Apithy in 1965 in one of Benin’s frequent if typically non-violent putsches in the 1960s.

Despite this shaky political start, Soglo will be best remembered by leading the democratic movement in Benin which saw the dictator Mathieu Kérékou, who had seized power in another military coup in the then Republic of Dahomey in October 1972, booted out in 1991, in one of the first of Africa’s wave of post-Cold War democratic revolutions.

Since the 1980s the number of African electoral democracies has increased nearly 20-fold. From 1991 there have been nearly 40 peaceful transfers of power from incumbents at the ballot box in sub-Saharan Africa.

Although Soglo lost to Kérékou in the 1996 election, his place in Benin’s politics is assured. Not only was Benin placed, if imperfectly given subsequent electoral shenanigans, on a democratic path, but he was successfully able to break the mould of Marxist-Leninism, and get the economy on to some sort of market footing.

Under Kérékou the banks and petroleum industry were nationalised, though this had only compounded inefficiency and a lack of investment. The political reforms of the late 1980s occurred among scarcities which had forced Benin to the IMF, accepting severe cuts on state expenditure in the process. This provoked widespread unrest, starting among students.

Although Kérékou was re-elected as president by the National Assembly in August 1989, by December of the same year Marxism-Leninism was dropped as the state ideology. A national conference held in February 1990 stripped Kérékou of most of his power. During the televised conference Kérékou begged forgiveness for his regime, setting the stage for his later political rehabilitation.

Described by his regional peers as a “genuinely naïve man”, the former president apologised for “deplorable and regrettable incidents” that occurred during his rule.

Soglo was chosen as prime minister by the conference, taking office the following month. With a new constitution agreed in a December 1990 referendum, multi-party elections were held in March 1991, won by Soglo against Kérékou, making him the first mainland African president to lose power through a popular election.

“Without a democracy,” says Soglo now, “you cannot have durable economic development. You cannot solve all problems with just one individual. The small farmers equally need a voice. Democracy and development are all about responsibility and participation, and action”. And democracy, he reminds, allows for peaceful change. “In 1990, the banks were empty, 10,000 people had lost their jobs, and the students were on the streets. Kérékou had sought sanctuary in the San Michel church.

“Without democracy, and change, he would have been killed,” says Soglo.

Naïve he may have been, but Kérékou was a deft politician. Living up to his nickname as “the chameleon”, he reclaimed the presidency in the March 1996 election. Though he won the first round, Soglo’s economic reforms had caused his popularity to dip, losing in the second, though he alleges today rigging and French interference.

Kérékou was re-elected for a second five-year term in March 2001, again beating Soglo in controversial circumstances.

As Soglo reflects now, “coming from a one-party to a multi-party system is difficult for a tiny country. It’s a process where you learn every day.” He holds up a framed letter from the Martinique poet, Aimé Césaire, regarded as a founding father of the négritude movement. “When you have people like him telling you that you are going in the right direction, you cannot be wrong,” Soglo explains.

Sincerity and good faith did not prove enough however. It’s not that Kérékou did not also have his challenges. His second term saw his government follow the liberal economic path started on by Soglo. Then, as now, it’s proved a difficult one.

Benin’s population at independence in 1960 was just 2.4-million. Today it’s touching 11-million, and is projected to increase to 24-million within the next generation. As a result, GDP per capita remains under $800. The country ranks 155 of 190 in the World Bank’s Ease of Doing Business indicators, the reality illustrated by the seemingly endless lines of trucks waiting their turn at the port of Cotonou. The country exports little save the commodities of cotton, cocoa, cashews, coconuts, gold, rough wood, and oil.

These challenges echo the current African governance and democracy malaise. Over the last 10 years, democratic progress has flat lined.

For example, the number of countries rated as “free” by Freedom House in 2014 was, for example, one fewer than in 2005. Perhaps even more notable is that, after a decade when the “partly free” category outnumbered those in Freedom House’s “not free” category, the number of countries that are considered ‘not free’ now clearly outnumbers those that are considered ‘partly free’ (21 to 18).

It’s not just democracy that is problematic The 2016 Ibrahim Index of African Governance recorded a slight improvement in overall governance of one point over the previous decade.

Underneath this headline sit some disturbing trends. In 2015 almost two-thirds of African citizens lived in a country where safety and rule of law had deteriorated over the previous ten years. The continental average score for the corruption and bureaucracy indicator has also declined over the last decade, with 33 countries registering deterioration, 24 of them falling to their worst ever score in 2015. And two-thirds of the countries on the continent, representing 67% of Africa’s population, showed deterioration in freedom of expression over the past decade.

Aside from important questions of openness, choice and liberty, the record shows that African democracies do much better than their authoritarian counterparts when it comes to economic growth and development. Not only do democratic regimes improve accountability, but the great asset of democracy is that it also enables a test of philosophies at the marketplace of the political consumer. They are also more peaceful, which improves the prospect of compounding growth.

But a free and fair election involves more than what happens on the day itself. It relates to what happens between elections, and reflects the health of institutions, and conditions of transparency and the rule of law.

Part of the problem with the electoral transitions of the 1990s, to borrow the apt phrase of US political scientist Pauline Baker, is that they were “civilian coups”. The incoming leadership had little in the way of a plan to transform the political economy to something that favoured less the elites and was wealth generative rather than simply redistributive.

Indeed, post-independence and post-authoritarianism many African elites have remained largely uninterested in major reform and liberalisation, apart from ‘opening up’ the system in piecemeal fashion (from cellphone companies to infrastructure investments), and in a way that has mollified any threat to the status quo. And there has not been the same sense of urgency or the need to introduce reforms as there has, for example, been in East Asia, particularly those reforms aimed at radically increasing economic growth and numbers of jobs. In part, this reflects hostility to foreign capital. It also relates to lack of capacity and poor leadership and the policies they have preferred. And it reflects a failure to learn from the experience of others.

Soglo is still seized with trying to understand where it all went wrong.

The answer it seems lies in different interpretations between leadership and people about development. While one dreams of jobs and wealth because of political change, elites are usually intent on maintaining and profiting from the status quo in spite of it. DM