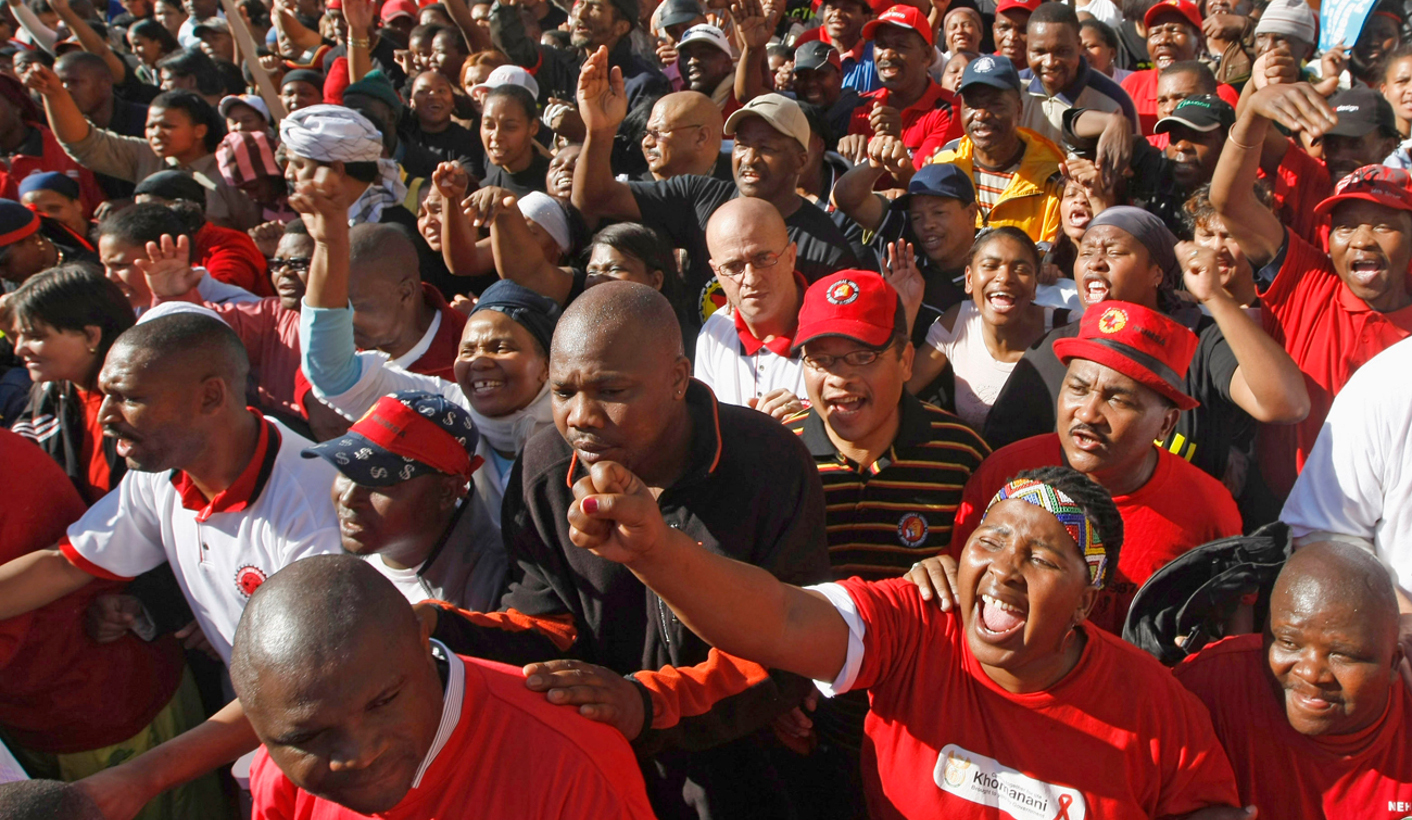 Efforts to improve employment will succeed only if SA consistently grows the private sector over successive decades. By Jakkie Cilliers for ISS TODAY.

Ahead of the 1994 elections, the ANC was dependent on the Congress of South African Trade Unions (Cosatu) to provide it with a national election machine. Since then, labour has effectively framed South Africa’s broad economic policies and options to the detriment of employment creation.

Although Cosatu in 2017 is a mere shadow of its former self, it is unlikely that the ANC will break the stranglehold that organised labour continues to exert over economic and migration policy unless Cosatu itself also changes.

The most likely presidential candidate on the Reformist side, Cyril Ramaphosa, is dependent on the active support of organised labour for his presidential campaign – the organisation that first came out in support of him. But only 28% of workers belong to unions.

The other likely candidate, Nkosazana Dlamini-Zuma, is not handcuffed to labour in this way, but she has her own issues. She has earned respect for being technically proficient, although she is publicly uninspiring as a leader. However, she is tainted by the association that the traditionalist faction generally has with the Guptas and their efforts at state capture.

Generally considered hostile towards the private sector, she is essentially a black nationalist and ideologically not orientated towards growth and enterprise.

A highly political labour movement serves to protect those in employment but at the cost of growing employment more broadly. This trend can be reversed only by a shift in vision or by ending the hold that organised labour has on government economic policies. Recent years have seen an expansion of employment in the public sector to the extent that the associated wage bill is squeezing out capital investment in infrastructure.

Meanwhile the private sector, which accounts for 80% of production and employs 86% of the 13.5-million of the country’s working population, has largely lost confidence and doesn’t invest domestically despite their large, positive balance sheets.

Eventually only two political options present themselves. The first is the break-up of the Tripartite Alliance or the complete implosion of Cosatu, essentially freeing up a Reformist ANC to pursue employment-intensive growth. The second is the transformation of Cosatu into a union federation that mobilises and champions poor people, stepping away from its current focus on middle-class government employees as the bulwark of its membership. But even then the ANC would need leadership that would take South Africa forward, not backward.

The employment compact that Anthony Black and his co-authors write about in their recent book Towards employment-intensive growth in South Africa is to be built on three pillars: strong pro-employment policies, including subsidies and direct state support; macroeconomic stability; and limited labour reform.

Black offers four examples of employment-intensive growth – first, large-scale employment incentives for unskilled workers subsidised through tax breaks or a wage subsidy. Second, an aggressive strategy aimed at rapid expansion of labour-intensive light manufacturing as an explicit policy and pillar of industrial strategy. (This, he warns, would require specific interventions and subsidies, and much more than merely deregulating markets. It would also require competition on the basis of wages.)

A third example is expanding labour-intensive tradeables (such as in the garment sector) by exploiting regional variations in wages, and making a concerted effort to deal with the non-labour costs of private-sector employment, such as transport, training, workers’ housing and infrastructure.

To this we can add a fifth point: to ascend the value chain, South Africa must significantly increase state spending on research and development (which is a large driver of growth) from the current level of 0.71% of GDP to 3 or 4%. This should include renewed investment and support for a domestic arms industry, which is often the incubator for technological innovation, and is exempted from requirements for trade liberalisation.

There are many things that can and should become possible under new leadership, such as greater efforts at import substitution and to “buy South African” – both of which should be pursued to the maximum extent possible that is compatible with our international legal obligations.

There is no magic solution to employment creation and there have been some efforts by the government, such as the Jobs Fund, that have been able to make headway despite the difficult circumstances. But efforts to improve employment in the longer term will succeed only if South Africa manages to consistently grow the private sector over successive decades. DM