Zambia’s Hakainde Hichilema: ‘I had to pay a heavy price for people to open their eyes’ 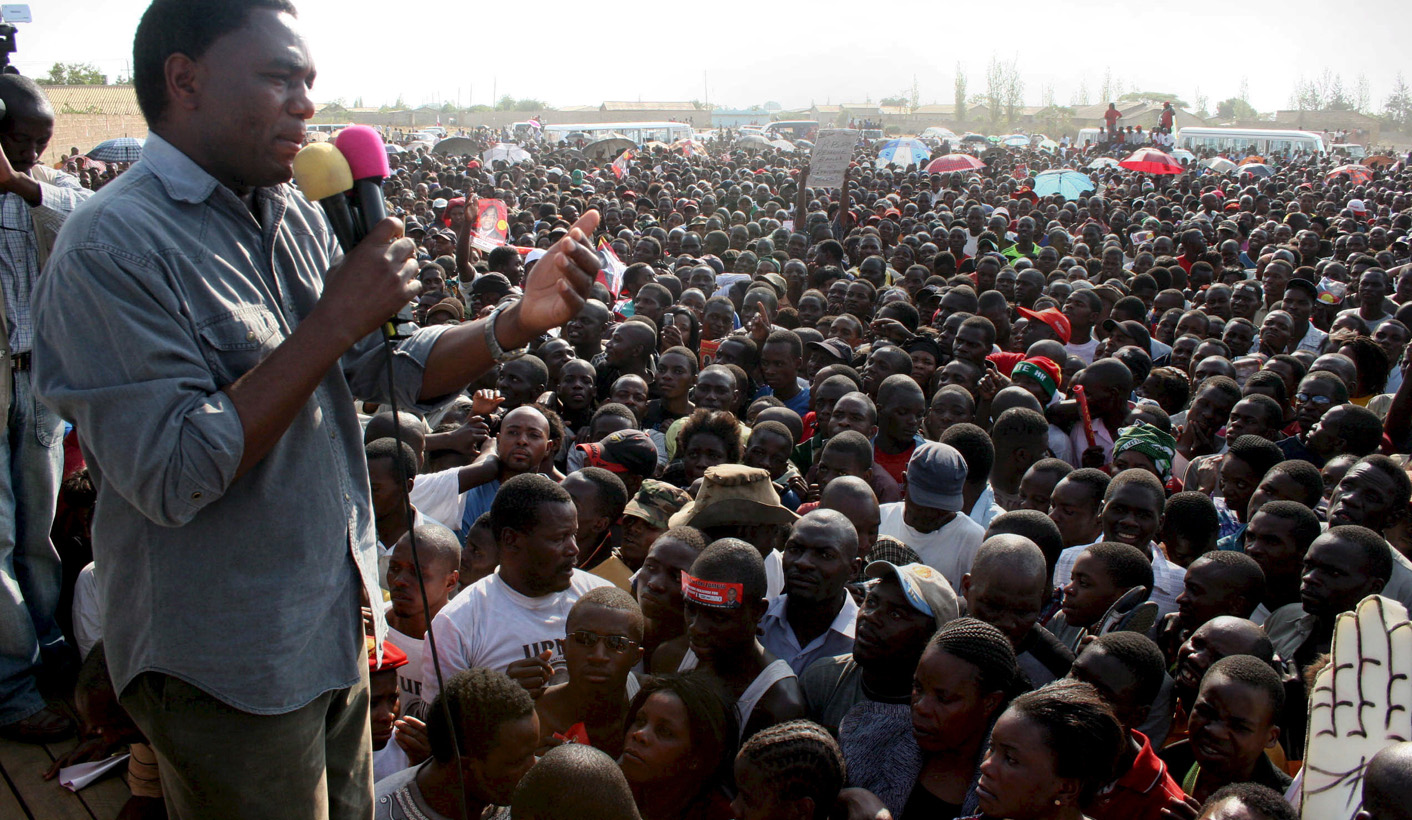 Zambian opposition leader Hakainde Hichilema was not surprised when news reached him in prison last month that President Edgar Lungu had called for a partial state of emergency.

“My party and I have been living under an undeclared state of emergency for a long time now,” he said. “As far as we’re concerned, that just made it official.”

Hichilema was arrested in early April after a traffic altercation with the president’s motorcade and spent the next four months behind bars, facing treason charges in a case that sparked international outrage and saw Zambia declared a dictatorship in some quarters.

The United Party for National Development leader’s release last Wednesday came after intervention by religious leaders and the international community, calling for the political rivals to work together to return political stability to the southern African nation.

“My arrest was uncalled for, absolutely uncalled for,” Hichilema told Daily Maverick in a phone interview several days after the treason charges against him were dropped. “But you know, sometimes things work for different reasons in a certain way. I had to pay a heavy price, but that was necessary for people to be able to open their eyes and become aware of what’s happening in our country.”

The buzzword dominating press releases after the businessman-turned-politician walked free last week was “dialogue”, with Commonwealth secretary-general Patricia Scotland saying in a statement that both Lungu and Hichilema had “pledged to engage in constructive, responsible and forward-looking” talks.

What form that dialogue would take – what topics it would address and who it would involve – was still to be determined.

Hichilema said “a clear road map” was necessary, but his quick summary of suggested issues to be tackled was in itself daunting, covering everything from guaranteeing the basic rights of association and assembly for opposition parties to establishing a truly independent electoral commission and overhauling the justice system.

Hichilema was arrested in April in a heavy-handed midnight raid, with several news outlets reporting that his home had been damaged and his staff beaten. He was held in solitary confinement for eight days, suffering what he described as “degrading and dehumanising treatment”, before being moved to a cell he claims was packed with over 170 other inmates, many still awaiting trial after years.

“It was horrifying to see how bad the conditions were in our prisons,” he told Daily Maverick. “I wouldn’t wish that even on the people that put me there… we’ve got to ensure that we provide speedy justice by getting people into courts as quickly as possible. As people say, justice delayed is justice denied.”

Dialogue would also depend on the ability of the two fierce rivals to bury several hatchets – and egos.

The UPND’s rejection of the closely fought 2016 election – in which Lungu beat Hichilema by just three percentage points – is a particularly sore point. Their petition against the results was thrown out by the constitutional court on a technicality, leaving opposition parties with just enough wiggle room to continually undermine the legitimacy of Lungu’s rule.

Dozens of UPND lawmakers boycotted a presidential address to parliament earlier this year, demanding that their petition be heard. The speaker suspended them in response – without pay – and challenged them to resign if they refused to recognise the president.

Would Lungu finally get that long-denied recognition now, Daily Maverick asked Hichilema, as a sign of good faith?

There was a pause, and then a slow, measured, “Well…

“I don’t think that is a matter that anyone should raise at this time,” Hichilema says. “It’s a chicken and egg situation. What comes first? Who wants recognition when my petition is not heard? Are those two not one and the same, two sides of the same coin? I think there are ways to avoid reopening the sore issues of our situation here. I think anyone who holds that view means they are not ready for dialogue.”

Neither a yes nor a no. “Will you withdraw your petition?”

Again, the pause and the deliberate choice of words: “All of those issues will go through the dialogue process.”

A sit-down meeting with the president himself had not yet been scheduled, but taking Lungu on one-on-one was ultimately inevitable, said Hichilema.

“I don’t think we have a choice. Some things are so difficult, so sensitive that they require political will on both sides… it’s not going to be easy. It will be very difficult. But we have to do it. For the good of our country.” DM

Photo: Zambian opposition leader Hakainde Hichilema was released last week after being arrested in April. Here he addresses his final election rally ahead of the Presidential elections in Lusaka on 29 October 2008. STR /(EPA)