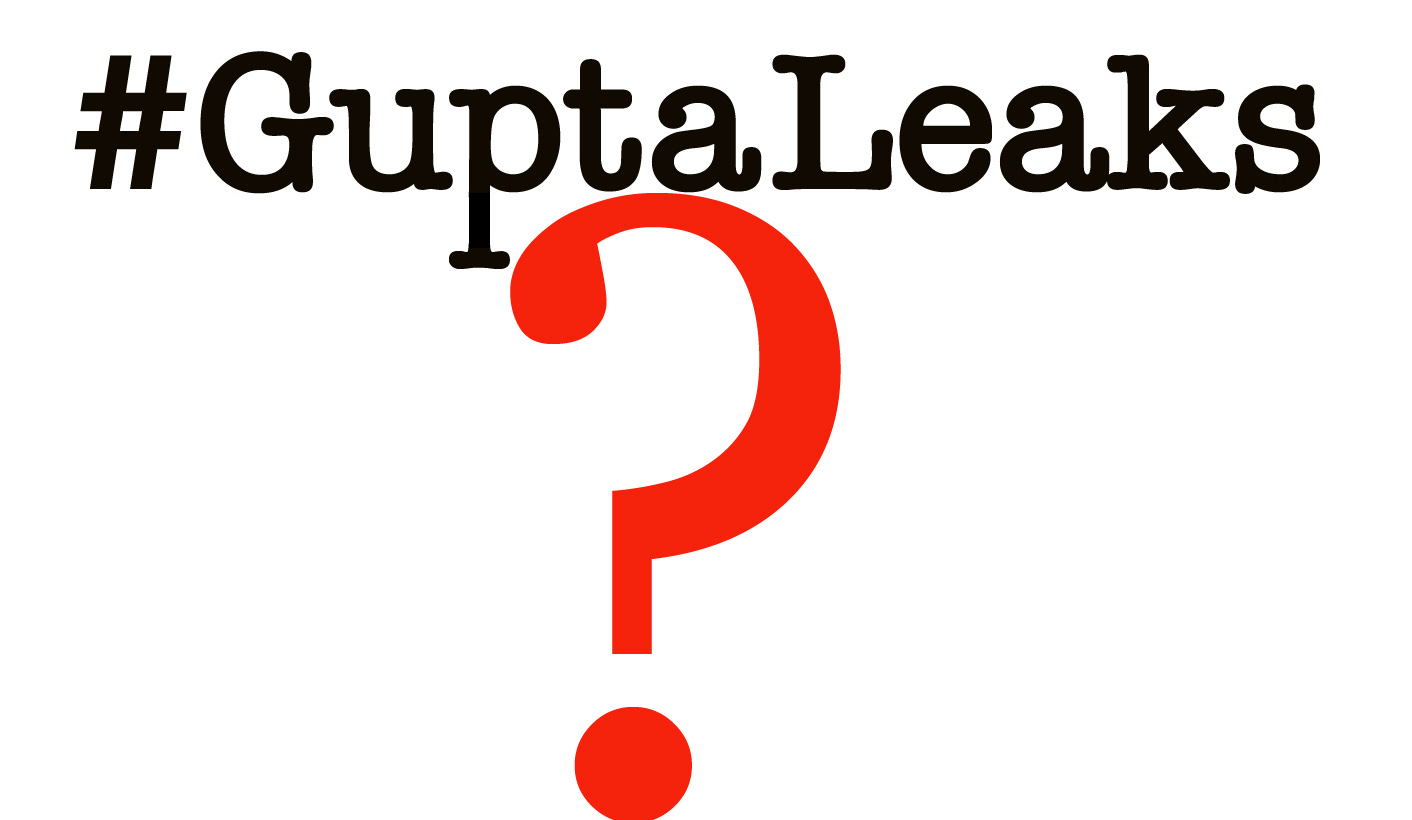 Several high-level meetings unfold in Parliament this week to get to the bottom of the slow, if any, movement on State Capture inquiries by four committees asked to do so. It’s just one of the political pickles facing exercise of the national legislature’s constitutional oversight mandate, alongside ministerial snubbing and misleading of committees and now also a DA call for an urgent parliamentary inquiry into “government’s complicity in allowing Zimbabwean First Lady, Grace Mugabe, to flee the country in the dead of night to avoid criminal prosecution”. By MARIANNE MERTEN.

On Tuesday a delegation of Parliament’s public enterprises committee meets House Chairperson for Committees, Cedric Frolick, to discuss appropriate resourcing for a probe into State Capture dealings at Eskom. The committee’s contemplated inquiry into not only Eskom’s coal contracts with Gupta-owned companies, but also the controversial return of Brian Molefe to the power utility, has struggled to get off the ground for the past two months over various issues from terms of reference to witnesses, but also support like an evidence leader for the inquiry.

This high-level meeting was scheduled after the committee unanimously agreed it required an evidence leader to lead proceedings and advise it on technicalities, similar to Parliament’s inquiry into the troubled governance and financial state of the SABC.

This “unanimous” agreement followed a turbulent meeting last Wednesday when MPs strongly objected to Parliament’s legal advisory unit, saying there were no financial resources for an evidence leader to be appointed from outside Parliament, as a subsequent committee statement put it, and that while MPs were protected by parliamentary privilege against the possible civil or criminal liability, “the same protection does not apply to parliamentary staff or third parties”. Parliamentary legal advisor Sueanne Isaac reportedly advanced this argument because the SABC parliamentary inquiry was instituted under the Broadcasting Act, and thus was deemed a statutory inquiry.

However, Parliament’s rules state that any committee has the power to “summon any person to appear before it to give evidence on oath or affirmation, or to produce documents” among its general powers outlined in Rule 167. In return, witnesses are protected under parliamentary Rule 168, in conjunction with Section 16 of the 2004 Powers, Privileges and Immunities of Parliament and Provincial Legislatures Act, in that “evidence given under oath or affirmation… may not be used against you in any court or place outside Parliament…”

Frolick confirmed to Daily Maverick Tuesday’s meeting with a delegation of the public enterprises committee – “They want to come made a case (for an evidence leader)” – and meetings with the other three chairpersons of the committees he had directed in late June to get to the bottom of State Capture claims. The aim of these meetings was to determine “where we stand and what is the situation”, said Frolick: “I will take the matter forward from there.”

Amid the #GuptaLeaks revelations, and political reaction to the leaked emails outlining connections between the Gupta family, its businesses and business associates to senior public servants and ministers, Frolick issued the directive to these four committees to “urgently probe the allegations (of state capture) and report back to the National Assembly”, according to a statement by Parliament on 19 June, and to “ensure immediate engagement with the concerned ministers to ensure that Parliament gets to the bottom of the allegations”.

Despite the intricacies, legal and political – made more intricate with the ANC factional battles heating up in the run-up to its December national elective conference – at least the public enterprises committee has moved towards probing State Capture at Eskom.

To date there has been little progress even on scheduling such a probe by the mineral resources committee, which went on an oversight trip just before the July recess, and the transport committee, which has invoked legislative work.

But subpoenaing ministers is emerging as yet another potential prickly issue elsewhere on the parliamentary oversight front.

The public service and administration committee decided to subpoena Minister Faith Muthambi after she failed to show up to brief MPs on her department’s fourth quarterly performance last Tuesday, but also to face questions over media reports of hiring relatives and friends and flying friends and family to Cape Town for her Budget vote speech earlier this year.

However, City Press reported that because parliamentary protocols were not followed – there was only a telephone conversation with regards to the claims about relatives, not an official committee letter – it’s deemed a tricky situation. Frolick, according to the newspaper, said that “for Parliament to pursue a subpoena or summons it needed to be sure that it was legally on solid grounds”, quoting him as saying: “It’s a legal process and for Parliament to embark on a legal process, we must ensure that all our protocols were followed.”

And the drama of internal ANC factionalism that saw five governing party MPs boycott the public service and administration committee over their objection to its chairperson, the outspoken ANC MP Makhosi Khoza, may also overshadow any action. The committee must be reconstituted – Khoza was on Thursday axed as chairperson and her five ANC colleagues were also removed in what officially is described as a breakdown of relationships.

Meanwhile, the communications committee must also consider and report on Muthambi ’s conduct, specifically her testimony before the parliamentary SABC inquiry in her previous role as communications minister. The committee is under pressure of short-listing and interviewing candidates for the SABC board as the six-month term of the interim board expires at the end of September.

A report on this in line with the SABC inquiry’s recommendation that those who misled it should be called to account and face charges was finally referred to the communications committee by National Assembly Speaker Baleka Mbete, who is also ANC national chairperson, “for consideration and report”, according to Parliament’s Announcements, Tablings and Committee Reports (ATC) on Wednesday.

It’s a tough juggling job amid the political machinations of an ANC parliamentary caucus divided by factional ructions in the run-up to its December national elective conference. DM