Mduduzi Manana, the demise of the political centre and rise of citizen power 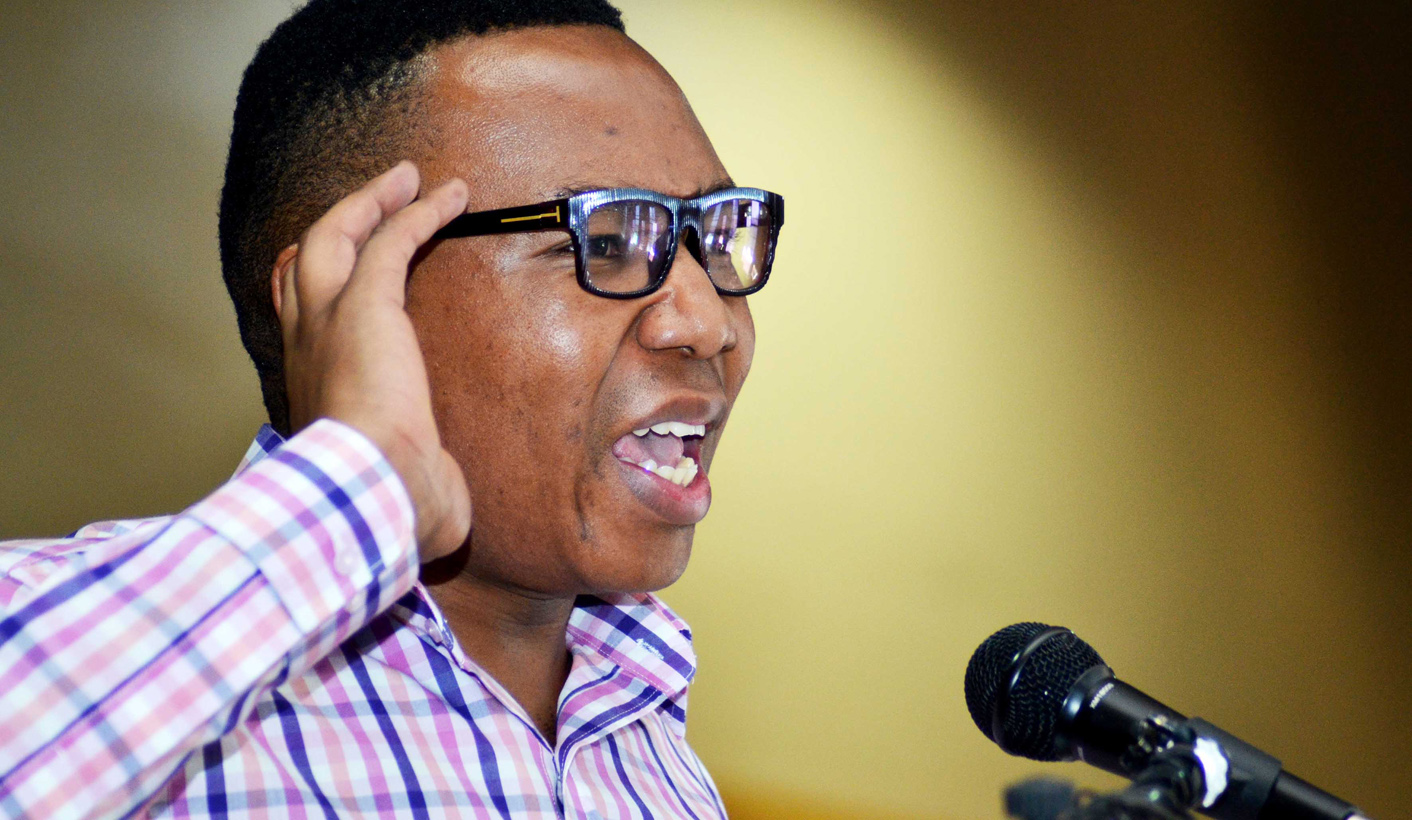 On Saturday afternoon Mduduzi Manana resigned as the Deputy Minister of Higher Education, two full weeks after being filmed hitting a woman in a nightclub in Fourways in Joburg. His resignation followed 14 days of intense public pressure, amid renewed discussion about how men are able to attack women in our society, seemingly with impunity. But his resignation will spark other questions – about why he resigned, whether it was of his own free will and whether this could in fact be the start of a new political culture. At the same time, it may also indicate how much power has flowed away from what you could call the centre, to the hands of ordinary citizens. By STEPHEN GROOTES.

In democracies where parties can and do lose power every 10 years or so, the political resignation is one of the most-used tactics. When a politician is found to have done something wrong, when their conduct is damaging to their party, there is a conversation in a room somewhere. The person resigns to protect the party from any further damage. The opposition parties and media claim a scalp, have wonderful headlines for a day or two, and the crisis passes. Often, that same politician, after a suitable period of “reflection”, comes back into a similar or even higher position than the one previously occupied.

So effective is this tactic that it is surprising it is not used more often in our politics. Instead, most of our politicians tend to cling on to office for dear life. And they are backed, sometimes at great cost, by their own parties. Obviously, as the governing party, it is the ANC that creates more scandal than anyone else. And, equally obviously, the fact that it is led by someone who often gives the impression that he is a walking, talking mega-scandal, makes it hard to demand any kind of accountability from any of its members. Not with a straight face, anyway. Hence the god-awful people like Bathabile Dlamini, Nomvula Mokonyane, Mosebenzi “Gupta” Zwane, and so many others, can behave the way they do.

The case of Manana has been different. First, he has actually resigned. Second, he has done something else that is probably a first in our politics. He actually went to the trouble of writing up a full public statement. And then, he filmed himself delivering it. This was a resignation for the age of Political Twitter, a video that tried to get the message through to people he must see as his constituency.

As a video, it’s not the most effective piece of political theatre around. It is a little stilted, he’s clearly reading the statement (it takes at lot of practice to read something in a way that sounds like it’s not being read), and, some of the language could be more genuine. But he has gone further than probably any ANC politician in the post-1994 era in saying “sorry”. And this is hugely significant.

First, the cynicism. Manana may have waited two whole weeks to resign because he might have thought it would blow over. Obviously, it didn’t, the pressure simply increased. And as it increased, it was starting to bring political pressure onto President Jacob Zuma himself. Zuma’s own difficult record on gender issues was being dragged into it. Zuma is not in a position where he can choose to have more fights, he needs to concentrate only on the ones that guarantee his safety right now and the issues that really matter.

Manana didn’t really matter. You also have to ask if any of this would have happened without the video of him attacking his victim. The video gave the story a lasting juice, it was shown again and again, and it obviously made a denial, or escape, impossible.

The cynical theory would also suggest that in fact Manana has realised that the way out of this problem is to resign now in the hope of coming back later. But for it to work, he needs to make the resignation good. And this he has tried to do. The statement is fulsome, he takes responsibility for his actions (which could also be described as “unpresidential” behaviour at the moment), he says sorry.

But even if we accept the cynical theory of this, it still raises some interesting issues in our current version of a society.

Five years ago it seems unlikely Manana would have had to resign. The political protection of Zuma, of the ANC as a whole (should it have decided to protect him) would have been enough to keep him in office. But the political power both of Zuma and of the ANC itself is not what it used to be. Zuma simply cannot protect everyone any more, unless they are crucial to him (as surely Dlamini and Zwane must be).

But something else has happened along the way. People are not afraid of the ANC any longer. Gender activists who a decade ago knew they had to change the mind of the ANC on an issue to make headway, now know they don’t have to be quite so careful. A statement of condemnation from Luthuli House does not evoke the fear it once did. Last week, a group of journalists, who had travelled all the way from Joburg to Polokwane for a press conference, walked out after being forced to wait for two hours. The conference was due to be given by Bathabile Dlamini, who has refused to answer previous questions on any of the big issues facing the social grants payment system. The journalists who did this would have been aware that another group of reporters had done the same thing to the ANC in KwaZulu-Natal. Reporters are used to being kept waiting by the ANC. But, perhaps like so many other people in this society, they have had enough. And they know that they can walk out and not suffer much consequence.

Journalists knew they would be accused of “disrespect” and of other assorted counter-revolutionary behaviour. But they also knew that their constituency, their audiences, would be on their side, because of the previous behaviour of people like Dlamini (and her spokesperson, Lumka Oliphant).

Ten years ago, journalists would never have dared a walkout. They knew that accusations levelled against them by the ANC would have been very damaging. Now, they understand that actually people simply don’t respect the ANC in the way they did before.

We are seeing this more regularly in our politics. People today generally are far more outspoken than at any time since 1994. So weak is the centre that even ANC MPs are able to openly criticise government and Luthuli House. This legitimises the criticisms made by opposition parties, which in turn leads to more criticism, which makes the party still weaker.

And business is doing the same thing. Business Leadership SA has been scathing of Zuma’s behaviour, it has used incredibly strong language against him. And it has done so without serious consequence. Just six short years ago, in 2011, business was so silent that this writer was moved to write an open letter to organised business. Then, business was fearful of the response from the ANC and government. Not any more.

This then raises the question, will citizens (and journalists) ever again fear, or respect, the ANC in the way they used to? Will they ever be fearful of another political party as they were during perhaps the Mbeki years? It would seem unlikely. During the Mbeki years the ANC gave the impression of being one monolithic bloc. Even people like Zwelinzima Vavi had to tread carefully. This would suggest that the only way it could get that kind of respect again would be if it were to rebuild both its unity and its political dominance. On the evidence before us, that is unlikely.

In a strange way then, the resignation of Manana proves one of the very positive dynamics of the last five years. Amid all of the fear and hype of the political situation, it is often forgotten that it is surely undeniable that the citizens’ voices became much louder. There is more space for action, more political room in which to move. This means public pressure is more effective than it has been at any time since the start of the Mbeki era. This doesn’t mean we are at the brave new dawn of a truly accountable democracy. But if you consider the political power of citizens to be important, we are moving in a good direction. DM