Op-Ed: Charlottesville and the limit of ‘The South’ 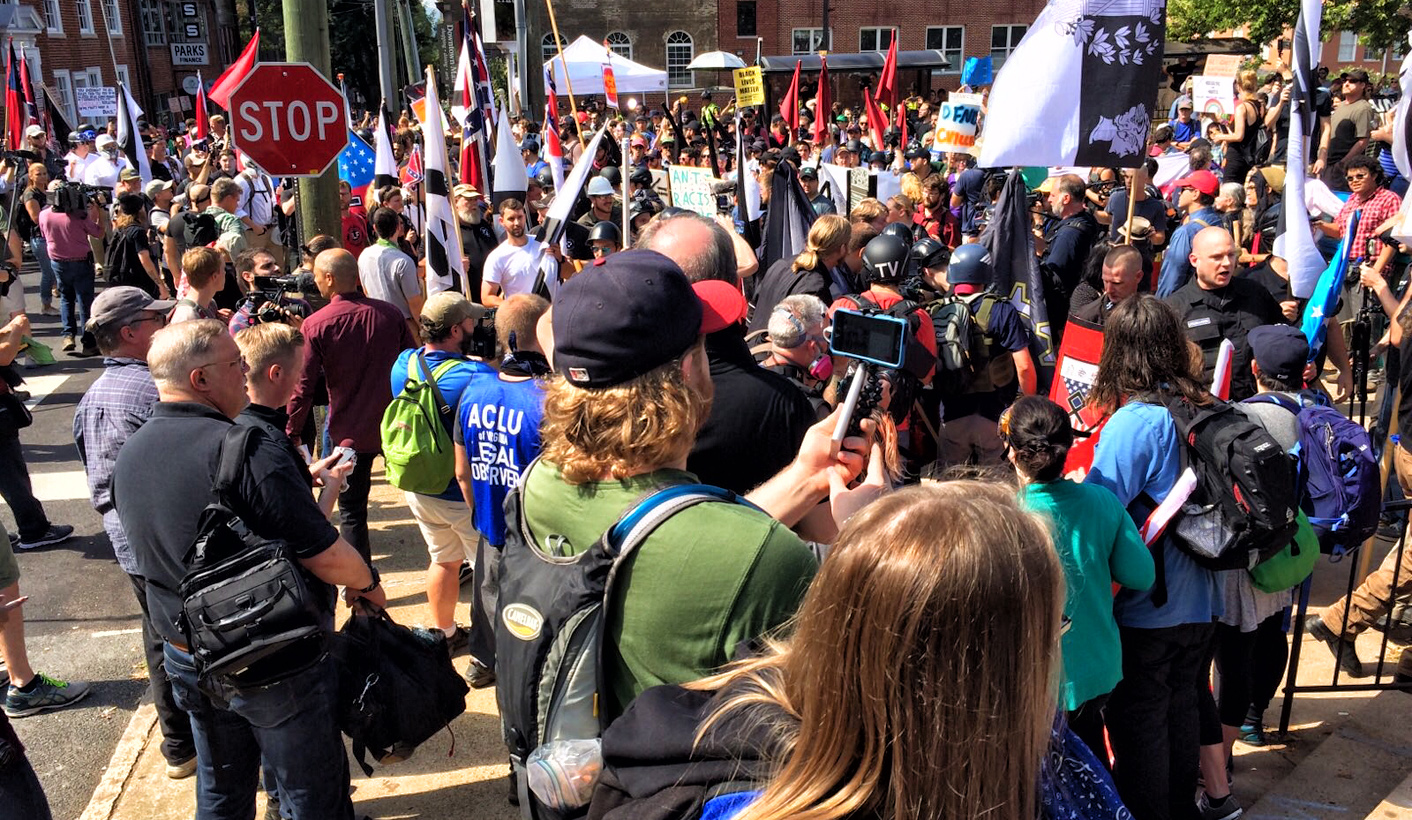 Last weekend in Charlottesville, a Nazi-infused white supremacist rally in support of a statue of Robert E. Lee, a failed confederate general in the US Civil War, became violent and resulted in the death of one individual. As a result of the at times wantonly aggressive rhetoric of United States President Donald Trump, who shepherded the attention of ethno-nationalists on his lumbered path to executive power, many had feared that such an event was inevitable. By DAVID REIERSGORD.

Although the tragedy in Charlottesville isn’t an accurate representation of American attitudes towards race and the meaning of the past, it’s worth grappling with the fact that this event wasn’t a product of “the south”; that the people who participated in this rally came from all over the country (and even Canada). While it’s important to recognise the marginality of these perspectives, there are also serious limits to the simplistic perception that American racism is a unique feature of “the south”.

Earlier this week, I was reminded of these limits when reading through The Man Who Founded the ANC, by Bongani Ngqulunga, about the life of Pixley ka Isaka Seme. As an American reader, one of the most interesting takeaways from Seme’s schooling years in the United States was a particular passage from his remarkable “The Regeneration of Africa” speech given at Columbia University.

On the topic of the cultural, intellectual and religious accomplishments of Africans, Seme made a poignant reference to John C. Calhoun, a former Vice President to John Adams and Andrew Jackson, and one of the most ardent supporters of slavery – he was, perhaps, the most enthusiastic ideologue of American slavery. He argued for slavery as a “positive good”, because of its “dual benefits” for slaves and slave-owners. Moreover, as Ngqulunga points out, Calhoun once said that “if he could be shown a black person who understood Greek syntax he would change his mind and consider black people a human race”. By the time of Seme’s speech, Calhoun was long deceased, and Seme – energised by the burgeoning assertion of black experiences by the likes of W.E.B. du Bois and others of the time – explicitly regretted the missed opportunity to recall for Calhoun the great minds of African civilisations and demonstrate their many accomplishments and contributions to the world.

Having grown up in the state of Minnesota, I was familiar with Calhoun, except that I didn’t quite know it. In a state with more than 11,000 lakes, the metropolitan area of Minneapolis incorporates a few of them. One popular lake in particular is Lake Calhoun, which I used to spend summers cycling around. It received this name after Calhoun set up Fort Snelling in 1812, a crucial military base in Minnesota that once protected American interests in the region.

Despite its name or, perhaps, because racism is understood as a feature of “the south”, the historical significance of Calhoun and his contributions to the American slave economy was largely unknown until recently, when the Park and Recreation Board voted unanimously to have the name restored to its original Dakota name, Bde Maka Ska (white earth lake).

Calhoun was from South Carolina, a hub of the slave economy in the late 18th century and for the first half of the 19th century. He began his career as a member of the House of Representatives, and rose quickly as a kind of political scientist – a term which in the context of the politics of American slavery evokes sharp repugnance. Later, Calhoun became Vice President serving under John Adams and Andrew Jackson. In these roles, his affection for slavery played a prominent role during the expansionist years of the American slave economy.

When new land was settled in the interior of the country during the first half of the 19th century after the Louisiana Purchase, the question of slavery inevitably followed: would the new state permit slavery? This purchase – an area comprised of the middle part of the country extending from Louisiana to the Montana border of Canada – was wrapped up in events throughout the wider world of the slave economy at the time. Having just been defeated by a rebellion in Haiti, the French were sceptical about the prospects of land for slavery in the United States. American politicians, many of which, like Calhoun, came from southern states, jumped at the chance to increase the slave economy. The expansion of the United States – what the history textbooks I read in school referred to as “manifest destiny” – was in large part determined by the demand for cotton and expansion of the slave economy.

The tension surrounding slavery and the question of statehood produced sharp divisions between northern and southern states. Over time, and after a dismally bloody war, these boundaries transformed into cultural divisions, the likes of which played out in the election of Trump, and were violently on display in Charlottesville last weekend.

As a result, a popular perception has taken root in the consciousness of Americans that racism is part and parcel of “the south”. Those like me who grew up in the north were taught about the ugly parts of America’s enthusiasm for slavery as a problem of southern states like Maryland, Virginia, South Carolina, Georgia and Alabama. Our history textbooks didn’t reconcile with the fact that all of that cotton picked in those states had to be sold somewhere — and that somewhere was usually a company in a city in the north, which made its money transporting cotton to a flourishing European market.

While Minnesota, where Lake Calhoun is located, was declared a “free state”, its origins are wrapped up in the broader history of Native American dispossession. It’s worth pointing out that in 1862, the largest mass execution in the history of the country took place in Minnesota, in which more 38 Santee Sioux were hanged at Fort Snelling, the base Calhoun helped set up decades prior, for their role in the “Minnesota Uprising”.

This event took place at the end of the Dakota War 10 1862, after decades of intrusion by European settlers. The Dakota War arguably began the broader Indian Wars fought in the latter half of the 19th century, in which dozens of Native American communities were seemingly eradicated under the guise of “manifest destiny”. This war culminated in the battle of Wounded Knee. At the start of these wars, however, Abraham Lincoln once said to Chief Lean Bear, a member of the governing body of the Cheyenne:

“I can only say that I can see no way in which your race is to become as numerous and prosperous as the white race expecting living as they do, by the cultivation of the earth. It is the object of this government to be on terms of peace with you and will all our red brethren … and if our children should sometimes behave badly and violate treaties, it is against our wish. You know, it is not always possible for any father to have his children do precisely as he wishes them to do.”

While Lincoln is remembered as an iconoclastic symbol of northern attitudes towards American racism, the ugly sentiment displayed above reflects how America’s historically ambivalent attitude towards our wider history of racism gives legitimacy to the simplistic notion that it’s exclusive to “the south”. The unfortunate nature of ambivalence, however, is that it can just as easily become acceptance – like accepting the name of a lake as a given.

We’re typically only inclined to think about the name behind something if provoked to. To think that a lake in Minnesota, far from the cotton fields that provided places like Charlottesville its wealth, was named after a prominent pro-slavery politician like Calhoun, is to think about how an ambivalence towards history can slowly erase what it means, and its connection to the shape of the present. DM