Makhosi Khoza, Interrupted: ‘The ANC I joined is no longer there’ 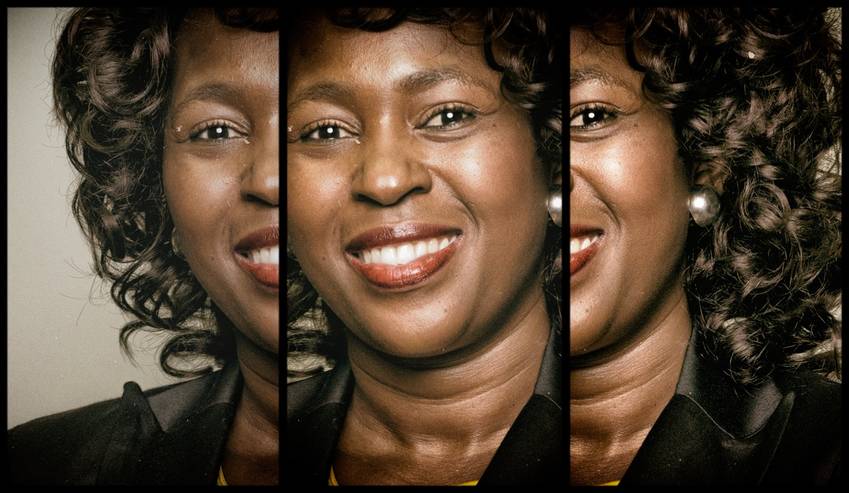 ANC MP Makhosi Khoza, who refuses to toe the party line, was unrepentant on Thursday night after she was fired from her position chairing a Parliament portfolio committee. She said she will continue to work to improve the party and the country. By GREG NICOLSON.

Makhosi Khoza had never been shy about her opinion of the ANC and its leader ahead of the no confidence vote in President Jacob Zuma on 8 August. She and her children had received threats as she continued to speak out against corruption within the ANC and question the president.

“If I am fired because I follow my moral conscience, so be it,” said Khoza on Thursday at the Ruth First Memorial Lecture at the University of Witwatersrand. Earlier in the day, ANC Chief Whip Jackson Mthembu’s office announced that Khoza had been removed from her position as chairperson of the portfolio committee on public service and administration “owing to the irretrievable breakdown of relations between herself and the ANC members of the committee”.

On Thursday, she continued to hit out at her party. “I think South Africa now is entering the next phase of the struggle. The next phase is that of implementing the Constitution of South Africa,” said Khoza. She said there is a “blind brand syndrome” that promotes loyalty to the ANC despite the party betraying its values. “I know the thing I joined is no longer there.”

While Khoza on Thursday questioned the point of remaining an ANC MP while the party continued to betray what she believes is its core values, she remained steadfast in her determination to get both the party and country back on track.

Khoza said she would continue as an ANC MP and keep trying to help develop the country and the continent.

She faces disciplinary charges laid by the ANC in KwaZulu-Natal for her outspoken comments.

Khoza knew that once the no confidence motion failed to remove Zuma there would be consequences meted against his most ardent opponents. Within the ANC, no one has spoken out against Zuma recently more than Khoza and the party acted against her on Thursday.

The no confidence vote was held by secret ballot but there have been calls from Zuma’s allies to punish those who spoke against the president or were suspected of voting against him. Zuma survived the motion by only 21 votes and as many as 39 ANC MPs might have either voted against him or abstained. DM

Makhosi Khoza remained unrepentant on Thursday evening after being removed from her position as parliamentary committee chairperson. Photo: Wikipedia Commons