ISS Today: Will Kenya always be the country of the futu...

ISS Today: Will Kenya always be the country of the future? 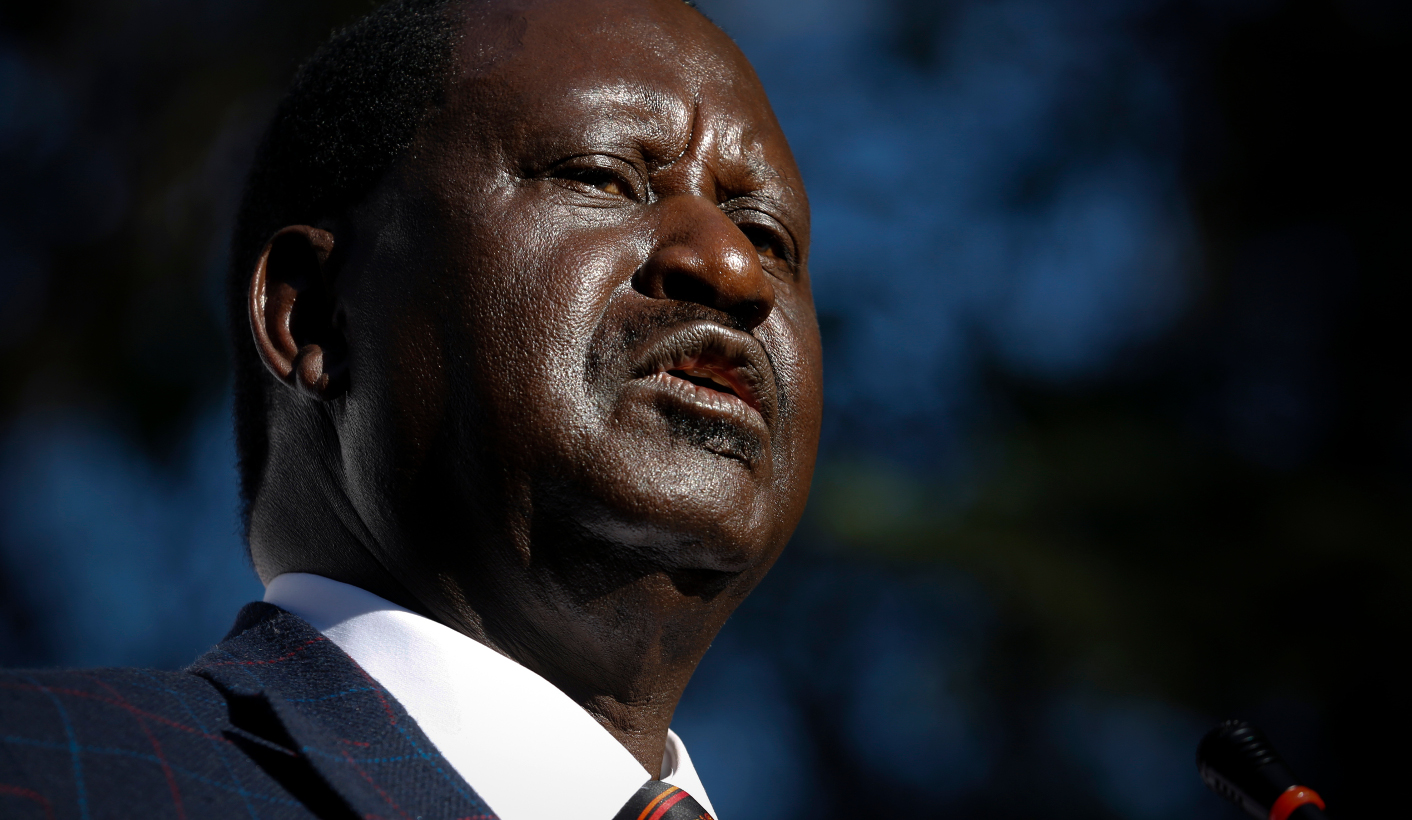 Kenya gets more critical attention than other African countries with far less democratic elections. By Peter Fabricius for ISS TODAY.

Two cheers for democracy. That would probably be a fair verdict on last week’s general elections in Kenya. It was free-ish and fair-ish. Over 15-million Kenyans stood in lines, often long, to elect a president, senate, national assembly, governors and members of assemblies for 47 counties, and women’s representatives.

President Uhuru Kenyatta won a second and last term with just over 54% of the official vote. The perennial also-ran Raila Odinga lost his fourth shot at the top job, managing just over 44%. At least according to the Independent Electoral and Boundaries Commission.

Predictably Odinga again cried foul and claimed Kenyatta’s Jubilee coalition had stolen the election by hacking into the experimental electronic voting system. But none of the many election observers bought that argument. Certainly not the African missions, such as the African Union’s led by former South African president Thabo Mbeki. He cited this election as an example for all other African countries to follow.

Not even the Carter Centre election mission led by former US secretary of state John Kerry was willing to support Odinga. Kerry pointed out that the electronic results were ultimately irrelevant as they had been fully backed up by a paper tally signed off by all party agents at each of the country’s 40 883 polling stations.

So Odinga, that most tragic figure of Kenyan politics, seems now to have finally reached the end of the road. He was last heard urging the United Nations to investigate the elections, but that seemed unlikely to happen.

It’s almost certain that Odinga was really cheated of the 2007 elections by the incumbent Mwai Kibaki. To paraphrase Michela Wrong’s excellent 2009 book about Kenyan ethnicity and corruption, It’s Our Turn to Eat, it was Odinga’s “turn to eat” – and that of his Luo, Luhya and Kamba ethnic coalition. Now most Kenyans seem to regard that as ancient history and want to move on. The youth, who swelled the voting numbers substantially this time, seemed especially repelled by Odinga’s grievance-centred, backward-looking election campaign and wanted to hear a more positive message oriented to the future.

So Odinga and his National Super Alliance (Nasa) coalition probably genuinely lost this election, as they might have done in 2013 too.

Not that this one was necessarily absolutely clean. One election observer was told by a senior official in Kenyatta’s Jubilee coalition – “without a hint of irony” – that yes, the other side would cheat, so they would have to also. Each side would thereby inflate the vote in its own strongholds, this observer believed, while the split in contested areas would probably be genuine. So he concluded that, on balance, the result was probably a reasonable approximation of the reality. Such seems to be a free and fair election in Kenyan terms.

On top of that, one must add the more subtle and not so subtle advantages of incumbency, such as Kenyatta using state helicopters to fly to about half a dozen election rallies a day towards the end, according to local media. No one doubts that many more state resources were siphoned off into the Jubilee campaign. This is one reason to query Mbeki’s view that this was an exemplary election. Another is that it was still fought mainly on ethnic grounds.

Some Kenyans insist that the ethnic polarisation of the past is eroding and that more and more people – especially the young – are breaking out of it, to cast their votes on other grounds. That may be so but ethnicity is clearly still a strong factor. After all, the two main election protagonists were still ethnic coalitions, with Kenyatta’s Jubilee assembling mainly the Kikuyu and Kalenjin and Odinga’s Nasa mainly the Luo, Luhya and Kamba.

Wrong’s book was about Kenya’s anti-corruption czar John Githongo, and about ethnicity. She derived its title from the lamentations of those ethnic groups who felt they had not yet had their fair chance to guzzle at the trough of patronage and all the other goodies that come with access to state power.

Those groups again missed their chance last week and some were angry. “We are tired of Kenyatta forcing himself upon us all the time,” said an angry young Luo Uber driver carrying a passenger away from the Independent Electoral and Boundaries Commission results centre. It was becoming clear that Kenyatta was winning again. “We will not tolerate it,” he said.

And indeed there was something distasteful about the so-called Mount Kenya mafia, the Kikuyu elite from central Kenya who surround Kenyatta, once again emerging triumphant to enrich themselves. Some opposition ethnic groups, if one may call them that, were more expressive than the Uber driver. There were violent protests among Odinga’s supporters in Nairobi’s slums and in the Luo strongholds around Kisumu on the shores of Lake Victoria in the west.

About two dozen people were killed, mostly by excessive police force rather than by sectarian clashes like after the 2007 elections when around 1,200 died.

The new constitution that was introduced in 2010 was designed to curb the two chief and interrelated curses of Kenyan politics – ethnicity and corruption – that led to that catastrophe. The creation of 47 county governments, each with its own legislative assembly and governor, was the main mechanism for that purpose. Devolving more power and resources from the national to the county level would, the drafters of the constitution hoped, reduce the ferocious ethnic-based contest for loot at national level.

Perhaps those founding fathers succeeded in some measure. But clearly not entirely. Grant Masterson, from South Africa’s Electoral Institute for Sustainable Democracy in Africa, observed these elections, as he has many others. He says devolving power and resources to the counties just transferred the focus of the rent-seeking politicians to that level. The politicians followed the money and so there were hundreds of candidates to be members of county assemblies.

He also noted that since the 2013 elections, when the county assemblies were introduced, several county governors who tried to clean up government were simply ousted by votes of no confidence from county assemblies. That left many corrupt governors securely in power. So if democracy is evolving in Kenya, corruption, it seems, is merely devolving.

For all that, it wasn’t a bad election, deserving perhaps of two cheers. And it must be said in its relative defence, that Kenya gets a lot more critical attention than some other African countries with far less democratic elections. That’s no doubt because it has a vibrant media and civil society which is allowed to criticise. And also, perhaps, because it does well enough to create the wish that it would do better, to fully realise its considerable potential. One was reminded of the occasion when someone once suggested to Charles de Gaulle that Brazil was “the country of the future”, to which he quipped: “And always will be.” Will that also remain true of Kenya? DM

Photo: The leader of the opposition coalition The National Super Alliance (NASA) Raila Odinga speaks during a news conference in Nairobi, Kenya, 16 August 2017. Odinga announced that his coalition will move to Supreme Court to challenge the result of the presidential election result which declared incumbent President Uhuru Kenyatta the winner. Photo: DAI KUROKAWA (EPA)