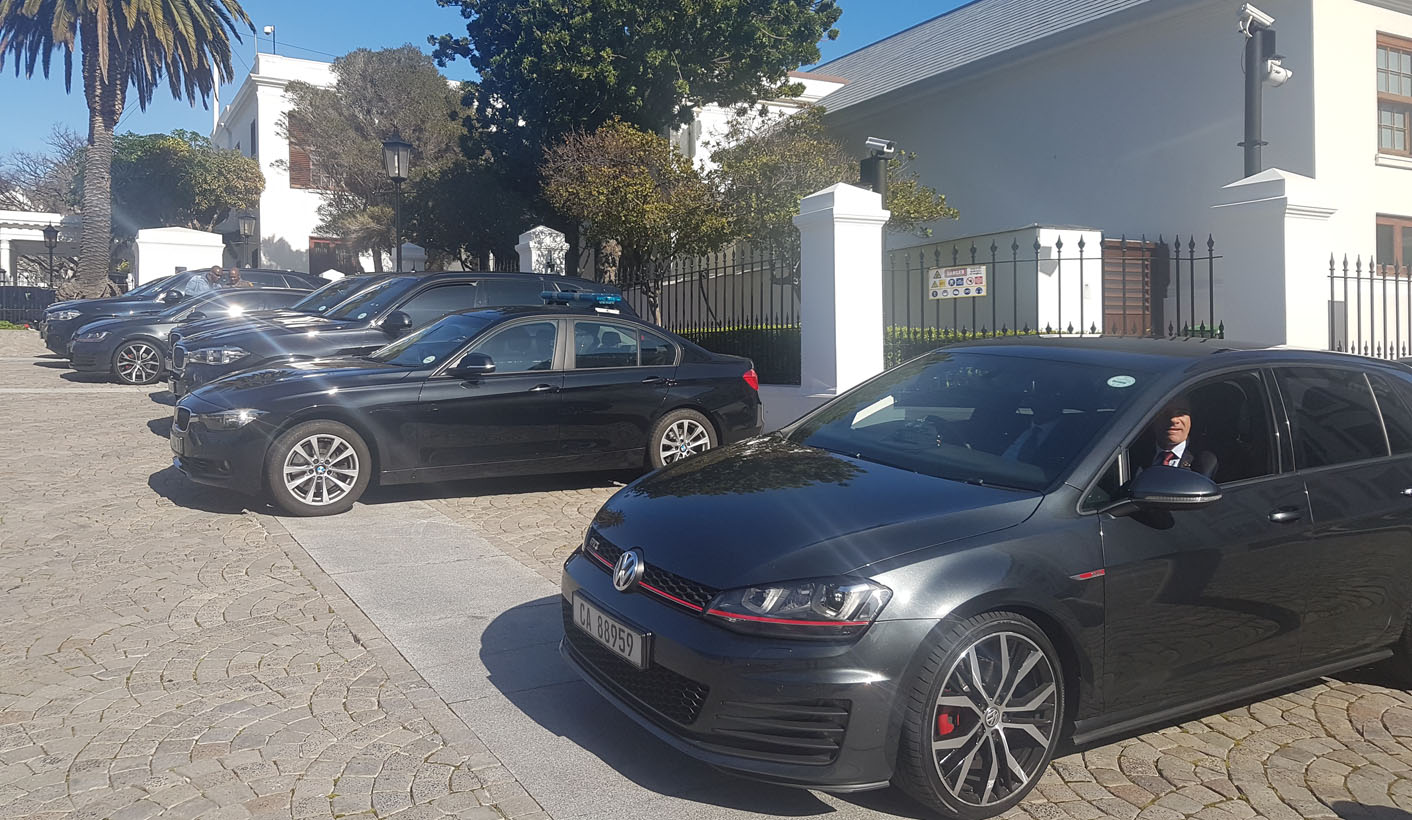 A case of reckless and negligent driving has been opened following an early morning crash involving two SAPS VIP unit vehicles on Johannesburg’s M1 on Thursday. The crash saw traffic delays of more than 30 minutes on the busy freeway and has once again raised question over the behaviour of drivers of blue light convoys. By ORATENG LEPODISE.

A blue light convoy believed to be en route to pick up Deputy President Cyril Ramaphosa was involved in a highway crash on Thursday morning.

“It is alleged that a taxi suddenly changed lanes into the fast lane in front of the lead police vehicle, which forced the driver to suddenly brake,” Police spokesman Brigadier Vishnu Naidoo said, adding that the sudden change of lanes caused one of the police vehicles to brake suddenly, resulting in the vehicle following it crashing into its rear.

One police officer was injured in the crash and was taken to hospital. “The extent of her injuries is unknown at this stage,” Naidoo said.

It is believed that the vehicles were on their way to pick up Ramaphosa but the deputy president’s spokesman, Tyrone Seale, would neither confirm or deny this and referred all queries to Naidoo.

Naidoo, too, refused to reveal which VIP the members were on their way to pick up, saying, “The details are police business and are not necessary.”

Over recent years there has been a public outcry and concerns raised about the behaviour of blue light convoy drivers on South Africa’s roads with them being described as bullies and road hogs.

At least two people have been killed in accidents involving blue light convoys while others have been left permanently disabled.

Some of the accidents that made news headlines included:

Constitutional law expert Pierre de Vos on his blog Constitutionally Speaking wrote: “Section 58 and 60 of the National Road Traffic Act of 1996 were specifically changed in 2008 to allow those who are driven around by VIP Protection Unit Members with blue lights blaring to ignore traffic signs and speed limits. The amended provisions do not require the existence of an emergency situation before the official driver could legally disregard the laws of the road…

“The provisions do place some limits on this otherwise blanket authorisation to break the law. First, the Act states that a driver of a blue light vehicle who disobeys the rules of the road ‘shall drive the vehicle concerned with due regard to the safety of other traffic’. Reckless driving, pushing other cars from the road and speeding to such an extent that it endangers the lives of others are not authorised by the Act. Where the drivers of blue light cars drive dangerously, they are exceeding their legal powers and they should be arrested. If blue light bullies fail to have sufficient regard for the safety of other road users they are criminals and the politicians who condone this behaviour are complicit in the commissioning of a crime. Second, these drivers can only drive faster than the speed limit and disobey traffic signs if they are busy carrying out their official duties. They cannot speed or ignore other traffic rules when they are not actually driving around the VIP, the VVIP, or the VVVIP…”

It was yet to be determined whether the drivers involved in Thursday’s crash were in fact speeding, but Naidoo confirmed that the VIP was yet to be picked up.

However, Naidoo said that police officers could use their blue lights any time that they were on duty.

“At the moment it is difficult to tell whether the drivers were speeding or not as it is not really clear as to what happened,” said DA Shadow Minister of Safety and Security Kate Lorimer.

According the Johannesburg Traffic department, the accident caused a 32-minute delay during peak traffic on the main road between Pretoria and Johannesburg. DM

Photo: Concerns have been raised about the behaviour of some blue light convoy drivers. Here, ministerial cars – which make use of blue lights – are parked at Parliament. Photo: Janet Heard