ANC slaps down SACP: ‘We will not be dictated to’ 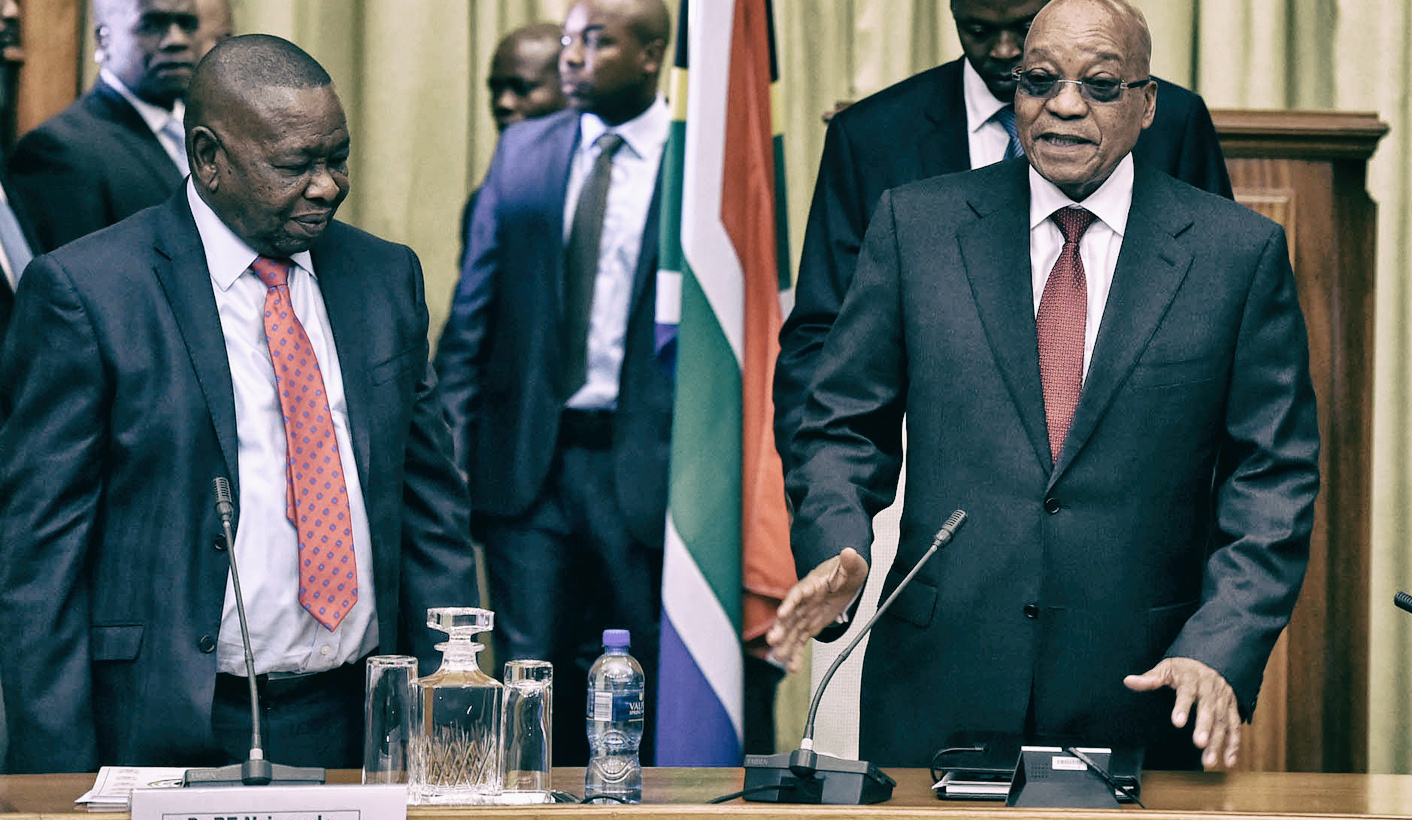 The gloves are off between the South African Communist Party and the ANC, which has hit back over “extremely ill-advised and gravely unfortunate” demands by the SACP that “revolutionary discipline” should be applied to President Jacob Zuma instead of to the MPs who voted against him. As usual, though, it’s still too early to sing d-i-v-o-r-c-e. By CARIEN DU PLESSIS.

Semantic sparring enters the next level when the ANC and the SACP tell each other off in their particularly fierce political street fights. The tripartite alliance has now been reaching that stage on the road to its December elective conference where it’s getting really poetic. The last time it was this much fun to watch was perhaps a decade ago, ahead of the ANC’s Polokwane conference, when the Communist Party was backing the very horse that it now wants to send packing.

In a statement on Wednesday night, the ANC admonishes the communists over their earlier statement. “The road to socialism cannot be paved with venom and obsessive politics on personalities,” the ANC said.

If the SACP was going to tell the ANC how to keep its house clean, the ANC was clearly going to return the favour – and then some.

It also had to remind the Communists who is boss.

“The ANC is not a structure of the SACP and as such shall not be dictated to, via media releases, by the SACP,” the statement reads. “As leader of the Alliance, we have consistently created platforms for robust engagement; each party has had the ample opportunity to present their viewpoints and to seek to influence one another in our thinking,” it said, implying there have been bilateral forums for airing the dirty laundry.

And then: “The issues raised by the SACP have been exhaustively debated and it is extremely undemocratic and arrogant for the SACP to believe its view must not be decreed.”

It’s party spokesperson Zizi Kodwa’s name’s at the bottom of the press release, but it’s not hard to imagine these words being said without it being in Secretary-General Gwede Mantashe’s voice.

After all, Mantashe knows the SACP inside out, having been a chairperson of the party until 2012, when he got too busy being ANC Secretary-General.

Now, it seems, the ANC is seeing this “Colour Revolution” Mantashe warned about last month at the ANC’s policy conference, happening in red – and the ANC doesn’t like what it’s seeing.

This is what the SACP had to say about the “witch hunt against MPs”:

“The myopic campaign clothed in the name of discipline is nothing but a factionally charged agenda. Revolutionary discipline is consistent,” it said, adding that such discipline would have acted against state capture, corruption and deployed office-bearers such as Zuma “for making decisions without consultation” (such as Cabinet reshuffles) and for plunging the country “into a financial crisis”.

In turn, the ANC accused the SACP of two grave sins: one, trying to dictate to the ANC what to do about its problems, and two, doing so through the media.

Mantashe, for one, has the unenviable task of trying to keep together a party that these days finds cohesion more around patronage than principle. The SACP, on the other hand, has always purported to be purely about principle, and the ideological leader of the alliance.

Thus Mantashe has had to tell News24 things like: “I am not in Parliament; I am not in government – I am running the ANC,” when asked why Zuma couldn’t be disciplined for Nkandla, whereas those MPs openly critical of him in the vote of no confidence would have to be.

Disciplining Zuma would split the ANC, and not acting against the “errant” MPs might well have the same effect. What else is Mantashe to do?

It’s a matter of having an “ANC conscience” rather than a personal conscience, as Zuma put it in his call for the MPs to be disciplined.

“We can’t have comrades who take the ANC for granted, who say ‘I have my own conscience’. Please don’t apply your own conscience, but you must have an ANC conscience,” Zuma told his faithful in KwaZulu-Natal on Sunday.

Imagine Mantashe’s frustration, because he, for one, has a personal conscience – he has been publicly critical of Zuma as recently as a few months ago, when he publicly outed the president as having acted without consulting the party in reshuffling his Cabinet.

But Mantashe is also Comrade Nobala (“secretary general”), the one who should have the most ANC conscience of all. The party speaks through him, and he has a responsibility for holding it together. As things stand, the ANC’s powerful national working committee is still mostly in favour of Zuma. Its national executive committee, the highest decision-making structure in the five years between conferences, is more evenly divided but hasn’t as yet succeeded in several attempts to unseat Zuma.

The majority of those in the ANC’s decision-making structures appear to still support Msholozi in the presidential chair – and once the majority has spoken in a majoritarian party, it becomes the view of the entire party.

That’s why the ANC in its statement on the SACP added:

“We reject with the contempt it deserves the notion that acting against ill-discipline of the worst order in our ranks is factionalism. The ANC will not allow complete collapse of political and organisational discipline in the fear of being perceived as being factional.” The ANC appreciates the SACP’s position on Zuma, it said, but “is under no obligation to act merely on the instructions of the SACP”, it added.

In the no confidence fight it’s clear that the ANC has felt beleaguered more than ever before, not only by opposition MPs but also by a few within. In such cases the party pulls up a laager and becomes intensely introspective in the search for its soul, a search that is yielding fewer and fewer results nowadays.

Despite the words, the SACP won’t leave the ANC as yet. It has been threatening to do so every five years at its conferences, but without the ANC, the party wouldn’t get near to tasting power or having some of its actual members in Parliament’s benches or ministerial seats.

Similarly, the ANC needs the SACP to be its ideological lodestar, at least so that it could pretend to be on a course to somewhere, and conscience can sometimes be a bit of a bother. This is a marriage mostly of convenience, which means even if the love seems to be lost, a split is not yet on the cards. DM

Photo: President Jacob Zuma with Deputy Minister of Higher education Mduduzi Manana, Minister of Science and Technology Naledi Pandor, Minister of Higher Education Blade Nzimande, Minister in the Presidency Susan Shabangu and Minister of State Security David Mahlobo during a consultative meeting with the Vice-Chancellors and Chairpersons of Councils as well as with student leaders at the Union Buildings in Pretoria with a view to finding a solution to the impasse. (Photo: GCIS)