Reporter’s Parliamentary Notebook: A tough day in the factional trenches 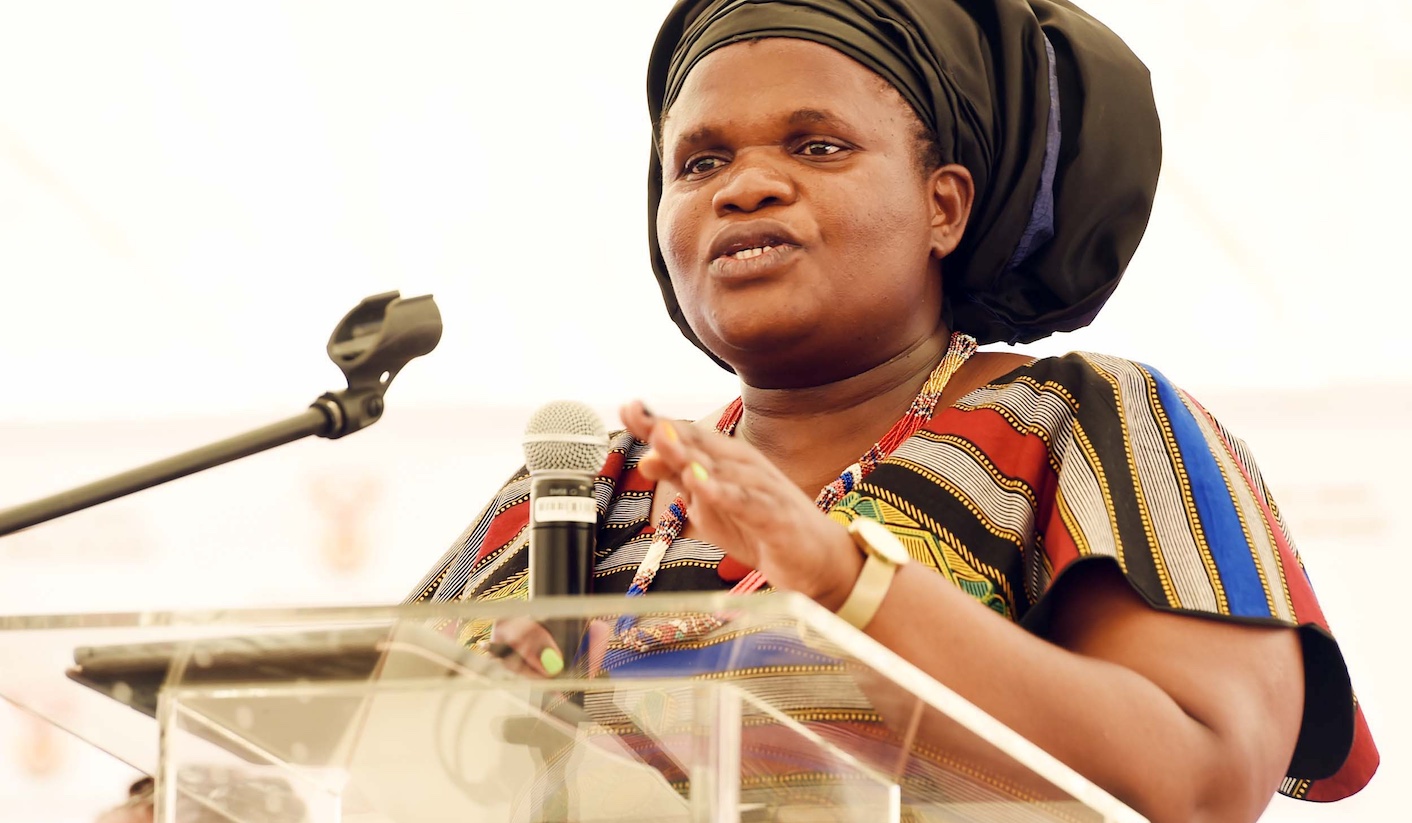 The claws came out across the parliamentary precinct on Tuesday. SAPS and Hawks generals received a snotklap from the police committee, which sent the SAPS packing for not submitting anti-gang strategy documents in good time and then stopped the acting, acting Hawks head’s presentation after he said: “We are not winning the war (against crime).” And the ANC proved it was at war with itself when five of its MPs boycotted the public services and administration committee, demanding action against its outspoken chairperson, Makhosi Khoza, for conduct unbecoming, as the minister, Faith Muthambi, snubbed MPs. By MARIANNE MERTEN.

Makhosi Khoza has remained in her position while facing a disciplinary hearing set down for September for speaking in support of a secret ballot and a vote of conscience in last week’s no confidence motion in President Jacob Zuma. The ANC in KwaZulu-Natal has thrown the rulebook at her. The charge sheet, seen by Daily Maverick, is centred on Section 25.17 and includes charges of behaving in a manner that provokes or could provoke divisions, creating divisions, negatively impacting the ANC’s unity, casting aspersions on the ANC or acting to undermine the ANC’s efficiency.

But for five ANC MPs on the public service and administration committee that’s not good enough. In a letter to ANC Chief Whip Jackson Mthembu, seen by Daily Maverick, the five “strongly object” to being led by Khoza and would boycott meetings “until the conduct of Dr M. Khoza is addressed”. In the letter the five say she had violated rule 25.5.c on unbecoming conduct, on which they appealed for the chief whip’s intervention.

It is understood Mthembu was livid. His office retaliated quickly, saying the five ANC MPs would themselves now face disciplinary action for “gross ill-discipline” as they had been told they must attend the committee as they did not have to “un-deploy” themselves from a job the governing party has deployed them to.

“Whatever their grievance, real or imagined, in relation to the chairperson of the committee is a matter to be dealt with by the organisation, which has deployed all of us. The matter of Dr Makhosi Khoza is being dealt with at an organisational level through the constitutional processes of the organisation. We therefore condemn today’s behaviour with utmost contempt,” said a statement from the Office of the ANC Chief Whip.

The action of these five ANC MPs clearly shows a divided parliamentary caucus, wracked by the broader factional battles in the governing party. Tuesday’s developments highlight the fallout of the call from some factional circles in the ANC, and Zuma, to discipline those who did not toe the party line of defeating the no confidence motion. The voting results of 198 against, 177 for, with nine abstentions clearly indicated at least 35 ANC MPs either voted for the motion, or abstained.

This infighting came as ANC Secretary-General Gwede Mantashe confirmed action against at least three of the party’s MPs for speaking out in favour of a vote of conscience. “There’s not going to be a witch hunt…. Where MPs after the vote of no confidence – at least three of them have done that up to now – go up and confirm they voted with the opposition, we’ll have to deal with that situation… Those who just voted, we are not going to smell them out,” Mantashe told eNCA.

Tuesday’s stunt by five ANC MPs in Parliament’s public service and administration committee had opposition parties up in arms. EFF MP and spokesperson Mbuyiseni Ndlozi said it was an attempt to “collapse” Parliament, a sentiment echoed by DA Deputy Chief Whip Mike Waters, who endorsed the minister being subpoenaed in line with existing parliamentary rules and powers.

Muthambi and her director-general were meant to account on reports of nepotism. The Sunday Times reported a host of relatives and friends being hired in that ministry, although the report, which also traced ministerial attempts to stop publication, was subsequently denied. But neither pitched.

It was left to the sole ANC MP, Nyami Booi, to express dissatisfaction at Muthambi’s snub of Parliament’s constitutional oversight mandate. “It can’t be any other way. People have to be accountable… This is undermining Parliament.”

Earlier, elsewhere in the parliamentary precinct MPs across the party-political divide also felt affronted. They rejected the SAPS generals’ explanation that the timeous submission of documentation – it’s standard practice before committees to enable proper oversight – fell through the cracks because “we were going up and down operationally”. And so the SAPS was sent packing.

Then it was the turn of the acting, acting head of the Hawks, officially the Directorate for Priority Crimes Investigation (DPCI), Major-General Pete Arendse. His boss, acting Hawks boss Lieutenant-General Yolisa Matakata, is abroad – Daily Maverick later was told she’s looking at organised crime but no further details could be released.

He rattled off numbers of arrests, convictions and other statistics from what’s called the National Bureau for Illegal Firearm Control and Priority Violent Crimes, or NBIFCPVC. (Note: yes, really, that’s the acronym of the outfit headed by another acting head.)

There were some labour troubles, said Arendse, as labour had objected to the lack of consultations and that meant the posts could not be advertised and filled. So, the bureau currently was staffed by existing Hawks members in a case of robbing Peter to pay Paul. It had to be done because that bureau was mentioned in Zuma’s 2016 State of the Nation Address (Sona), he said: “The president made a commitment and we made a commitment to the president, we will operationalise these units.”

Police union Popcru confirmed the as yet unresolved labour dispute, which had arisen as SAPS management had failed to adhere to a 2009 joint agreement that requires consultations ahead of restructuring. “The fact that there are too many acting positions has resulted in a situation where no one wants to take responsibility for anything, which has made consultation processes uneasy,” Popcru spokesperson Richard Mamabolo told Daily Maverick. The South African Police Union (SAPU) did not respond to a request for comment.

But it was Arendse’s comment on the lost war against crime that had MPs up in arms. “We are not winning the war (against crime). We are not. If criminals operate in networks it also becomes incumbent on us to respond as a network. All our resources must be integrated…”

Police committee chairperson ANC MP Francois Beukes stepped in. “We do not accept any position that we are losing the fight against crime. We are spending R87-billion of taxpayers’ money on that… More than 12% of the national budget is going to the SAPS and DPCI.”

And everyone agreed. The meeting was terminated, and the Hawks were told to come back with a proper, informed briefing when Matakata was back in the country.

And so Tuesday turned out to be a tough day in the parliamentary trenches. DM