Parliament: SA’s crime-intelligence fighters, at war with themselves 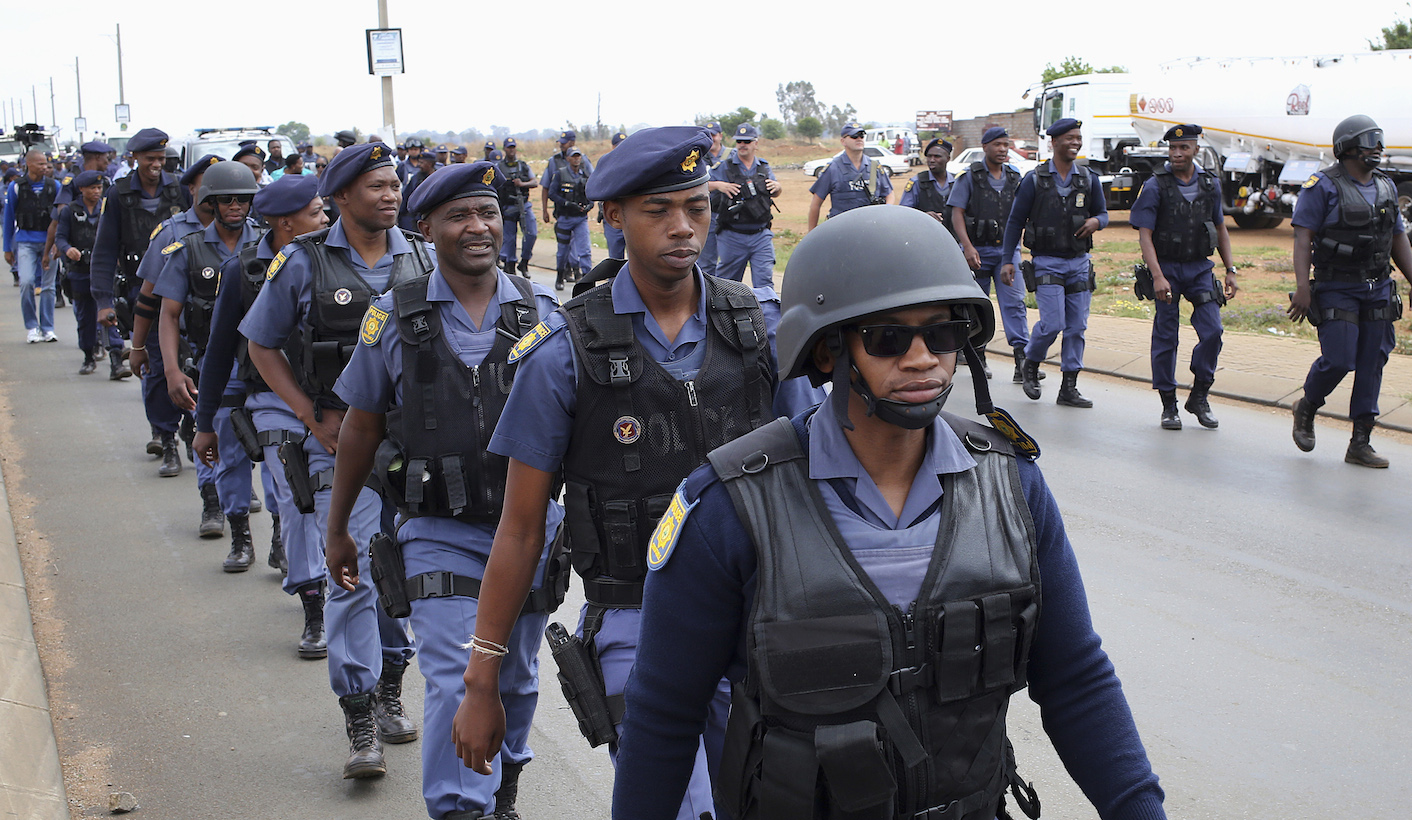 Police crime intelligence is in a mess, with scores of senior officers unvetted and without the required security clearance amid a bruising tit-for-tat turf battle between crime intelligence and counterintelligence. The State Security Agency (SSA) has been asked to step in to conduct security vetting of senior police officers, who have cocked a snook at the juniors staffing the police’s vetting unit. What emerged before Parliament’s police committee on Wednesday was an SAPS crime intelligence at war with itself, instead of helping to direct the war against crime. By MARIANNE MERTEN.

Acting SAPS crime intelligence boss Major-General Pat Mokushane does not have the security clearance required for his chosen career – not since 2007.  This fact  was officially and publicly confirmed on Wednesday. But beyond that, MPs were presented with Byzantine manoeuvrings in the ranks of police intelligence and counterintelligence.

There are currently two investigations into the debacle, first reported by City Press in June, after police top brass initially dismissed reports of missing security clearance or vetting irregularities at a police committee later that month. On Wednesday, ANC MP Luvhuhani Mabija recalled how acting national police commissioner Lieutenant-General Lesetja Mothiba two months ago stood by his appointment. “You said, ‘I know him very well. I’ll bring the certificate to the committee’. Now you are stuck. It means you are untrustworthy… You are being fed with unreliable information,” she told Mothiba.

Mothiba acknowledged that the security certificate which had been submitted to him was “an expired one”, but  instead of bringing Mokushane’s certificate to the committee, he had a junior officer outline different investigations into this saga.

One investigation was finalised on 22 July by Major-General Dumezweni Zimu, Component Head: Counter and Security Intelligence. It highlights the “irregular” printing of security clearance certificates while the vetting process was incomplete – bank statements and qualifications were outstanding – and there were still claims of businesses apparently being run from SAPS offices to be interrogated. Zimu’s recommendations include the rescinding of the security clearance, recalling the document for safe-keeping, and the suspension or transfer of Brigadier ML Phetlhe, who instructed a junior intelligence cop to do the printing on 30 June, 2017 – almost two weeks after Mothiba appointed Mokushane.

A second investigation by Limpopo police commissioner Lieutenant-General Jimmy Ledwaba is set to be completed by Friday. No details were provided, but it emerged that no steps have been taken against anyone regardless of any recommendations.

But that’s not all. Zimu is facing investigation after Phetlhe opened a case against him – there is a letter banning him from travelling outside Gauteng, Zimu told MPs, though the consequences of his travels to Parliament in Cape Town remained unclear – and that he’s going to court for a protection order. Then there was a request (it wasn’t made clear by whom) for Zimu to be suspended because his report was leaked to the media and because of the case Phetlhe had opened against him. Mothiba vigorously assured MPs he was not going to act on that request.

Meanwhile, Mothiba confirmed that the police’s anti-corruption unit is investigating claims that Phetlhe took R50,000 from the Secret Services Account. Remember that slush fund reportedly used by Richard Mdluli, the previous crime intelligence boss who’s been on suspension for some six years, to sponsor holidays and the like?

And the reason for this current security clearance mess?

According to the top brass it’s a systemic human resources issue. While appointments require security clearance, these are made pending the finalisation of the vetting process, which could take up to five years, the period of a certificate’s validity. Mokushane told MPs he has now waited for six years for his security clearance, adding that vetting across the service was “a crisis”. But the police generals side-stepped a question from ANC MP Leonard Ramatlakane as to whether their HR practice was not “tantamount to undermining the law by stealth”.

And then, if there’s a problem with the vetting of senior officers by the junior police officers whose job it is to do so, the juniors just file the documents away. According to Mothiba, that’s what happened in the security vetting process of Mokushane when the claims of irregularities first arose.

The account provided by Colonel Jabulani Tshabalala to MPs with regards to the printing of Mokushane’s certificate before the vetting process was finalised is insightful. He got a telephone call from Phetlhe saying the acting national commissioner was “impatient” for the document. “I must comply with the instruction of the office of the national commissioner,” Tshabalala told MPs, adding later: “I don’t have reason to question an instruction from a senior.” However, it also emerged that he had prepared a letter outlining his actions to Zimu in what could only be described as a classic butt covering move.

Yes, Mothiba confirmed, he has received a long list of senior officers without security clearance. “In my meeting with the SSA I asked them to vet the entire senior management,” he added.

In 2015, State Security, at a briefing on its budget at Parliament, acknowledged a steep backlog of security vetting, and indicated it had made police and military intelligence responsible for their own vetting while bringing back former and retired agents to boost vetting capacity. It remains unclear what, if anything, has happened on this front.

Given the police top brass’s account to Parliament’s police committee, security vetting remains hugely problematic, impacting on governance and effectiveness. Yet police crime intelligence plays a central role in the fight against crime. It is allocated R3.5-billion for the 2017/18 financial year, according to the Estimates of National Expenditure. According to this Budget document, R1.4-billion is for crime intelligence operations and the rest for intelligence and information management, or the “analysis of crime intelligence patterns that will facilitate crime detection in support of crime prevention and crime investigation”.

Integrity is a key component of vetting, not just checking bank statements for an odd influx of money or ensuring there’s no fraud or misrepresentation of qualifications – that’s nothing more than checking for possible vulnerabilities. Given the state of crime intelligence, to fix it, everyone must go. Only then is there any hope of restoring the dented image of the SAPS, and restoring some credibility to its much touted rhetoric of intelligence-led crime fighting. DM