Five years later, we haven’t learnt anything from Marikana 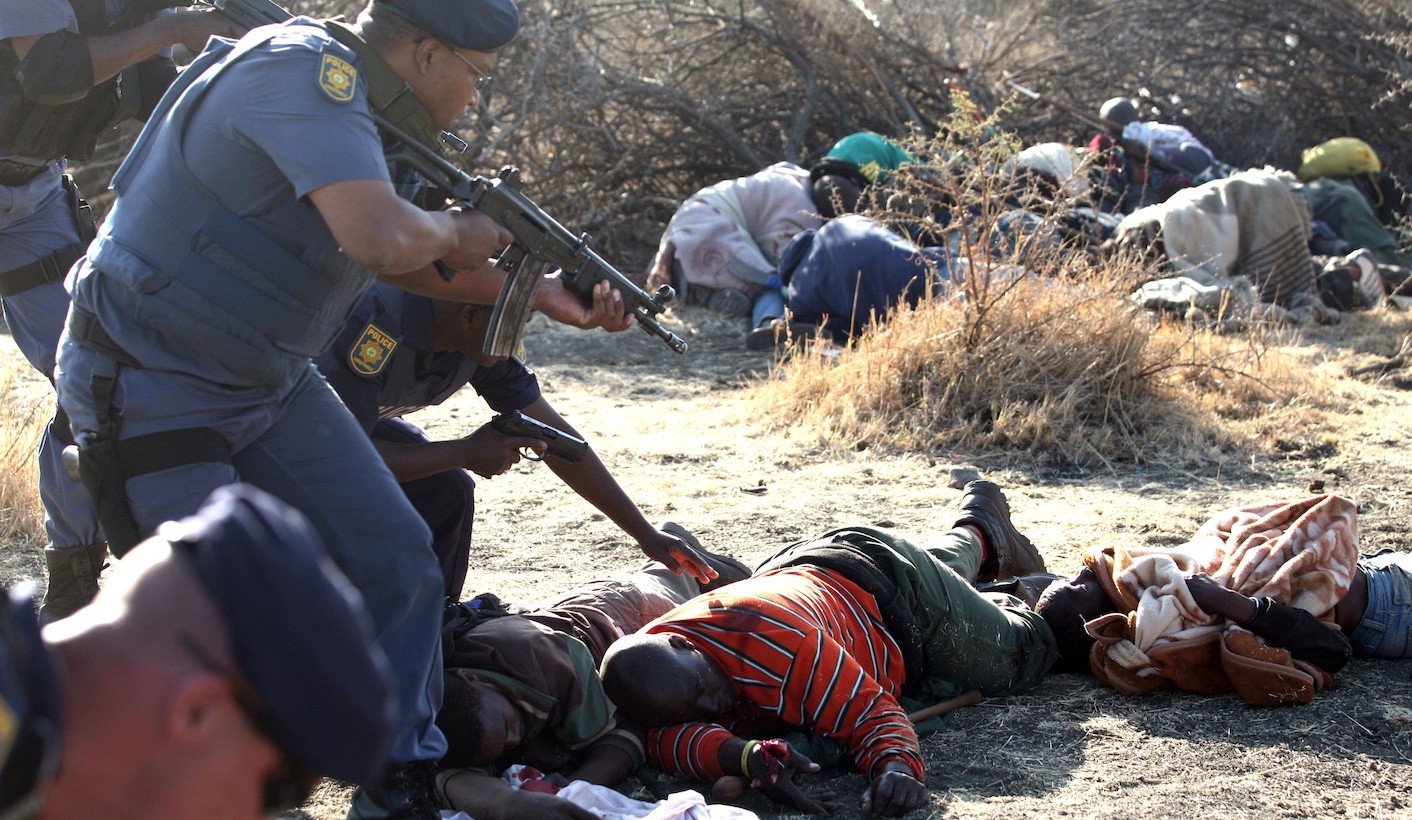 Marikana should have been a turning point. It wasn’t. Five years after the massacre, the country still fails to come to terms with its apartheid heritage and its failure to benefit the country’s majority. By GREG NICOLSON.

“Every spring, shortly after the anniversary of the massacre is commemorated, the wild pear trees blossom, bringing beauty to a place forever haunted by murder”

Greg Marinovich, Murder at Small Koppie: The real story of the Marikana Masscare.

South Africa’s fruits of spring, shared this season by a few more than last, haven’t gone far enough. The democratic state had made incremental progress. It had begun to open access to education and economic opportunities to the majority. Legislated restrictions on movement had been removed. Vast sums had been spent on improving basic living conditions – housing, electricity, sanitation and social grants. The country has improved but not transformed. Marikana should have exposed the broken system, how the new mirrors the old.

In May 2012, mineworkers Alfonse Ramaola Mofokeng and Bulelani Magqabini spoke in a Lonmin change room. According to Luke Sinwell and Siphiwe Mbatha’s The Spirit of Marikana, the rockdrill operators (RDOs) agreed they should fight to almost double their wages to R10,000 to cover their monthly expenses. The work of RDOs, literally at the face of the mine, is gruelling. They decided to organise workers and demand R12,500, allowing for room to bargain. Unions had failed the workers and they started organising through workers’ committees.

The echo of history dictated what happened next. Lonmin workers, emboldened by a strike at Impala earlier in the year, angered by the company reneging on promises, living in squalour, under financial pressure from multiple sides and disappointed by democracy’s deferred dreams, wanted to talk. They spoke to management and were sidelined. Sinwell and Mbatha called the response to the Marikana workers a premeditated attempt to destroy fomenting working-class organisations. Lonmin looked at its bottom line and at all costs wanted to avoid offering large increases.

When negotiations failed to start, workers went on strike. They marched to the National Union of Mineworkers’ (NUM’s) office and the leading union’s members shot at them. Tensions raised, strikers killed three workers they believed had supported their enemies. Two security guards were also killed. On 13 August, police officers killed three miners and the miners killed two cops. ANC leaders like Cyril Ramaphosa, Susan Shabangu, Nathi Mthethwa and Senzeni Zokwana supported a police crackdown. The miners repeated that they wanted to discuss their demands, but the leaders, with Lonmin, decided the police should handle the violent strike. They were scared of political losses –Julius Malema stepping in – and the company’s bottom line.

On 16 August 2012, 34 miners were shot dead by police, 78 were injured. Forty-four people were killed in the week and others in following reprisals. The policing strategy on 16 August was not thought out nor communicated properly among officers. When the cops should have stopped after killing 16 miners, they pursued others, hunted them in cold blood. From the evidence, it appears obvious leading cops knew of and consented to officers targeting and murdering fleeing miners. We know the SAPS officials implicated. Their names should be in the glossary of the Marikana Commission of Inquiry’s report.

Police leaders lied during the inquiry. They hid information. Their stories, despite taking a week to corroborate them, never matched. The country’s police commissioner Riah Phiyega evaded questions and couldn’t answer why she had withheld information nor what she knew when the killings were taking place. Despite an inquiry into her behaviour, she finished her term on suspension. The SAPS led a ham-fisted cover-up and the implicated have either finished their terms, resigned, or been promoted. The commission didn’t even put police shooters on the stand.

In recent weeks, the reopening of the Ahmed Timol inquest has made national news. Timol, an SACP activist, died in 1972 after falling from the tenth floor of John Vorster Square in Johannesburg. The inquest has highlighted apartheid torture techniques, the targeting of activists, and how police cover their own. Forty years later, there are disturbing correlations with Marikana.

On 16 August, cops arrested almost 300 striking miners. They were charged with an apartheid law for causing the deaths of their own comrades. They were tortured in custody. SAPS gathered on their side of the blue line and lied to a state inquiry, successfully confusing issues to the point that the report’s recommendations were so broad that state institutions mandated to investigate them could either bide their time or avoid taking action.

Not a single police officer has been in the dock for the Marikana Massacre. Mineworkers have been called to court for their role. No compensation has been paid to the families of the workers killed. Government has committed to paying, but the figures are still in discussion. Lonmin has said it plans to build a memorial, but it’s only announcing plans five years after the fact. Justice is a reality for those on the enriched side of history and a possibility for the new elite. For the country’s poor black majority, justice remains an illusion and democracy a dream.

Marikana has not led to justice. It was not a turning point. State institutions have not only been captured by the Gupta family, they’ve been inept and open to bias for so long they have failed to lead any prosecutions on those who killed the black working class of Marikana, from the same background as those the state claims it represents.

The National Prosecuting Authority has failed to hold those implicated in the #GuptaLeaks accountable. It shouldn’t have been a surprise after the NPA has dragged its feet on Marikana. The evidence is there. No one, as yet, has been willing to act.

It’s also an indictment on society. Too many people ask why Marikana is still in the news. Some in the scandal-plagued public believe we should focus on day-to-day events. Marikana is “last year’s news”, I was told in 2013. A divided society leads to bubbles, but ignoring a massacre insults the dead and affirms South Africa’s individualistic self-interest as a democracy, prioritising getting ahead while ignoring the majority left behind.

Since 2012, the country’s politics have changed. The Economic Freedom Fighters and National Union of Metalworkers have carved their own spaces outside of the ANC. There was #RhodesMustFall and #FeesMustFall. Collectives have marched against President Zuma’s links to corruption and weakening of state institutions. Workers in Marikana and other platinum companies have even received significant pay increases.

The fundamentals remain the same. The fruits of spring are fruits for a few. Marikana should have been a transformative moment. It wasn’t and, despite marginal progress, inherited seeds of discontent of violence have been planted. DM