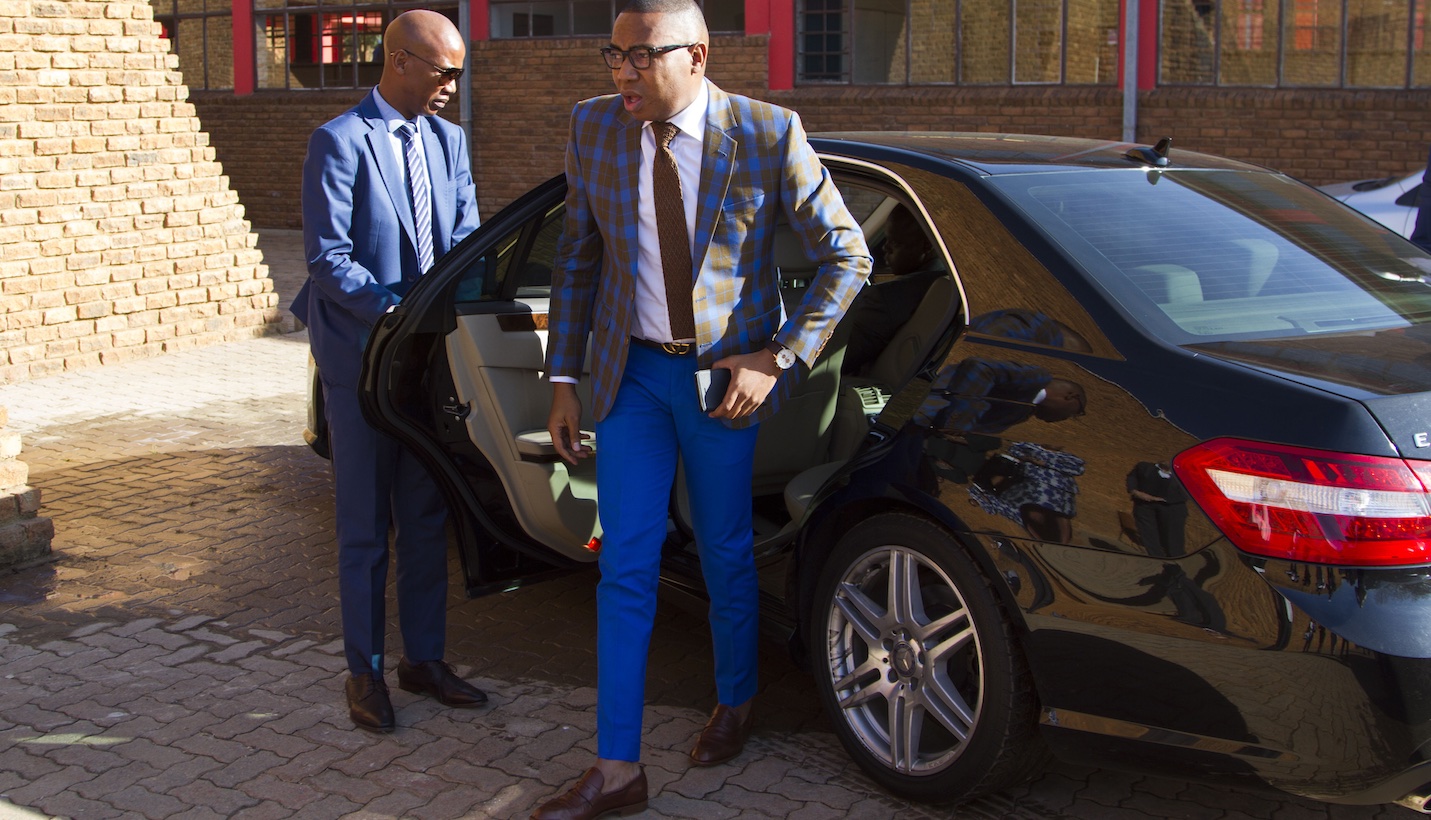 For South Africans who have become so cynical over the last few years that they have lost faith in the criminal justice system, or justice whatsoever, the last week has served as mere confirmation of their view. The case around Deputy Higher Education Minister Mduduzi Manana, who has admitted to assaulting a woman at a nightclub, appears to prove that a class of people have been created who are able to act as if they are above the law because they are in fact de facto above the law. He is not the only person who behaves this way, but the first to get caught on camera in such a way that journalists can drop the word “allegedly” from their reports. The reaction to his non-arrest, and then the gestures of support for him, reveal exactly how our political system has created a legally connected upper class, the people who assume they really are above the rest of us. By STEPHEN GROOTES.

It is important to start with this point. If someone ever tries to convince you that in fact the law has treated Deputy Higher Education Minister Mduduzi Manana in the same way that it would have treated anyone else, ask them this question: What would have happened if a man whose identity and location was known had been caught on camera attacking a deputy minister in the same way that Manana attacked this woman? That should be the end of their argument, and justify your view that Manana has been treated differently.

One of the reasons that so many urban middle-class people have reacted so angrily to this is not just that the evidence was caught on video – it’s that Manana is of a relatively low rank in the ANC policy class. He is a deputy minister about whom most people would not have heard of before this incident. He was given the position by President Jacob Zuma as a reward for standing up to Julius Malema back when he was still in charge of the ANC Youth League. This means that he is unlikely to have much of a constituency of his own, and is one of those figures who is purely dependent on Zuma’s political patronage. And patronage it must be. What, you have to ask yourself, does a Deputy Minister of Higher Education do anyway? It’s a ministry that was considered superfluous until 2009, and was possibly created entirely with Blade Nzimande in mind.

And then we have the reaction from the ANC. From what we know, Manana and Zuma met to discuss this incident. Can you imagine the conversation between Manana and Zuma, the abuse of a woman the only item on the agenda? The younger man managed to beat a woman and the older man was acquitted after an agonising rape trial; the young woman who accused Zuma recently died. Do you think either of them came out of that meeting a better man?

Unfortunately, for those who still support the ANC, worse was to come. When these things happen, particularly in the very week of Women’s Day, the ANC Women’s League always does some tap-dancing. The organisation that has appeared to make defending Zuma its raison de’etre since that trial in 2005 is always asked for a comment. You would think, as supposedly the biggest and most influential women’s organisation in the country, that it would stand for the empowerment of women. Even if it uses male delegates at the ANC’s Policy Conference (and then defends that decision saying that sometimes “women are emotional”). As we’ve learnt over the years, standing for empowerment of women is only optional for the ANCWL these days.

Even so, this time around, Dlamini’s comments are pretty special, in a disturbing kind of way. She says that she will not support the removal of Manana from government because the attack is being used as a “political tool”. She also says that people should not start with Manana because “there are those [who] are actually worse than him… they must come out in the open”.

Take a breath and just absorb that, if you can. Dlamini is saying that Manana must not lose his job, not because he hasn’t done anything wrong, but because “there are those that are actually worse than him”.

If you are not disturbed by this, then ask yourself, do you believe that men should be allowed to hit women and get away with it, simply because “everyone else does it”. Because that appears to be the only way to understand what Dlamini is saying.

Evidence that Dlamini is losing touch with ordinary people has been growing for some time. She has appeared to be living in a different world, where “workstreams” do the work that her Social Development department should be doing, where a company which could be seen as an embodiment of white capital still benefits from the self-created social grants payments near-catastrophe. Her attitude in public is to simply avoid having to ever answer questions on the social grants payment fiasco. Or about anything else. Any attempt at extracting information from her is met with accusations of racism.

It is important to ask why Dlamini would defend someone like Manana. Is it because they both serve the same political master, or because, as we saw again last week, defending the party is more important than anything else? Or is it because both of them feel that they should not, and will not, face any consequences?

In the case of Manana, it appears that this is not the first time he has abused his position. The Sunday Times carried a report based on statements from former staff members in his office who chronicled his genuinely horrible behaviour.

Why did none of this come out sooner? Why did these workers, these staff members, simply accept this kind of treatment and not complain about it? It would appear that the answer lies in the power relationship between them, and the certainty in the minds of these workers that nothing would be done. This goes to the heart of the upper class that now appears to exist: those who live in their rarefied spaces are imbued with great powers and are legally untouchable.

The roots of this go back a long time, probably to one of the first scandals in the ANC-era, Sarafina II. It was presided over by one of the contenders for the ANC’s leadership in December. Even the Arms Deal, which was widely seen as inherently corrupt, has seen only two people jailed. The first was Tony Yengeni, who was carried to Pollsmoor on the shoulders of people like Baleka Mbete. The second was Schabir Shaik, who, despite being mortally ill, has apparently improved his golf handicap ever since he was released on medical parole.

It is precisely this culture that has led to the blue-light brigades, this sense that, “I can do this, I can break the law, because I am in the ANC government.”

This is really short-hand for another thought which must be, “I can break the law, because I am the law.”

It may be trite, in these circumstances, to mention what the Constitution says. But, it’s worth examining anyway. It’s very simple actually, “Everyone is equal before the law and has the right to equal protection and benefit of the law.”

It’s in the Bill of Rights. Simple, isn’t it. And yet, so obviously ignored, neglected and disobeyed in so many ways.

Then there is the immediate impact. Imagine, for a moment, that another Deputy Minister finds himself in a nightclub next weekend. And hits a woman in the same way that Manana has done. But this time, this woman happens to be at the club with her two brothers, four male cousins and two close family friends. Together, they make up the forward pack of the local rugby team. Will they stand back and wait for the law to take its course? Knowing that this Deputy Minister will probably never face it. Or will they take their own action, before this Deputy Minister can call for his VIP detail?

And what would you do in a similar circumstance?

One of the fundamental mistakes of this group of people is that such is their distance from the rest of us, they believe there is no such thing as right and wrong, that the space beyond those extremes belongs to them personally. But they might find that is not what most people believe. That most people don’t actually have “smallanyana skeletons” to protect. Most people want to bring up their children believing in the rule of law. And those people may find that there is nothing to gain from voting to defend these untouchables, when the time comes. DM