Op-Ed: Fear is a daily reality for South African women – let’s change that 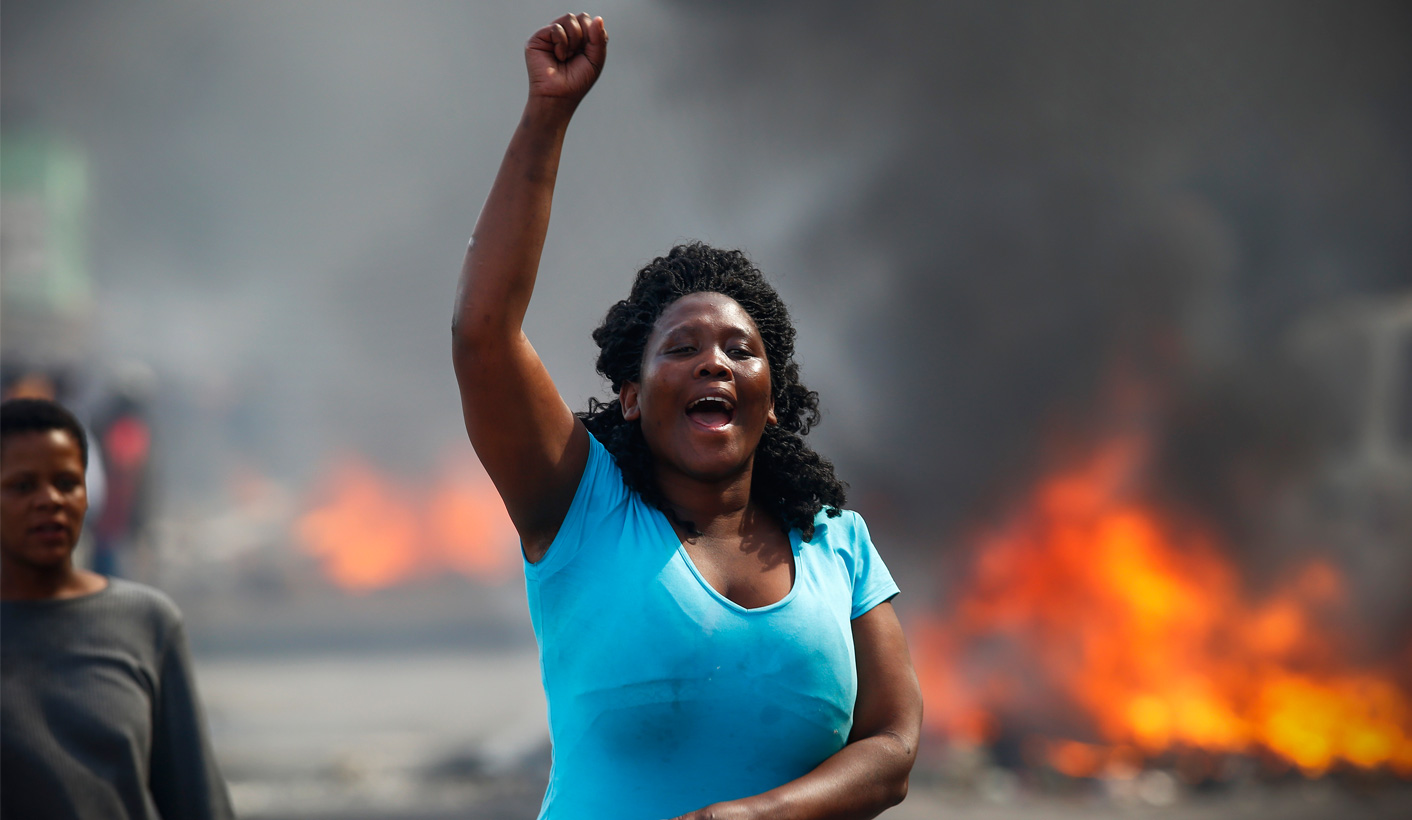 Fear is a default measure for most South African women in everyday life. Peace cannot co-exist with fear. It is possible to push back paralysis and build a society without fear. By RIKKY MINYUKU.

A few months ago I found myself taking a taxi with my younger daughter. As I walked down a dark corridor towards the taxi rank I felt my fear rise and my heart beat faster and faster. I was relieved when we finally got on to the taxi, but the reprise was short-lived. My daughter started talking about her day as she usually does and I quickly asked her to speak softly and not draw attention to us. As we got off the taxi, I placed the house key between my fingers, ready to stab any attackers. I waited until the taxi left to make sure that no one else got off and followed us home.

For that one evening I had to grapple with the fear that most South African women face every day using the public transport system. What surprised me is how easily I recognised the fear and how quickly I implemented measures, however insignificant, to mitigate the dangers. When the default measure is fear in your everyday life, something is very wrong. But when fear is the default for most women, then society must be corrected. We cannot talk about a Women’s Month without addressing this fear that permeates our society.

In discussing her book Rape Culture, Pumla Gqola talks about the fear that rape culture generates in women. You can never relax, you are always policing yourself and in my case, your children. Fear permeates South Africa. The rape culture that has long existed is becoming visible as more rapes, murders, burnings, and mutilations are being reported. Social media is helping to spread word of the dangers we face. Yet it seems the more we learn the more we become paralysed. Why is this?

South Africa is a society that had one of the most powerful mass democratic movements to remove apartheid. We fought for change and peace – individuals, institutions and organisations. I remember as a teenager, the entire school filing out of class to go stand on Louis Botha Avenue and join a protest to demand peace and the finalisation of the Codesa negotiations. We joined a ranks and hands with people in a line that started in the Johannesburg CBD, ran through Hillbrow and went all the way down to Alexandra. This at a time when the apartheid super-structure still ruled with all the weapons of violence and oppression, from the tear gas and live fire wielded by the police to the pangas of hostel dwellers in the townships. Why did fear not stop us, children at that time?

When I think about this country’s trajectory after democracy, we have focused on building institutions and passing legislation. We also bought into a dream that peace has arrived and we can all now concentrate on our lives. This focus on our lives has been characterised by a strive for individual gain; what some have called an aspirational culture. The biggest casualty of this approach has been the demobilisation of our society and its mass democratic institutions.

At the same time, we have begun to see the failure of the institutions and laws that we have put so much trust in. We have begun to see clearly the intransigence and persistence of the very social structures that we wanted to dismantle – from racism, to violence, to lack of accountability. It is most evident in the lived experience of the most vulnerable – non-nationals, gender non-conforming people, women and children. While state capture holds the imagination and energy of many, this translates into a real daily toil to survive for the majority. This is not the society we fought for and so many died for.

At this moment of fear and failure, this seminal moment, the call for change has begun to ring again. Bear in mind, it’s not our political or business leaders who are speaking up. It’s not our institutions who are fighting their own paralysis. Its civil society formations and individuals who are raising their voices and gathering momentum to push for change.

As women and their allies in this struggle gather, they are asking themselves questions. What really is going on? What happened to the women’s movement? What lessons can we learn from the past? What new strategies are relevant today?

As part of a growing collective building a national platform for action, Sizimbokodo, I have learned stories of women’s action taking place everywhere. Women in taxis are starting conversations and questioning fellow male passengers. Women in Dobsonville are walking the streets blowing whistles to call women out of their houses to come and pray and act. Women from Benoni travelled to Kroonstad to encourage their counterparts in the community where Matiisetso Nonki Smous was brutally raped and murdered to stand up, speak out and act.

At the launch meeting for the South African Women’s Collective, women young and old, from all sectors of society spoke. Acknowledging our rich history of struggle, pledging to act and recognising the role that everyone has to play. Women were reminded of their financial power and their right to demand the benefits of this constitutional democracy. The call to action resounded and resonated.

On the 9 August, the End Impunity for Violence Against Women Campaign was launched by Tshwaranang Legal Advocacy Centre (TLAC), People Opposing Women Abuse (Powa), Women’s Legal Centre (WLC) Hlanganisa Institute for Development SA (Hlanganisa) and the Initiative for Strategic litigation in Africa (ISLA) who are working together to assist survivors and victims of violence against women to hold the state accountable for its failure to protect them from violence. Women within the legal sector have taken up the call to grapple with the systemic issues within their sector and created a platform for other women to engage and support.

Yet, fear and paralysis keep many of us sitting in our comfort zones. Peace cannot co-exist with fear. It is possible to act. Raise and contribute money to the multiple platforms being developed for national action. Speak to each other, in your homes and workplaces. Talk to your neighbours and friends. Use your networks and platforms to raise money and to raise awareness. Write articles; put issues of gender-based violence on the agenda at your schools and in your churches.

Different sectors of our society – business, media, churches, education institutions, artists and government – need to take stock of the ways they contribute to rape culture and femicide. They can host discussions and begin to develop mechanisms to address and prevent. They can support a national women-led initiative to end this scourge in our society.

Every action is a drop in this tide of change. Courage is acting despite fear. And the time has come to build a society without fear in South Africa. DM

Rikky Minyuku is the working group member for the Sizimbokodo Movement to smash patriarchy, which is supported by Oxfam South Africa. Visit www.oxfam.org.za

Photo: A new initiative, the South African Women’s Collective, was launched recently to hold the state accountable for its failure to protect them from violence. In this file photo, a resident of Masiphumelele in Cape Town protests against the lack of policing in her impoverished area. Photo Nic Bothma/(EPA)