ISS Today: Employment must be central to South Africa’s economy 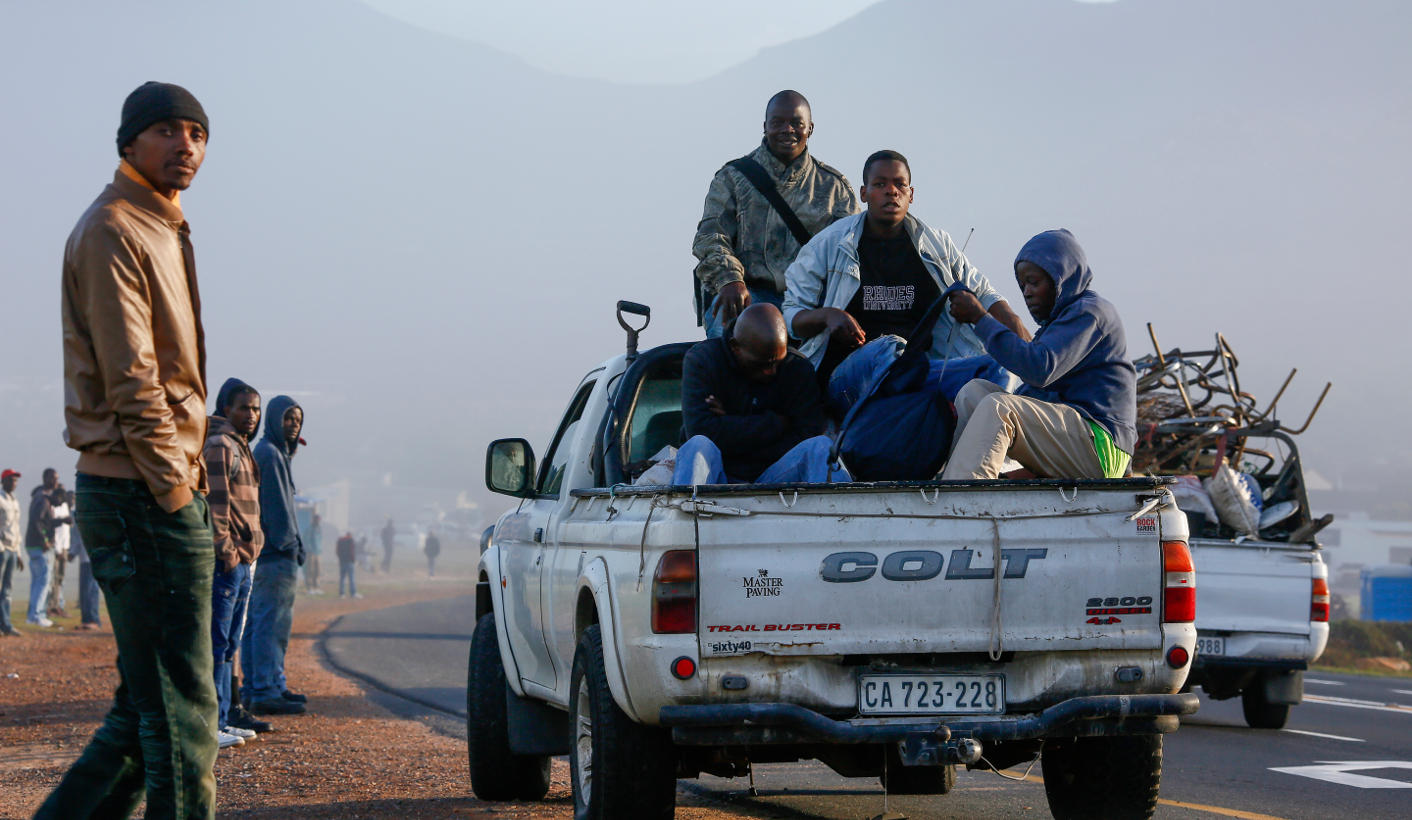 South Africa must trim its excesses, and make work more accessible for more people. By Jakkie Cilliers for ISS TODAY.

Only an economy where employment is placed at the centre of economic policymaking will work for South Africa. This will require a complete shift in mindset.

To achieve rapid growth, South Africa needs foreign and domestic investment, and that requires confidence in the future, which, in turn, requires stability and political coherence. It needs the involvement of all sectors of society – rural and urban, rich and poor.

That means increasing the supply of skilled workers through improved education and by encouraging inward migration of skilled people and a more flexible labour market. It also means investing in healthcare and infrastructure to increase the productivity of workers.

South Africa should not, of course, abandon its efforts at global change through membership of Brics (Brazil, Russia, India, China and South Africa) and other clubs. But evolution is more likely than revolution, and economic diplomacy is not well served by constantly criticising some of our major trading partners while remaining silent on the excesses of others.

Of these objectives, finding a way to create a more flexible labour market remains the least likely. But an environment needs to be created in which employers are willing to take on new entrants to the labour market so they can accumulate the required work experience to make them valuable and productive employees. This will happen only if employers can also terminate employment contracts under reasonable circumstances.

On a practical level, South Africa need look no further than the 18 million still living in the former homelands who are locked into poverty. In line with the approach advanced by Peruvian economist Hernando de Soto Polar, the transfer of communal to individual private property rights in these areas would empower many rural South Africans.

This way, dead capital would become bankable assets. Most of the land in these areas belongs to the government, and not to the communal leaders. The transfer of land to individual ownership is a prerequisite for rural transformation and growth. Such change requires a modernist government committed to economic growth as a priority, not to the traditionalist policies and ‘big man’ leadership of yesteryear.

No growth path will succeed if improvements in productivity don’t outpace wage increases. The National Development Plan, explains Nicoli Nattrass at the University of Cape Town, proposes to compensate workers for their wage restraint “by lowering their cost of living … whilst continuing to support skill development and productivity growth in dynamic economic sectors where there is more space for wages to grow without undermining employment or profitability”.

However, she says, the “counter-narrative about higher wages necessarily being good for productivity and economic growth is standing in the way of any kind of employment-promoting class compromise in South Africa”.

A growth orientated, employment-intensive pathway inevitably means reviewing and cutting back on the 700 or so state-owned enterprises that give a miserly 2.9% average return on investment.

A first step could be to ensure that all these enterprises have proper boards of directors, with the relevant commercial and other expertise, who can run them in a financially responsible manner. These companies should also be subject to comprehensive and independent performance audits, including tender processes and risk-management frameworks. The results should be made public and form the basis for the newly constituted boards of directors to take things forward.

There are instances where state control and leadership are needed, such as investment in strategic manufacturing sectors, state support of research and development, and so on. But state-owned enterprises in the mainstream economy, such as South African Airways, that perennially under-perform should be self-sustaining or be sold off.

It means ending the subsidies whereby Cuban engineers and medical doctors are imported at great cost to the taxpayer instead of employing South Africans or encouraging skilled inward migration, which is free. It means cutting back on perks for government ministers and officials. It means a state that is committed to quality.

Admittedly, some of this expenditure is due to social grant payments, but nevertheless, the management of South Africa is too expensive. There are too many unproductive senior officials and too few at lower levels who actually do things like teaching, policing and providing health care.

We need a strong, capable state as a regulator of a much larger private sector. The state must be an investor in key sectors to spur innovation, to direct much more research and development funding, and, above all, to channel resources in a manner that deals with the historical legacy of apartheid.

But a strong state doesn’t need to be a big state, and the current trend that has seen the steady increase in the size of the civil service while outsourcing core government functions to a network of patronage clients must be reversed.

There are many reforms that could derive greater efficiency from the government and reduce corruption. For example, amendments to laws and the Constitution to remove the powers of the president to appoint directors-general (often against the wishes of ministers) and the requirement for merit-based appointments (including cabinet appointments) based on minimum education qualifications are obvious starting points.

A second reform would be limiting cadre deployment, and instead appointing and promoting senior managers and officials based on merit and qualifications. Then there is the obvious need to reduce the size of the cabinet to probably half its current number, to consolidate ministries and departments, and do away with most deputy ministers.

Other obvious reforms would be to strengthen the legal powers of the Auditor-General to allow for the enforcement of its recommendations. This would help to rein in South Africa’s 35 national government departments, nine provinces, 278 municipalities and more than 120 state entities.

Although the Auditor-General enjoys relative freedom in South Africa, institutions are not compelled to heed his audit findings. This too needs to change. DM