Analysis: What can Zuma do to the rebel MPs? Not much, actually 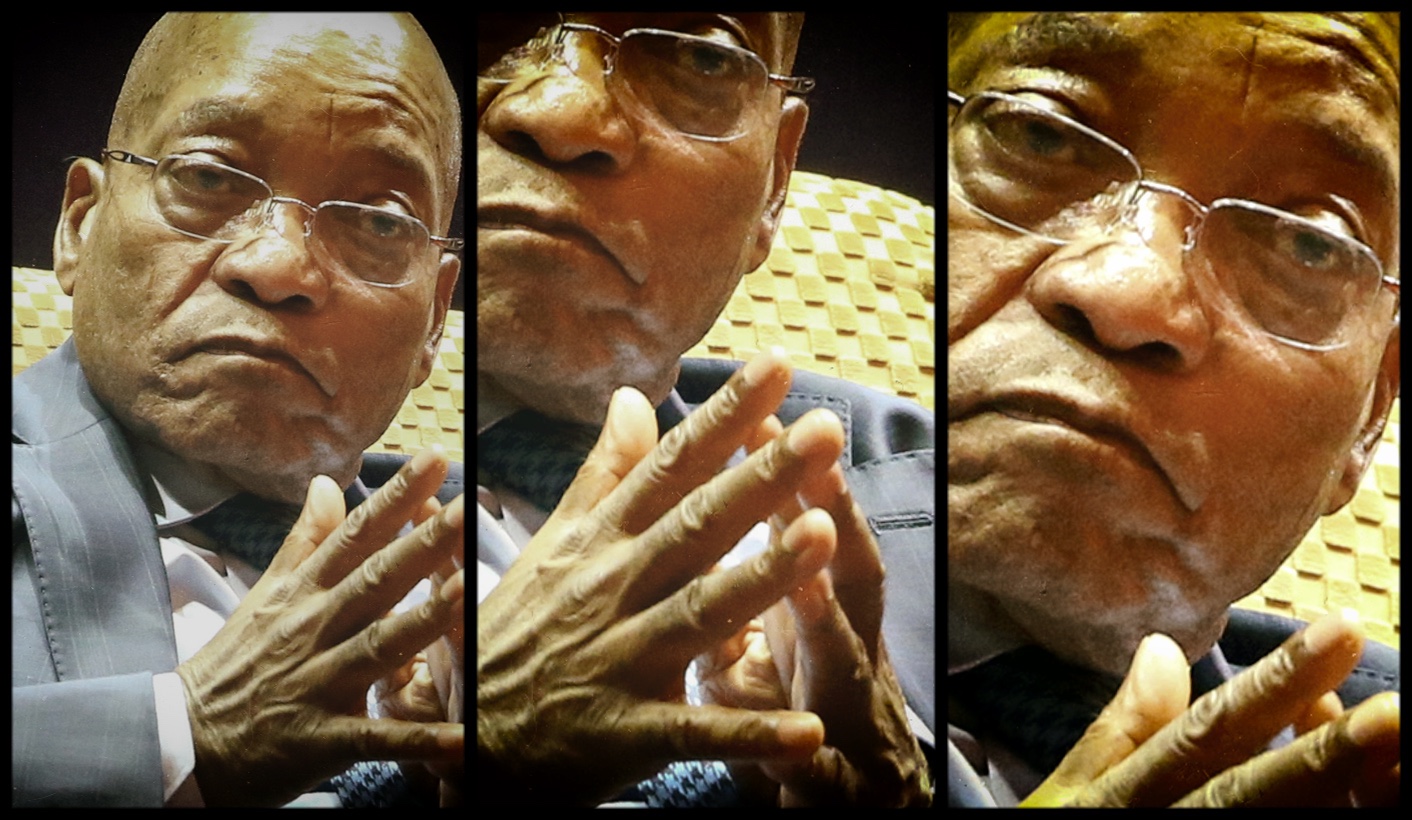 Amid the ongoing analysis of the relative power of the different personalities in the ANC, one of the big questions is whether those ANC MPs who voted to remove President Jacob Zuma last week will be disciplined. If they are, that will show that Zuma and his supporters still have much political power. If they are not, it will demonstrate that people can disobey Zuma and get away with it, which could inspire others to follow suit. Zuma has now said that those who disobeyed the party whip should be disciplined. But he may find it much harder to follow through in action. By STEPHEN GROOTES.

Over the weekend, President Jacob Zuma went to his normal place, the place where he seems to have spent much of the year. You already know which province, don’t you? And while in his stronghold he said that he will go to an officials’ meeting and “express my dissatisfaction about the conduct of some members and why”. According to The Times, he also read out a part of the ANC’s constitution that prohibits members from working with “counter-revolutionary forces” and then said, “If you commit any of these acts, it means the ANC has to take you to the disciplinary committee, because it means you have broken the law.” We all know that former Tourism Minister, Derek Hanekom, is one of the people who had indicated they would vote against the ANC’s whip. Hanekom, of course, is the former tourism minister. He is also chair of the ANC’s disciplinary committee. To which Zuma pointedly remarked: “However, what is more shocking is that the chair of the very same committee also voted with the opposition.”

On Monday afternoon, after a meeting of the provincial executive committees of the ANC in the Free State and KwaZulu-Natal, the two provinces joined in, saying that anyone who voted against Zuma must be disciplined. It is, bluntly, what you would expect from the current leadership of these two provinces. They are very much on the Jacob Zuma/Nkosazana Dlamini-Zuma side of things. But we should also not forget that both provinces are in more difficult situations than they were at the start of the year. The case around whether KZN’s last leadership conference should be annulled will start on Wednesday, while the Free State ANC had to cancel a conference planned for last weekend, amid claims that its leader Ace Magashule is facing a strong challenge.

In the meantime, close examination of the boots occupied by Hanekom’s feet suggest little evidence of quaking. He responded to SAfm’s reporting of the comments on Monday morning:

Really? And does anyone know how anyone else voted? How about dealing with the people who steal taxpayers money? https://t.co/z1fqClZYU3

His response would appear to be the same as those of the other people who had indicated they would vote with their conscience. Makhosi Khoza graced this publication on Monday with another indication that she will not back down. Former Ekurhuleni mayor Mondli Gungubele, another rebel, was greeted warmly at an ANC event on Sunday. And Pravin Gordhan, the former Finance Minister, suggested on Sunday night that it would be unconstitutional for anyone to act against these MPs because of the Constitutional Court’s ruling that led to Speaker Baleka Mbete’s decision to hold the vote by secret ballot.

Considering the stakes, Zuma’s personality and his intelligence background, supposedly the Number One leader in our politics, the man who has survived all manner of scandal, you would think that those who will be accused of or have already admitted to voting against him would do well to keep their heads down. The fact that they are not could be due to two factors. The first is that this is politics, you keep the issue alive, you make more progress, if you do some things in public. The second is that they may not actually fear Zuma very much at all at the moment.

There are some strong reasons to back up this second factor.

It is now common cause that in the hours before Parliament’s vote, ANC Secretary-General Gwede Mantashe addressed the ANC’s parliamentary caucus. In that meeting, he spelt out what could happen if ANC MPs voted against Zuma. He explained how they may be able to make common ground with the opposition on removing Zuma, but that selecting a new president would split apart the ANC. This of course could provoke an early election.

Surely then, in any meeting of the top officials, the same argument would be advanced against any investigation into those who voted against the motion. Mantashe would be forced to explain that any witch hunt could also split the party. Imagine if the “investigation” found that it was not just Gordhan and Khoza and Hanekom who voted against Zuma, but Cyril Ramaphosa himself? Or that some people who were thought to support Zuma now don’t? Imagine what could come out in the wash. And that would lead to a situation where the disciplinary hearings would be incredibly divisive. It is obvious that Zuma would love to remove Ramaphosa from his Cabinet, but can’t. It could be a mistake for his faction to take this issue on when they do not know where it might lead.

And bear in mind that, even if it could be done, there could be more repercussions from voters in 2019. If people like Gordhan and Hanekom are removed now, you could write Gauteng off in that election, and possibly the entire country as well.

Then there is the small problem of how you would identify them. Those who have said they would vote with their conscience might enjoy what would become a hugely political show-trial; it could serve their long-term ends of removing Zuma. But what about the others? It is obvious that more ANC MPs voted against Zuma than those who have said they would. How would you prove who did what? If you were to use the dirty tricks everyone fears so much, you would reveal your hand, you would reveal what tricks you used. That could have other repercussions.

And it could be claimed that in fact members of the Electoral Commission who carried out this vote could be bought or manipulated or forced in some way to reveal who did what. That is surely unlikely, if only because you could not be certain they would stay bought, and not go public. And if, hypothetically, it was possible to control the IEC in this way, it would be foolish to reveal that now, when you will need that control, in secret, in 2019.

And imagine for a moment the intolerable position that this would place Mbete in. She has said, in public, that the vote would be in secret. She would be left looking powerless if action were to be taken against MPs on the basis that the vote was not secret. It would reveal, totally, the conflict of her dual roles as National Assembly Speaker and ANC Chair.

The problem that Zuma and his faction are dealing with is that if you say in public that you will accept a secret ballot, you can’t then refuse to accept it and try to make it un-secret after the fact.

All of that said, Zuma is unlikely to enjoy this position of perceived political impotence, where he appears to be close to losing power. This means that he may try to act in some other way. The question, as always, is what, how, and almost more crucially, when? DM