Semenya strikes gold again, can the world finally show her some respect? 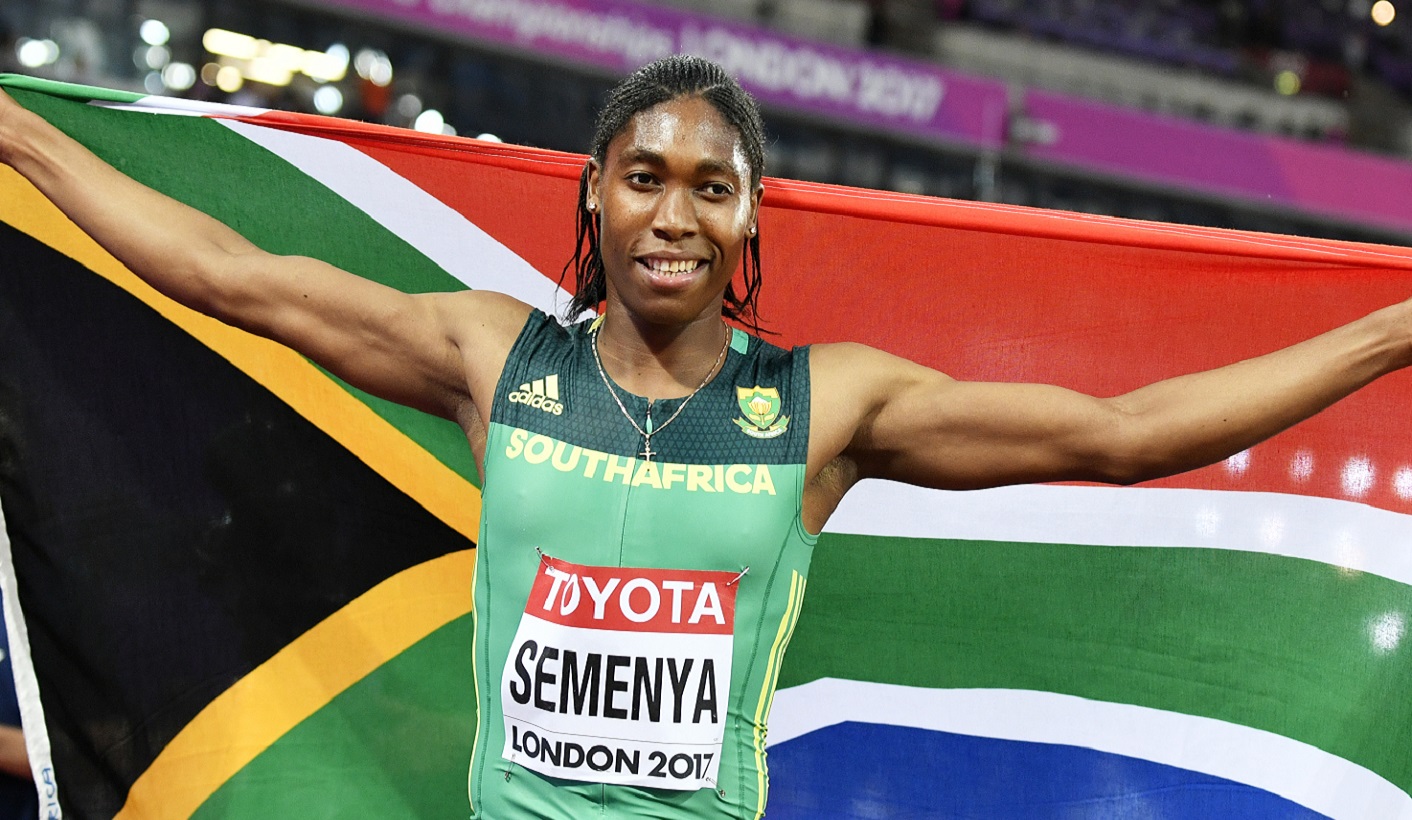 Caster Semenya became the 800m World Champion in London on Sunday night. She cruised home with a personal best, adding to her bronze medal in the 1500m, and her Olympic gold. At a time where the sport is desperate for an entertainer, it needs to look no further than South Africa’s golden girl. By ANTOINETTE MULLER

Semenya ran a personal best of 1:55.16, breaking her own South African record and elevating herself to the eighth best-ever time in the world. Francine Niyonsaba came in second while Ajee Wilson bagged the bronze. Lynsey Sharp finished in place.

Semenya ran a superb race, absolutely blitzing the final 200m to pass Wilson and Niyonsaba. The South African started as she usually does: dropping back to the middle of the pack and letting the other athletes take the lead. This time, it was who had taken the lead out front.

But around the bend of the second lap, she began to pick up the pace and on the final straight, she cruised home to a personal best and further cemented her legacy as one of the best female runners South Africa – and indeed the world – has ever produced.

And her win could not have come at a better time for world athletics.

While the sport is desperately seeking to “take over” from Bolt, desperately trying to muscle Wayde van Niekerk into that box, they already have a natural-born entertainer in Semenya. Van Niekerk hasn’t explicitly declined that mantle, but he hasn’t exactly lapped it up either. Semenya, on the other hand, not only struts with a bit more swagger than Van Niekerk, but she also embodies all the qualities the IAAF from their .

She is a beacon for inclusivity and diversity and she is the pinnacle of the spirit of sport. She represents millions of women who don’t fit into society’s neat little boxes. She juggles being a world champion, dedicated student and astute businesswoman with seamless ease. She even has her own signature pose, the “Cobra”. Semenya is beyond measure, a fine example of everything we consider good.

Yet, the IAAF would probably prefer it if she just goes away.

The whole lead-up to her running has seen more grotesque media bias exposed. As if she is the only female athlete – current or seemingly ever – with Hyperandrogenism. As if that condition is the one and only reason she is winning. As if the hours she sacrifices – all while trying to balance her studies – are null and void. As if her tactical nous is irrelevant. As if her mental resilience – beyond compare considering the constant, vile scrutiny she has endured – did not earn her any plaudits.

To this, Lynsey Sharp, who became the wet-eyed pity party at last year’s Olympics, does not even rank in the top 100 of best-ever times in the 800m with her personal best. And, most curiously, Britain’s Paula Radcliffe’s marathon record is actually comparatively closer (percentage wise) to the men’s record than Semenya’s Personal Best.

And yet, it is under this guise of “unfairness” that a shallow turd of a bigot, Katie Hopkins, decided to have a go at Semenya in a piece for a UK publication. She was duly shut down by the South African Twitter masses.

But one bigot spewing bile for attention is one thing. It’s an entirely different one that the BBC, the official host broadcaster, ran an insert that actually used the words: “Was a he”.

It’s been grotesque, crass and downright bullying. South Africans on social media have stood up for their Queen of the Track, but once again the governing bodies who are meant to protect her have been . Their silence makes them complicit.

You only needed to read through some of the bigoted replies to Hopkins’s vile tirade to wrap your head around how damaging such completely factually delinquent language can be.

But it is possible to change such attitudes. South Africans have proven that much. The coverage of Semenya has done a complete 180 compared to how she was treated as an 18-year old back in 2009.

And whatever the “debate” around the advantages of higher levels of naturally occurring testosterone (and it is an infinitely complicated discussion in which the scientific conclusions are constantly shifting), the manner in which we present these discussions matters.

Not just so that everyone can make informed decisions, but because it is everyone’s human right to dignity.

And yet, despite the constant flurry of, Semenya has remained a picture of graciousness. She shows nothing but respect to her competitors and the journalists who constantly hound her and invade her privacy. Even when she has told them on numerous occasions: I have no time for nonsense, I am just here to do my job.

And that’s exactly what she did in London. Twice. DM