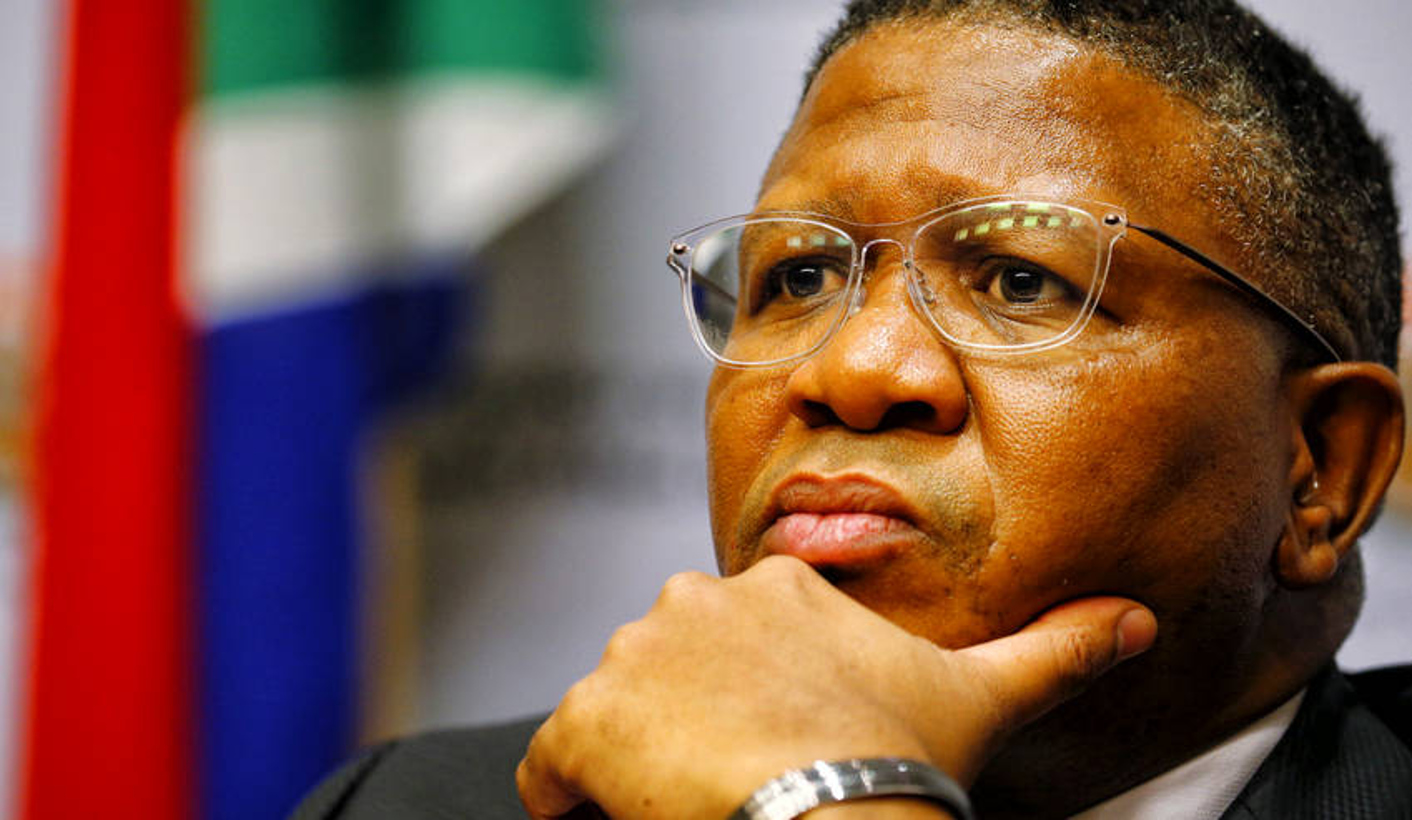 Police Minister Fikile Mbalula on Thursday said the SAPS “neglected” many cases of violence against women by failing to accept cases of gender violence, not investigating reported cases, or losing dockets. Speaking around the same time as Deputy Higher Education Minister Mduduzi Manana appeared in the Randburg Magistrate’s Court – he was released on R5,000 bail on two charges of grievous assault – Mbalula said the police needed to do the right thing, and that no woman should be turned away from a police station. By MARIANNE MERTEN.

Police Minister Fikile Mbalula clearly wanted to focus broadly on violence against women, from domestic violence abuse to corrective rape and the killing of lesbians – “a slap in the face is a potential murder,” he said – naming several women killed by men, including Aviwe Jam Jam, whose parents he visited on Sunday in Khayelitsha, Cape Town.

Did he intervene in the Manana matter? No, not beyond checking with senior police officials that they are on it, once he became aware of the assault through social media. And while this case involved a fellow politician – it now appears police are taking seriously a previous assault case reported to the SAPS against the deputy minister last month – this was no different from other people contacting him via Twitter to complain about cases left unattended by police.

“I’ve helped over 5,000 young women,” said Mbalula, going on to cite different cases from Alexandra, Johannesburg, to the Eastern Cape where his intervention finally led to police action. This included the case of a woman saying she was “on the run” for five years after reporting gender violence to police and, another in the Eastern Cape, where police lost the docket. Action leading to the arrest of the perpetrators was then taken.

“There is something wrong in the administration of justice at the police stations,” said the police minister, adding later: “ Our police stations cannot be negligent… The police force that I lead in South Africa must do things right. We must be able to protect our women… There are cases reported and neglected by the police.”

That this is the situation faced by tens of thousands of women is not new. Women’s rights lobby groups, academics and others in civil society have spoken out about this for many years. South Africa’s statistics on violence against women are devastatingly high.

Questions have always been raised about those statistics, given they are based on reported cases. Civil society organisations indicated that only one in nine rapes is actually reported, and that one in three South African women are assaulted and abused in their lifetime.

Statistics SA’s 2016 Demographic and Health Survey shows that on average one in five South African women older than 18 has experienced physical violence, but statistics vary according to income and marital status. Separated and divorced women were more likely to experience violence (40%) followed by those living together (31.1%), while women in the poorest households (24.4%) were more likely to experience physical violence. “Experience of partner violence varies by province, ranging from a low of 14% in KwaZulu-Natal to a high of 32% in the Eastern Cape,” according to the Statistics SA survey.

The usual response by officialdom from politicians to the SAPS has been to point out that violence against women often happens behind closed doors and was difficult to police and that survivors of abuse often withdraw cases, as President Jacob Zuma reiterated in his Women’s Day address at the official government address.

The question is what is to be done about it, including ensuring police do not withdraw gender violence complaints given that the law allows them to continue investigating independently. On Friday, Mbalula and acting national police commissioner Lieutenant-General Lesetja Mothiba are to launch what is called the “action indaba on gender-based violence and protection of vulnerable groups” at the Eldorado police station in Gauteng.

While Mbalula on Thursday did not directly respond to a question whether he was not concerned the police acted in accordance with what is required by law without such top level political interventions, he maintained justice needed to be blind regardless of the societal status of the perpetrator.

“It is true in our society sometimes our law has eyes in terms of who is the perpetrator,” he said, adding this should not be the case. “The law cannot have eyes. You can have money, but the law is the same.”

On Manana, Mbalula had little to say except that senior police officials, including Gauteng police commissioner Deliwe de Lange and Mothiba, had assured him the fellow politician had received no special treatment – and that any delays in Manana’s arrest and court appearance related to investigations that had to be completed first.

“When it comes to justice, we can be friends, it might be painful, but the law must take its course,” Mbalula added. DM