Notes From the House: It’s been a long and troubled path to party funding regulations 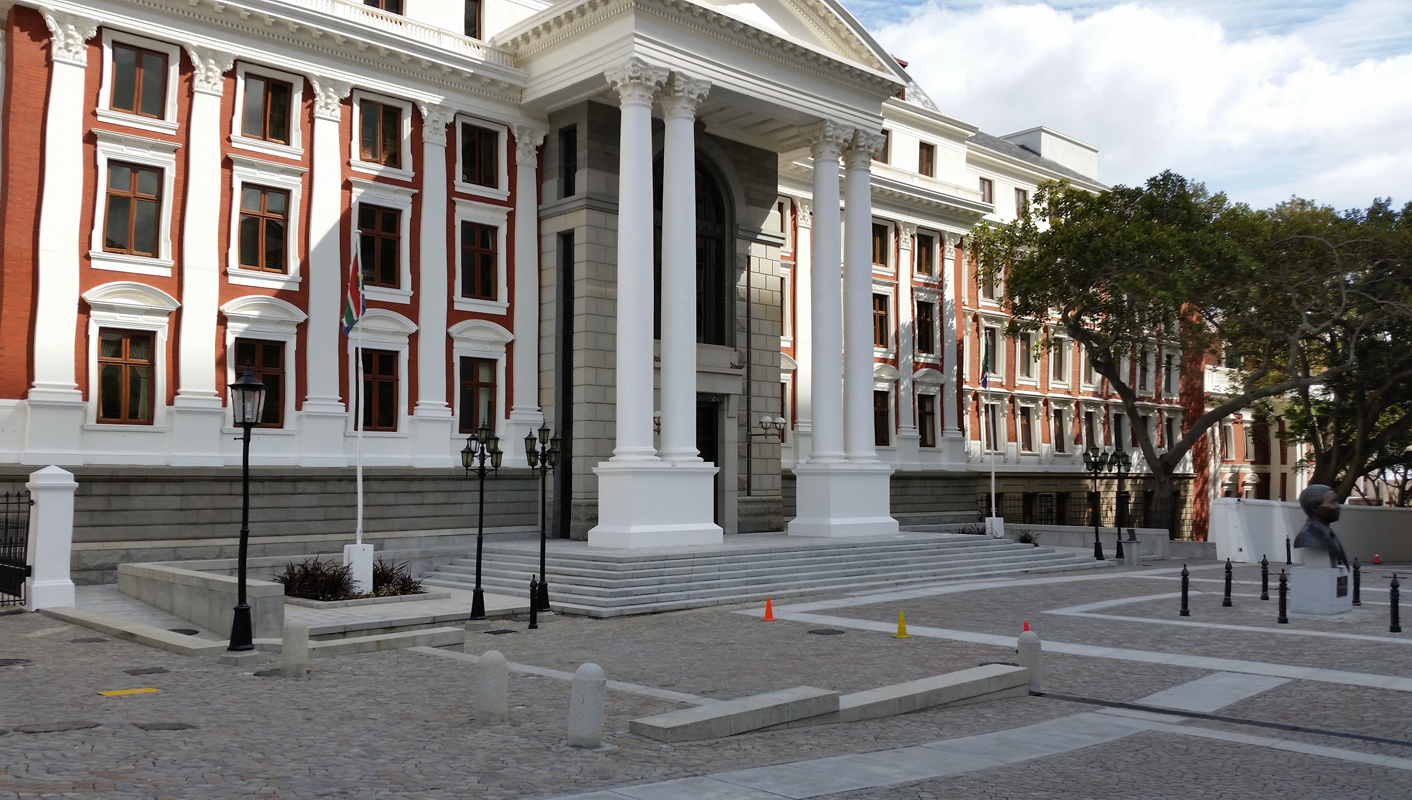 The ANC had a mandate to act 10 years ago, and at last, in 2017, an Ad Hoc Committee on the Funding of Political Parties is in place. By MOIRA LEVY for NOTES FROM THE HOUSE.

First published by Notes From The House

It is hard to believe that after about two decades of contestation over the regulating of party political funding, it could all be over by November, if the Ad Hoc Committee on the Funding of Political Parties meets its deadlines.

So far all is running smoothly. Members were appointed with little or no fuss, the solid figure of Vincent Smith was duly elected as Committee Chairperson and the infrastructure is in place to start public hearings next week.

It’s all been so painless since the committee was mooted in June that it’s almost an anti-climax. No one observing the two efficiently run committee meetings held so far would recall the troubled path of civil society campaigning and stop-start parliamentary gesturing that has brought us to this point.

Judith February of the Institute for Security Studies referred to it in an ISS paper as a “long and vexed” history, and she should know. She has been there almost from the start.

She warns in her paper that South Africa currently has no legislation at all regulating private donations to political parties. “In a country already divided by high levels of inequality, wealthy individuals are able to influence policy in myriad ways thus ‘drowning out’ the voices of the already poor and marginalised.

“Private individuals and companies are able to donate as much in secret as they wish leaving the door wide open for corruption and the buying of influence.”

The process goes back 20 years to the 1997 passing of the Public Funding of Represented Parties Act, although some, like February, suggest that the first signs of funds being abused for political influence and gain started with the arms deal.

In these days of #Guptaleaks we all know where the process has landed up, and how urgently the need for legislative regulation over private party funding has become.

It must be said that the current funding scandals probably had little bearing on the idea first mooted in June 2017 by the Chief Whip of the ANC, Jackson Mthembu, to appoint an ad hoc committee to look at public funding of political parties.

It emerged after the allocation of a mere R150-million to be shared out among all the parties in the 2017/2018 financial year, in proportion to their seats in the national legislature, raised concerns about lack of funds.

Mthembu put the idea to Parliament, saying that public funding of parties was simply inadequate and political parties needed more to perform their functions and enhance democracy.

Other than insufficient funding, the other issue appeared to be about the hefty allocation made to the ruling party, and the concern that smaller parties lose out. IFP chief whip Narend Singh said at the time that his party supported the motion because “we think the bigger parties are the ones who benefit more than smaller parties”.

The motion was unanimously approved by all political parties represented in Parliament an ad hoc Committee was set up, mandated to probe public funding of parties and make recommendations on whether to change or introduce new funding legislation to regulate private funding.

“We are confident that the work of this committee will ensure that all political parties achieve financial sustainability in a manner that is transparent‚ ethical‚ lawful and predictable‚” Mthembu said at the time.

It all sounds so simple, but for years it was anything but that.

“The toxic impact of money on politics has many shades and manifestations. To untangle this web will take some doing,” February wrote in her ISS paper.

The 1997 passing of the Public Funding of Represented Parties Act was the first time that money was provided from the public purse for the maintenance of political parties between elections. The Act stipulated that funding between political parties would be divided on a 90:10 split, with 90% of the funding allocated proportionately or according to the percentage of votes received in elections, and the remaining 10% distributed equitably between parties represented in Parliament.

Back then the regulation of private donations to parties was raised, but the then Minister of Constitutional Affairs, Valli Moosa, brushed it aside. He was not to know that 20 years later private and secret funding would become the powder keg that it is today.

It could be said that last month’s establishment of the ad hoc committee should be traced back to the 2003 formation of Chancellor House as an ANC investment arm, and if we were listening at the time we would have heard the alarm bells ringing.

Certainly by 2006, when the Weekly Mail exposed Chancellor House as as a surreptitious funding front for the ANC, the rumour mill was already grinding. The issue was how could the ANC, as the ruling party, be allowed to tender for state contracts, even at arm’s length via Chancellor House, without questions being raised about conflicts of interest.

In a court case a year before, the Institute for Democracy in Africa (Idasa) took five major political parties to court demanding that they reveal their sources of funding in terms of the Promotion of Access to Information Act.

Judge Griessel of the Cape High Court made what February called a “narrow finding” that political parties were private bodies and there was no need for them to disclose their sources of funding, a finding that hindsight has shown to have been highly questionable.

At Polokwane two years later, the ANC again declared its commitment to transparency in party funding and passed a resolution declaring a need to “champion the introduction of a comprehensive system of public funding of representative political parties – as part of strengthening the tenets of our new democracy.

“This should include putting in place an effective regulatory architecture for private funding of political parties. The incoming NEC must urgently develop guidelines and policy on public and private funding, including how to regulate investment vehicles,” the resolution declared.

In other words, the ANC had a mandate to act 10 years ago, and at last in 2017 an Ad Hoc Committee on the Funding of Political Parties is in place.

“Strong democracies require healthy political parties. In turn, political parties require resources to sustain and operate a basic party structure, to contest elections and to contribute to policy debate. And so it would likely be unrealistic to outlaw private donations,” according to February.

“While regulation will not be the panacea for all ills, secrecy only breeds mistrust and an environment that is ripe for corruption.” DM