Explainer: The upcoming bullets that President Zuma must dodge 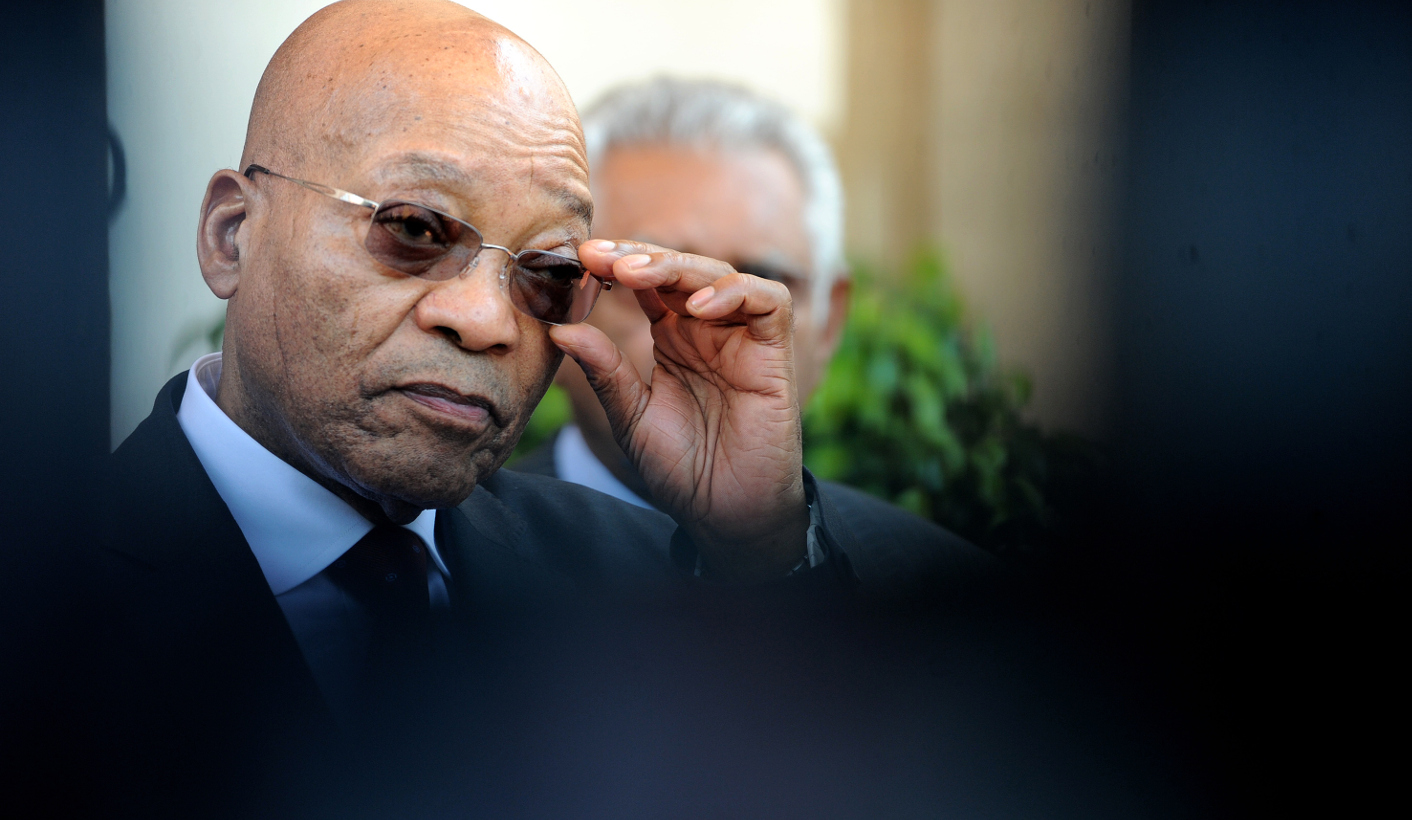 Parliament’s Motion of No Confidence to remove President Jacob Zuma may have failed, but that doesn’t mean the opposition doesn’t have a few tricks up its collective sleeve yet. Before the ANC even gets to its electoral congress in December, President Zuma will have to face at least two substantial legal matters coming up in September – as well as a few more parliamentary stunts, no doubt. By REBECCA DAVIS.

Bullet #1: Jacob and the Giant Impeachment

The next major hurdle on President Jacob Zuma’s calendar is the Constitutional Court hearing on 5 September. That will determine whether the National Assembly should be compelled to institute an investigation into the president for having violated the Constitution and his oath of office over the unlawful upgrades to his Nkandla home and his failure to implement the recommendations of the Public Protector’s report.

The Economic Freedom Fighters (EFF), joined by the United Democratic Movement (UDM) and the Congress of the People (Cope), with the Democratic Alliance (DA) filing an intervening application.

The application lodged by the EFF and friends seeks to have the Constitutional Court declare that the Speaker of Parliament, Baleka Mbete, did not sufficiently hold President Zuma accountable for violating the Constitution over Nkandla. They also want the court to direct Mbete to take relevant steps now to hold Zuma accountable. “The purpose of this application is to compel the Speaker to cause the National Assembly to finally discharge the Constitutional obligation of oversight over the President,” court papers state.

The application charges that Mbete effectively ignored the Public Protector’s findings on Nkandla, including that the President should rebuke the Cabinet ministers involved. This was the case even after the Constitutional Court confirmed, in March 2016, that the remedial action recommended by the Public Protector could not be ignored.

What do they want?

The EFF et al acknowledge that the Constitutional Court cannot dictate what exactly the National Assembly or the Speaker should do about President Zuma. They want the court to find, however, that it is unacceptable for those parties to do nothing at all to hold the President accountable. “The EFF submits that an ad hoc committee should be constituted to investigate the President’s conduct in light of the [March 2016] judgment of the Constitutional Court (including whether he misled Parliament),” the application states.

A parliamentary investigation into President Zuma’s misconduct would be the first step towards possible impeachment proceedings to remove the President from office.

Coming up next, on 14 September, the Supreme Court of Appeal will hear President Zuma and the National Prosecuting Authority’s appeal against the order of a lower court that 783 charges of fraud, corruption and racketeering against President Jacob Zuma be reinstated. The charges were initially dropped shortly before Zuma took office in 2009.

The DA, which has been on this like a dog with a bone from the start.

“The DA maintains that the NPA, in withdrawing the charges against Zuma in 2009, acted irrationally and therefore unlawfully,” the DA’s James Selfe told Daily Maverick. “The NPA’s decision was clouded by emotion, unsubstantiated facts, and an inadequate investigation. Based on the material before the National Director of Public Prosecutions at the time, he could not rationally have reached the decision he did that justified the extraordinary step of withdrawing the prosecution of Mr Zuma.”

What do they want?

“The DA wants the NPA and Mr Zuma’s appeals to be dismissed and the corruption charges reinstated immediately,” Selfe says.

Other than the fact that it may lead to President Zuma finally being brought to criminal trial for corruption, proceedings might offer a rare opportunity to catch a glimpse of the NPA’s Shaun Abrahams.

On Thursday, the DA tabled a motion calling for the National Assembly to be dissolved and early general elections held thereafter. Chief whip John Steenhuisen said the party will “push to have our motion moved above the line and debated as soon as possible”.

Very much only the DA. Other opposition parties have sought to distance themselves from the notion and in at least one case – that of Cope – declared themselves blindsided by it.

The motion tabled by the DA calls for the National Assembly to be dissolved in acknowledgement that individual ANC MPs no longer represent the “earnest hopes and aspirations of the electorate”; that these MPs “exhibit unquestioning fealty to President Jacob Zuma and to the organisation he leads”, and that the MPs “perpetually frustrate the National Assembly from carrying out its mandate” and holding the executive accountable.

For the motion to be passed, it would require a majority of National Assembly MPs to vote in its favour. “It thus provides the ANC with another opportunity to do the right thing,” Steenhuisen said.

Any chance of success?

Literally zero. It’s one thing to persuade ANC MPs to remove a controversial leader. It’s quite another to suggest they should pack it all in and throw themselves upon the mercy of the electorate in a sudden election.

If the motion even makes it on to Parliament’s order paper, the resulting debate will undoubtedly be characterised by some high-quality insults all round. DM

Photo: President Jacob Zuma is seen during a meeting with members of the SA Editors’ Forum at the presidential guesthouse in Pretoria on Friday, 20 February 2015. Photo: Werner Beukes/SAPA