Kenyan Elections: Threats of violence in the air as vote counting draws to an end 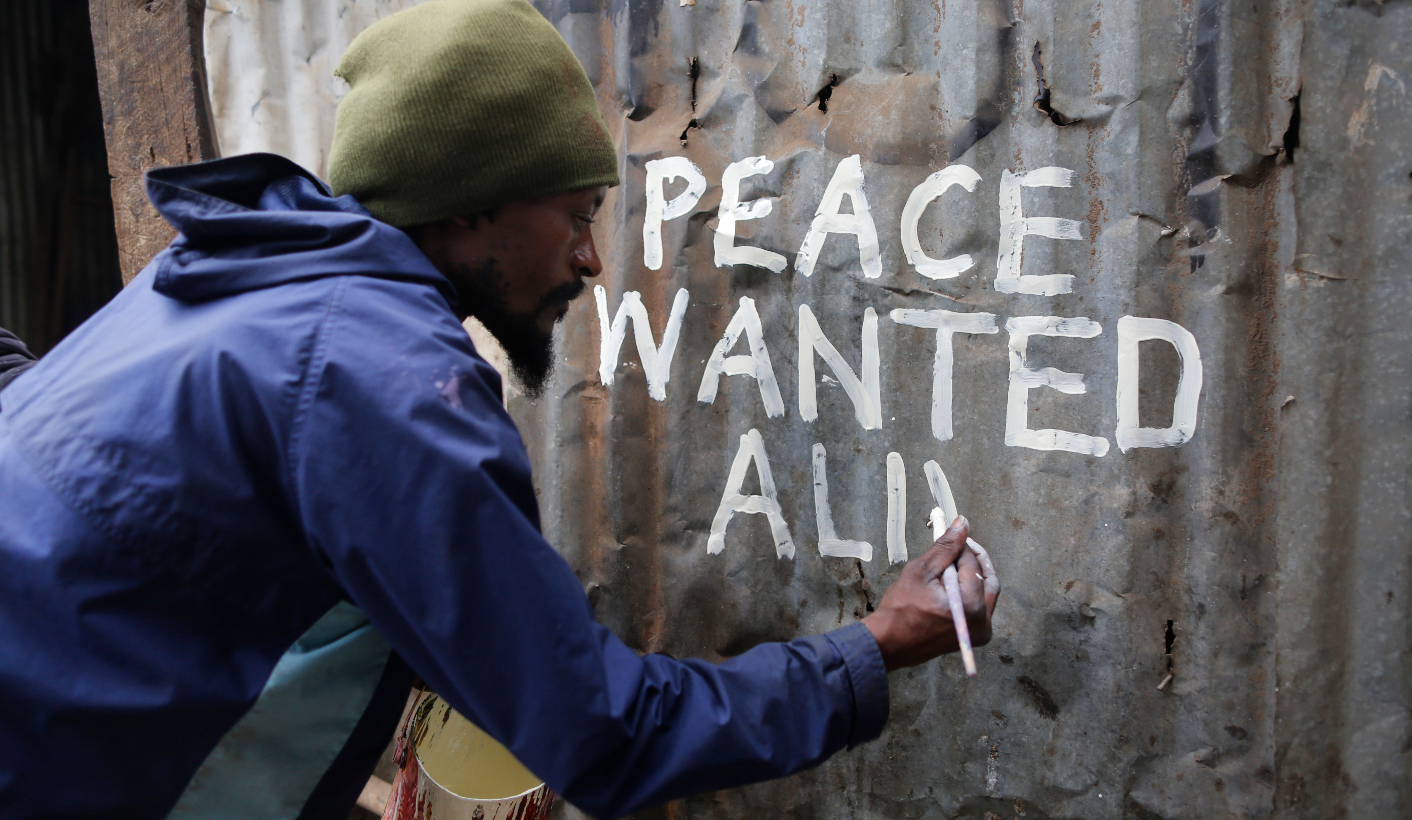 This week’s major general elections in Kenya are barely behind them, but Kenyans are awaiting the formal results in fear that this calm might precede a storm. By PETER FABRICIUS.

“There are no matatus,” says a senior Kenyan government official, looking out glumly from his office building – also eerily quiet – onto an unusually deserted Harambee Avenue in downtown Nairobi.

It’s mid-afternoon. But the normally ubiquitous matatus – mini-bus taxis – like most other denizens of the city centre, have abandoned it for their home villages or elsewhere. It’s the day after the country’s major general elections this week on Tuesday and Kenyans are waiting in fear that this calm might precede a storm.

The election results, almost all in, are showing that incumbent President Uhuru Kenyatta has taken an apparently unassailable lead over his arch-rival Raila Odinga.

Odinga has, predictably, as twice before, cried foul, claiming the electronic electoral system has been hacked to steal the poll from him once again.

The Independent Electoral and Boundaries Commission (IEBC) which runs the election, has vowed to investigate Odinga’s claims. This is either a conciliatory gesture or an expression of guilt, depending on which side of the fence you are on.

If he decides to go the legal route instead and challenge the election results in court, as he did in 2013, the denouement should be peaceful.

The potential for a violent outcome is there. Rioting has erupted in Nairobi’s Mathare township and two people have been killed. Restaurants are closing early. There have also been ominous rumblings in other hotspots in the country, like Kisii in the northwest.

The senior government official nonetheless insists that Tuesday’s poll was a triumph for democracy, rather than a security scare. And the government has mounted a diplomatic offensive to convey this positive message to the East African region, the continent and the world.

Kenyan embassies everywhere have been instructed to counter negative perceptions and reporting about the elections, to impress upon their host countries that the elections were an exemplary “mechanism to strengthen and consolidate democracy as opposed to a risk factor and threat to peace and security”.

The official notes that former South African President Thabo Mbeki, who heads the African Union election observer mission, had said the Kenyan elections were worth emulating.

“This election was not only important to Kenya, but the region and the entire continent, in consolidating our democracy,” is the core of the message the Kenyan ambassadors are conveying.

“What we need to affirm is that the process was above board, efficient, well-managed and transparent,” the official says. “Even the challenges to the process were handled transparently, within the rule of law, instead of in smoke-filled rooms.”

He cites the example of the High Court’s ruling, less than a month before voting, that the contract to print the ballots had been wrongly awarded. The IEBC took this on appeal and won.

The elections were also exemplary, he says, because Kenya “ploughed back” into its electoral systems the lessons it learnt from previous mistakes. And so its democracy is maturing with each election.

Perhaps the most important lesson learnt was the Kenya Integrated Electoral Management System (KIEMS), comprising 45,000 tablet-sized devices which were used to register voters, verify their identities through biometric data on election day and transmit voting data to tallying centres. In 2013 a prototype electronic voting system had failed.

Ironically, though, after Odinga and his Nasa election coalition challenged the results of this week’s election based on electronic tallying, the IEBC agreed to re-check the count manually by going through each of the 40,883 forms listing the voting in each polling station. That has delayed the official announcement of the results by days.

The official also lists other security and transparency mechanisms in these elections, such as an unforgeable ballot and result forms being customised for each polling station, to ensure they are not used to stuff ballot boxes elsewhere and the high number of election observers, local and foreign, representing 102 organisations.

Even if Odinga were to win all of those he would still lose and so “it is mathematically impossible for Raila Odinga to catch him. The election can now be called in favour of Uhuru Kenyatta.”

The official suggests the veteran candidate Odinga – now apparently heading for his fourth electoral defeat – should simply accept he has grown out of touch with voters and move on. He says Odinga failed to read the mood on the ground and that younger Kenyans in particular have grown tired of his negative, backward-looking brand of grievance politics. They have shifted towards the much younger Kenyatta and his positive forward-looking image of building a new Kenya, with infrastructure – such as the new Mombasa-Nairobi railway – and extended services such as in health and education.

The official on the one hand insists that the results of the elections, when they are officially announced, will largely be received peacefully.

On the other hand he acknowledges that it’s all up to Odinga and what he instructs his followers to do.

“He cannot continue to hold the country hostage…” he says, deploring what he calls the “frightening” statements by Odinga and his lieutenants rejecting the election results out of hand before they have been tested and hinting at violence if and when Kenyatta’s victory is confirmed.

“We are a peaceful people,” said a woman, waiting to vote in a long, friendly and orderly queue of voters in the centre of town on Tuesday.

“Until the results come out,” the man behind her interjected. DM