Semenya’s legacy continues to blossom with bronze in...

Semenya’s legacy continues to blossom with bronze in 1,500m 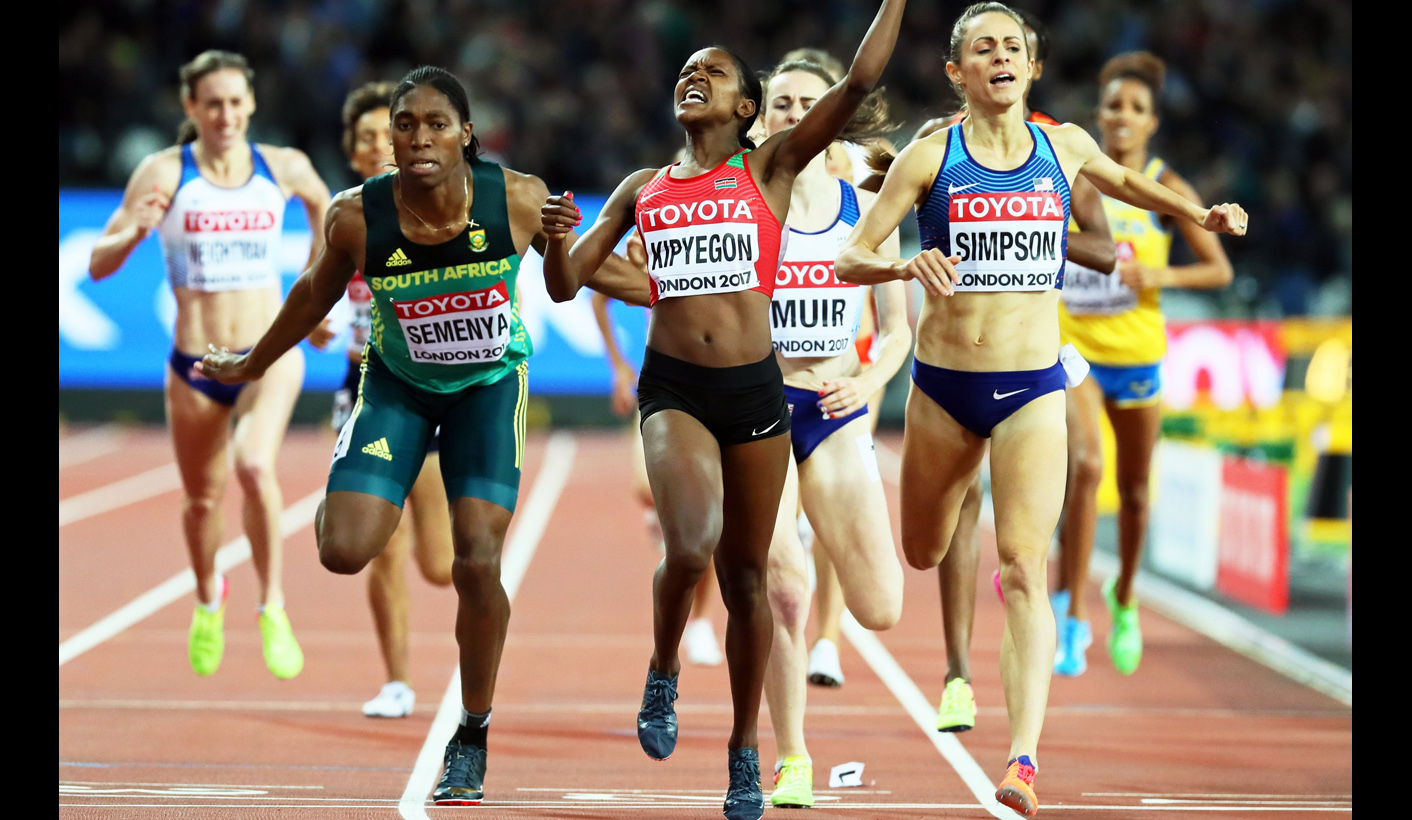 Caster Semenya bagged bronze in the 1,500m at the IAAF World Championships in London on Monday night. In a tough race – and with her main event still to come – this was another box ticked in an ever-growing legacy of one of the greatest athletes South Africa has produced. By ANTOINETTE MULLER.

Caster Semenya added to South Africa’s medal tally at the IAAF World Championship in London on Monday night by winning bronze in the 1,500m.

In a tough field, in an event she doesn’t run regularly, Semenya ran a dubious tactical race. Fast right from the get-go, Semenya almost looked like she was taken by surprise with the final lap, but her ability to accelerate on the final straight ensured a podium finish.

Semenya did what she always does in all her races. She sat back, dropping to the middle of the pack and letting the other runners do the hard work. Great Britain’s Laura Muir went fast and tried to control the race from the start. Semenya let her.

She let everyone do the hard work. And then, when she had dropped right to the back, she set off for the final lap. As the bell sounded, the pace increased, she gave it all on the final straight with bodies bundling over the and settled for bronze after a brutal sprint to beat Muir over the line.

The medal is vindication and another box ticked in the legacy of an athlete who will be considered one of the best South Africa has ever produced.

On pure athletic ability, she is . Her versatility to adapt to different distances is exceptional. And her dedication to her training – she never misses a session and never complains – sets her apart from other runners.

That dedication has earned her plenty of accolades and her coach, Jean Verster, has nothing but praise for her dedication to the cause.

But it is off the track where Semenya is really beyond compare.

Semenya is gentle and engaging and yet she doesn’t owe anyone any of this.

With the way she has been mistreated – both by the professional bodies that are supposed to protect her and some of her fellow athletes – nobody would begrudge her if she, well, held a bit of a grudge.

And yet, she doesn’t. Instead, she is impeccably polite. Whether that’s congratulating every single one of her competitors after a race – whatever they might have said about her before – or simply greeting everyone at the track, Semenya embodies the spirit of sport.

Her compassion is beyond compare. And she is not afraid to speak up for her fellow runners.

After winning in Rio last year, when reporters quizzed the women on the podium about whether they had taken testosterone-suppressing medication, Semenya refused to have the so-called intersex “controversy” get in the way of their achievements.

No one asked her to take up the fight for her fellow athletes, but she did. Perhaps because she has been under that horrific and privacy invading scrutiny before at the same young age as her fellow medal winners.

One of the athletes on the podium with her, Margaret Wambui, was just 20 years old in Rio. Semenya has been there, done that, as a teenager herself.

She is an exceptional human being. And despite having every part of her body routinely and her privacy invaded, she speaks about it candidly.

In an interview with Ali Bacher on the In Conversation series recently, she said:

“I have to find a way to deflect this, so instead of allowing it to all be negative, I turn it into a positive. My family’s support system is fantastic.”

Imagine if we all exhibited just an ounce of her humility.

Imagine if those who routine her, ignoring the hours and hours on the track, the sacrifices and the hard could exhibit just an ounce of her humility. DM