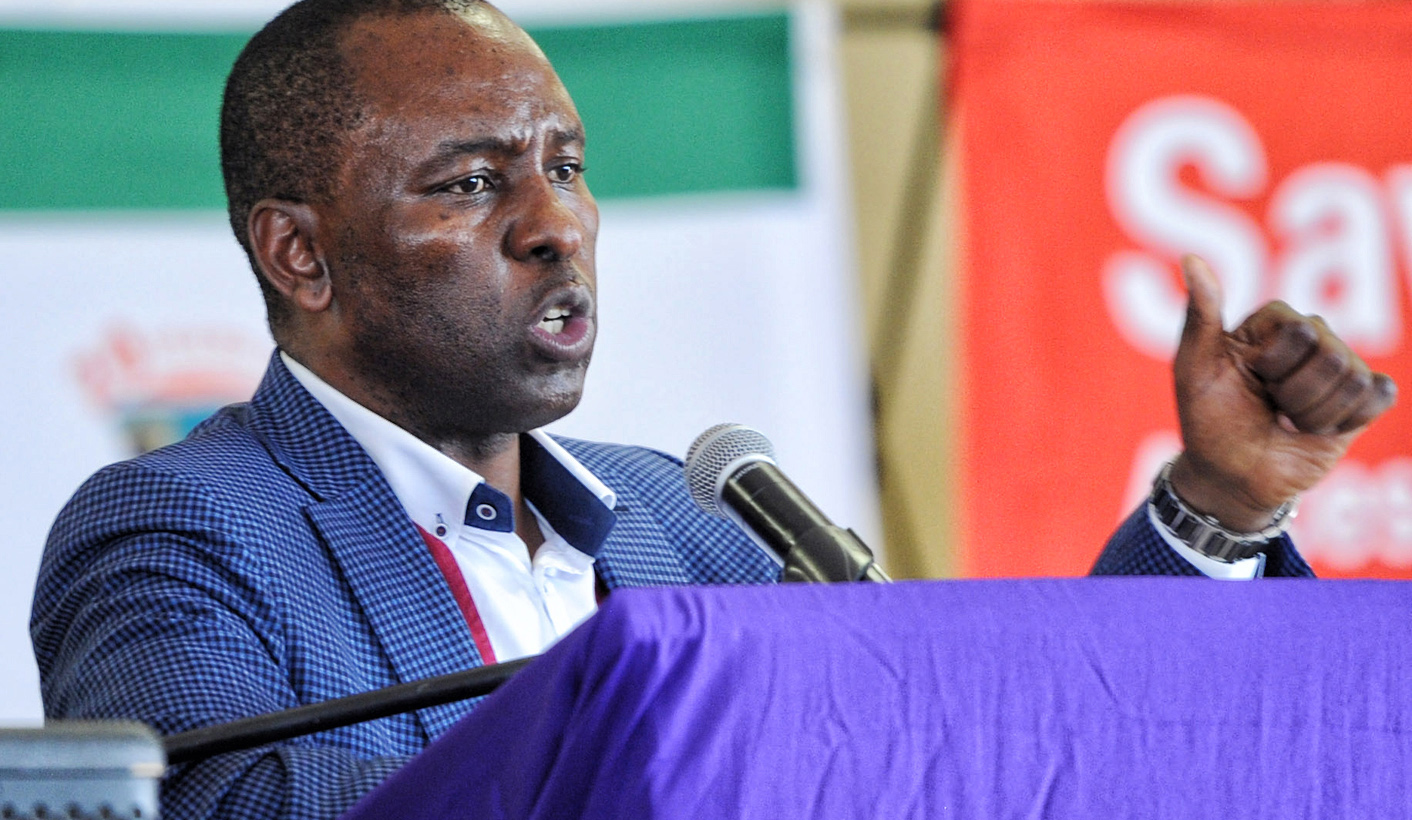 Mineral Resources Minister Mosebenzi Zwane has finally responded to the Chamber of Mines’ attempt to interdict the proposed 2017 Mining Charter. He claims the Chamber is trying to block transformation in the industry, but as the courts take over, transformation suffers. By GREG NICOLSON.

Mineral Resources Minister Mosebenzi Zwane has been criticised multiple times by the courts for failing to provide an answering affidavit to the Chamber of Mines’ application to interdict the third version of the Mining Charter. He was criticised by a North Gauteng High Court judge on Friday for disrespecting the courts and ignoring its processes as he missed deadlines for filing court papers.

On Monday, he finally filed court papers defending the charter he released in June, which the Chamber has called illegal and unconstitutional. The new regulations significantly raise black economic empowerment targets while also introducing new systems and financial obligations the Chamber has claimed will cripple the industry.

“The answering affidavit demonstrates that every complaint of the applicant in respect of the Mining Charter is, in essence, an attempt to block effective and meaningful participation of black persons in the mining and minerals industry,” said a statement from the department of mineral resources on Monday evening.

“The opening statement made by the applicant in its founding affidavit is that it is committed to ensuring transformation in the mining industry and supports the objectives of the Mineral and Petroleum Resources Development Act (MPRDA). The answering affidavit filed by the respondent today proves that the contrary is true.”

Zwane said the new charter was drafted after analysing the pros and cons of previous versions and it’s clearly within his responsibilities to develop a new version. He says the Chamber’s interdict application, which is set to be heard in September after the minister asked for more time to respond, cannot stand, for three reasons.

According to the department of mineral resources, the Chamber overstated the potential harm the charter would cause the industry, its reference that R50-billion was wiped off mining stocks after the charter was released is not indicative of the charter’s impact or future influence, and disgruntled parties can engage the minister. Beyond saying the Chamber is against transformation, Zwane’s defences look weak.

The Chamber said it was not consulted about many of the issues raised in the charter, but Zwane said the industry body was engaged extensively. “The department had devoted considerably more time, energy and resources to dealing with the applicant and its concerns than any other stakeholder in the industry,” said the statement.

Explaining why Zwane’s answering affidavit wasn’t filed on time, the department said Zwane had been travelling abroad, the issues were complex, and the late filing of the court papers did not materially prejudice the Chamber.

Zwane personally faces questions about his credibility and his Charter has been torn apart by critics. The minister has been directly implicated in helping the Gupta family purchase the Optimum coal mine from Glencore; the Gupta’s company Tegeta was then backed and given a sweetheart deal with Eskom after it took over the mine.

The new charter, which Zwane has agreed to suspend until the court processes are complete, says mines should be 30% black owned, up from 26%, and increases the requirement for top-level black staff. But it also introduces a number of requirements that the Chamber, which represents 90% of the industry, said it was never consulted about.

The charter jumped ahead of discussions on the “once empowered, always empowered” issue by mandating companies to continue to maintain levels of black ownership even if they have in the past reached the requirements and the partners decided to sell their shares. That issue has been contested for years and the department has generally been consistent in its position.

But the charter threw in unexpected requirements on companies. It imposed a 1% tax on foreign companies, said those who benefit from black empowerment deals can now include naturalised citizens (it’s hard not to think of the Guptas), said companies must first pay a percentage of turnover to empowerment partners before paying dividends, which would cancel out any reason for other shareholders to invest, and said empowerment partners should transport and market the minerals their ownership entitles them to.

The proposals aren’t feasible, but when the Chamber applied for an interdict, Zwane proposed a moratorium on issuing mining rights. The idea was that until the charter is passed, companies should not be able to make deals based on the past regulations and avoid the more stringent controls. But the move has been criticised – even by those who supported the charter, like the National Union of Mineworkers – as dangerous. While Zwane plays politics, mining companies are retrenching workers in their thousands.

It’s unlikely Zwane will win the court battle against the interdict of his Mining Charter. As the courts take over, meaningful and necessary proposals on transformation in the industry will take a back seat. DM