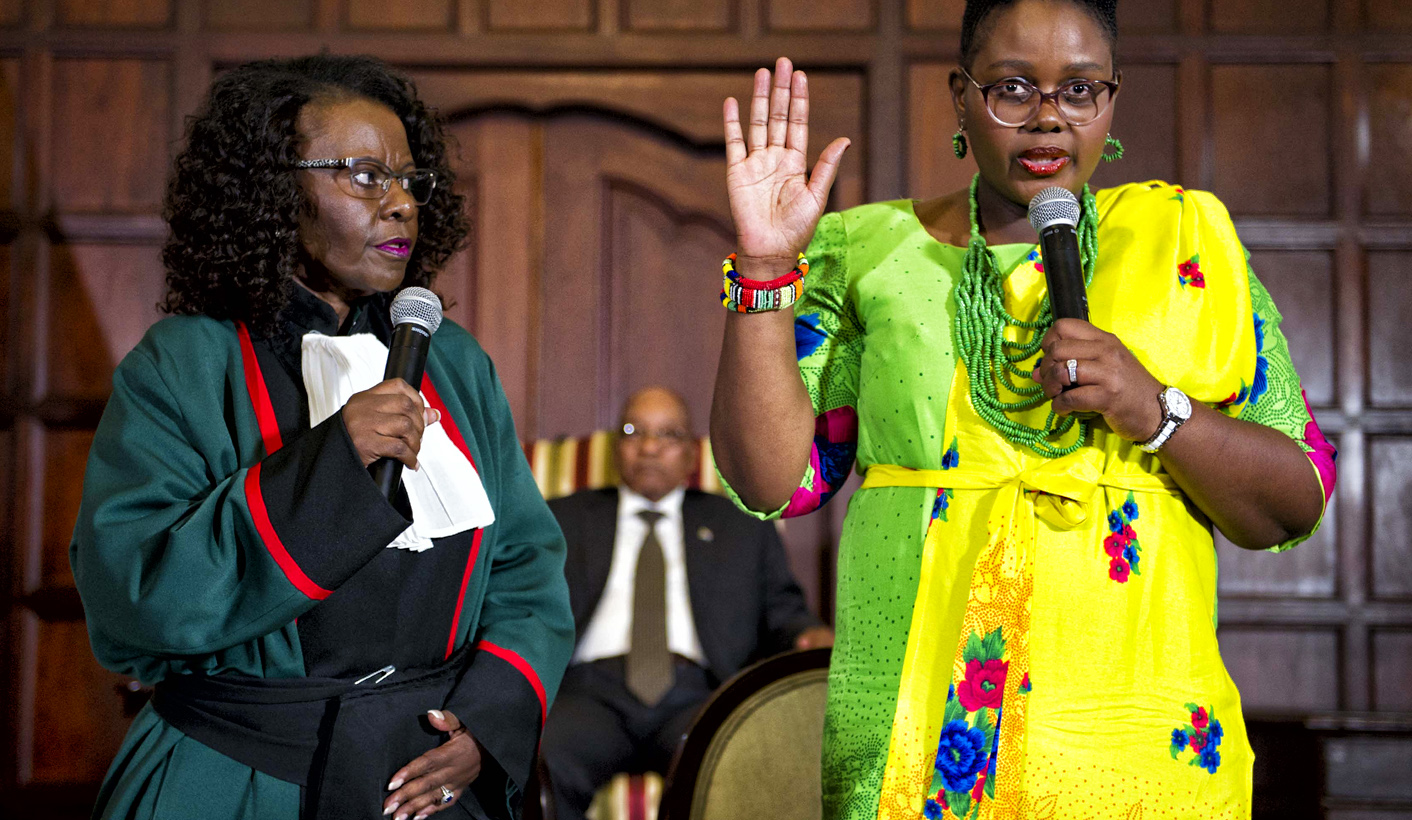 In an interview on Friday with EE Publishers investigative editor CHRIS YELLAND, Energy Minister Mmamoloko Kubayi confirmed that the Department of Energy (DoE) and the National Energy Regulator of South Africa (Nersa) have been served with court papers by the City of Cape Town demanding the right of the City to purchase electricity from independent power producers (IPPs).

This court action effectively challenges the so-called “single-buyer” model in South Africa, whereby Eskom is given the exclusive right to procure electricity from generators of electricity for resale, including electricity from renewable energy IPPs.

In the interview, Kubayi sharply criticised Cape Town Mayor Patricia de Lille for “running to court” before engaging further and exhausting intergovernmental co-operation efforts to resolve these issues between the City and the DoE.

“This is a premature case. When there is a dispute between two spheres of government, the Constitution and law provides for negotiation. Mayor de Lille has not sought this,” said Kubayi.

Kubayi further called on De Lille to withdraw the court papers and to engage with her. “We are going to sit with SALGA and COGTA to have a full discussion on these matters,” she said.

The matter is particularly relevant for the City of Cape Town and other municipal electricity distributors in South Africa in light of Eskom’s application to increase its electricity prices by some 20% to Eskom customers on 1 April 2018, and by 27% to municipalities.

The matter is also relevant to clarify whether municipalities can procure electricity from small and medium sized electricity generators, such as domestic, commercial and industrial roof-top solar PV systems embedded within municipal electricity distribution systems.

Embedded distributed generation is likely to make an important and growing contribution to electricity supply in South Africa, but has been completely ignored in the draft update to the national Integrated Resource Plan for Electricity, IRP2016, presented by the Department of Energy in November 2016 for public comment.

In the interview, Kubayi indicated that the DoE had taken note of this omission in the Draft IRP2016, and that embedded generation would be addressed in the final IRP2016, which is due to be gazetted by the end of February 2018.

Just a few weeks after the appointment of Kubayi on 31 March 2017, the Cape Town High Court judgment on 26 April 2017 on the proposed nuclear procurement by Eskom raised issues in respect of the validity of Section 34 ministerial determinations by her predecessors for new generation capacity.

Kubayi said she had communicated with De Lille on this as the judgment also impacted on the validity of other ministerial determinations, including those for renewable energy IPPs. She said she had advised De Lille that the DoE needed to study the court ruling carefully before engaging further.

“We messaged each other about a month ago and I told her I can’t determine anything until after we had studied the court judgment. We asked Mayor de Lille to allow us to work on it and to have a look in detail at what she is requesting. She didn’t tell me she was unhappy with my response. The next thing it’s at the court. I don’t think that is how we should operate as government.

“I’m looking forward to engagement to look at how we can separate responsibilities between local and central government, and what municipalities can do – where and how. I have to look at the whole picture, and the fiscus, so that we don’t duplicate infrastructure and responsibility,” said Kubayi. DM