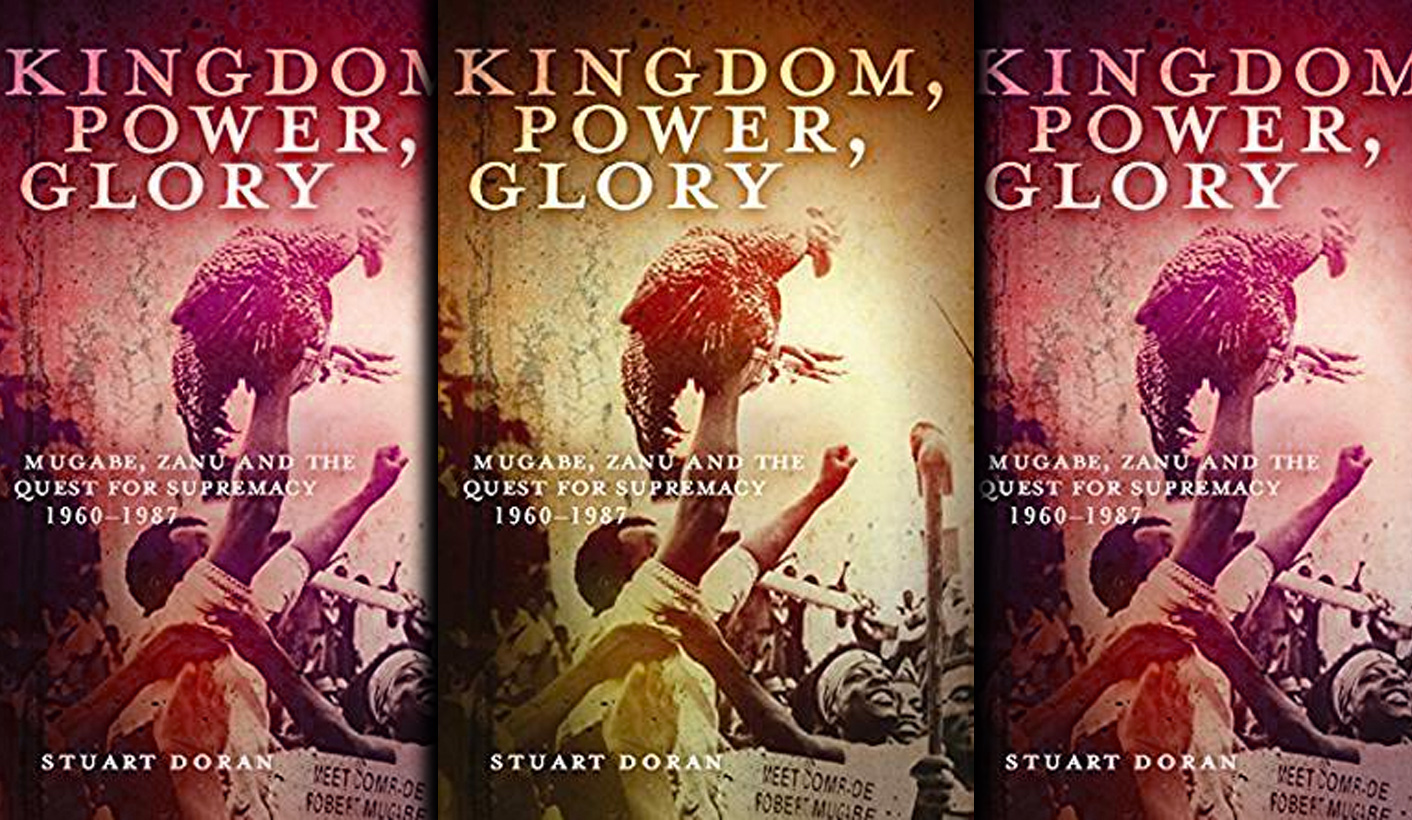 According to the Zanu-PF narrative of Zimbabwe’s post-independence history, the discovery of dozens of arms caches in early 1982 was the second of three major events that led to the deployment of a “crack force” of the army – the Gukurahundi – in Matabeleland during 1983. The first was the Entumbane fighting of 1980 and 1981, when Zanu’s rival, Zapu, had allegedly tried to seize power. A year later, Zanu announced dramatically that Zapu and its leader, Joshua Nkomo, were at it again. They had been caught red-handed, this time caching arms on strategically located properties as part of an elaborate coup plot. The reality was different. The only secret plan in play was Zanu’s, and the “crisis” was a myth, an event staged by Mugabe as part of his bid for absolute power. By STUART DORAN.

On 6 February 1982, Emmerson Mnangagwa convened a press conference in Bulawayo, telling journalists gravely that he felt “very low” about a statement he had to make: the government had discovered around 60 arms caches in Matabeleland, half of them at Gwaai, the main base of Zapu’s military wing, Zipra, and another 30 at a farm owned by a company connected with Zapu.

Over the next 10 days, a torrent of reports in the official media sought to portray Zanu-PF as having thwarted a colossal and imminent threat to state security. The reports repeatedly emphasised the scale of the caches, and almost daily there were stories of new finds by the police, army and Central Intelligence Organisation. Mugabe raged against “these people” who were “planning to overthrow and take over the government”. Zapu and “other elements who wanted to start a civil war … would be dealt with”. As for Nkomo, he was like a “cobra in the house” – the “only way to deal effectively with a snake is to strike and destroy its head … How else can I describe a man we supposed was our friend and whom we invited to be part of the government?”

Nkomo and three of his party colleagues were dismissed from cabinet and – in an operation personally directed by Mugabe and Mnangagwa – senior members of Zipra and Zapu’s former intelligence wing were arrested. The government of national unity that Mugabe had created in April 1980 was practically dead from this point. (It was nominally revived in late 1987, though this second iteration was more a consequence of mass murder and political rape than it was a matter of unity.)

The arms caches “crisis” was undoubtedly a critical juncture in Zimbabwe’s turbulent early years, with the already dire relationship between Zanu and Zapu plunging yet further, accelerating towards the abyss. But how are we to understand it? The Zanu-PF version is that this was one of the last in a series of subversive acts that eventually broke the patience of the ruling party, prompting a ruthless but necessary operation to deal with Nkomo and his treacherous supporters in 1983.

Others condemn the indiscriminate violence wrought by the Gukurahundi – and lament the gigantic, festering wound it has bequeathed to the nation – but blame Zapu for producing (or contributing to) a situation in which Zanu was bound to react. And it is often added that apartheid South Africa played a major part in stirring division between the two nationalist parties, not least of which was a covert role in the arms caches affair.

The problem with this view is that it is founded not on the truth but on Zanu-PF propaganda. Just as the lies propagated by the 20th century’s most effective European dictatorships continue to have their echoes in today’s conventional wisdom – witness the persistent view that Adolf Hitler swept to power on a wave of popular fervour – the same may be said of Zanu’s disinformation.

The arms caches affair cannot be interpreted correctly without an understanding of its timing and of the political manoeuvres that were occurring in the background. The caches were not “discovered” in late 1981 and early 1982, as Zanu-PF would have us believe. Most had been found many months before in the wake of the second round of fighting at Entumbane, when the guerrilla armies had been disarmed. At Gwaai, for example, Zipra commander Sando Soneni was offered incentives and promptly revealed where the caches were located. That was in May 1981. As Mnangagwa put it in a discussion with a diplomat, Soneni had “become much more forthcoming with a good promotion to [the national army] dangled in front of him, and considerable quantities of arms that had been buried had been dug up and surrendered”. Evidently, many of the caches were left in situ.

Soneni had also been involved in the caching of arms on Zapu farms and probably revealed the location of some of those at the same time. Other stockpiles were put on the farms by commanders from Entumbane and seem to have been located during the disarmament process through aerial surveillance and further human intelligence. The government then planted more weapons for good measure. For instance, hundreds of Kalashnikov rifles were taken from Andre Rabie Barracks outside Salisbury and stashed on the Zapu properties.

Mugabe and Mnangagwa had, therefore, disarmed Zipra by mid-1981, stripping Nkomo of military protection while leaving the caches in place for (re)discovery if required. That moment arrived on 5 February 1982, during a meeting between Mugabe and Nkomo. Following a decision by Zanu’s central committee to hasten movement towards a one-party state – namely, the dissolving of Zapu and its absorption by Zanu – Mugabe had publicly called on Zapu to discuss a “unity” agreement and had issued a number of warnings to “those who want to destroy the government”. The message to Nkomo had been clear: Zapu should agree to fold or face the consequences of “subversion”. Now, he had come to talk to Mugabe about it.

Militarily emasculated and internationally isolated, Nkomo was expected to buckle. But that was not what Mugabe got. Instead, the Zapu leader said that his counterpart had “so soured the atmosphere with his most recent speeches that there could be no question of continuing talks about unity”. Mugabe was enraged. According to a Zapu politician who attended the meeting, he was “very angry but had issued no threats” – none that Nkomo took to be such, at any rate. Mugabe made an oblique reference to the discovery of arms caches “but gave no indication that he intended to make a fuss about them”. Yet he quietly despatched Mnangagwa to Bulawayo, on the same flight as Nkomo, and the announcement about the unearthing of the caches was made the next day.

Many were fooled by the subsequent media blitz, including the South Africans. In a demonstration that the apartheid regime had little to do with the affair, South African intelligence assessments reflected surprise and deemed the Zimbabwean government’s statements to be largely accurate. However, others who knew more about the political context and the disarmament process concluded that the crisis was a manipulation by Zanu-PF. The otherwise pro-Zanu Australian high commissioner reported that the government had “decided to bring on a carefully contrived showdown with Zapu”. Mugabe’s “frustrations with Nkomo reached breaking point and he decided to bring on a crisis”. Likewise, the Canadians noted that the discoveries were “carefully orchestrated” and judged that “in pursuing Nkomo so relentlessly, Mugabe is taking [the] risk that he can crush [the] PF (Zapu) leader and still maintain stability”.

Mugabe himself put the matter beyond doubt a few weeks later when he told the visiting British foreign secretary, Peter Carrington, that “the last straw … had come when he mentioned his ideas regarding a one-party state to Nkomo, who refused even to talk about them”.

It was, then, not a further act of subversion by Nkomo that contributed to the unleashing of the Gukurahundi a year later, but his refusal to come to Mugabe on bended knee, seeking “unity” on Zanu’s terms. The arms caches crisis was a cynical stunt, nothing more. As was so often the case during Zimbabwe’s early years, the most accurate guide to reality was to be found in turning Zanu-PF propaganda on its head. In his phony rage over Zapu’s duplicity and its plans for a coup, Mugabe was attempting to mask Zanu’s own scheme to acquire unfettered power. DM

This is the second of a four-part series on the Gukurahundi exclusively published by Daily Maverick, based on Stuart Doran’s newly published book Kingdom, power, glory: Mugabe, Zanu and the quest for supremacy, 1960-1987 which is now available in major bookstores and online at www.sithatha.com.

Stuart Doran is an independent historian and author.