GroundUp: Why I am marching today with #UniteBehind aga...

GroundUp: Why I am marching today with #UniteBehind against Zuma 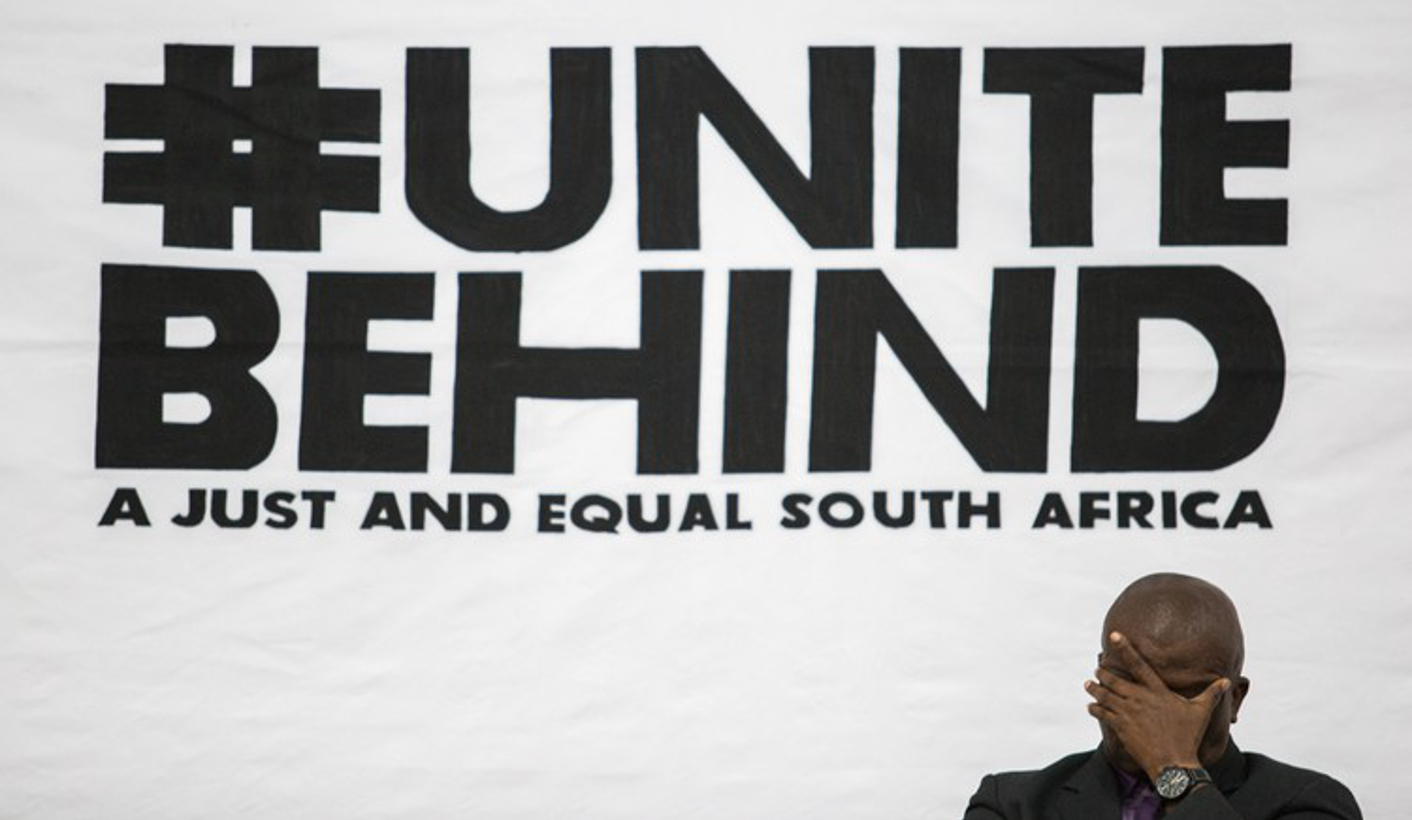 A veteran activist explains why she’s protesting with civil society rather than with political parties. By Liz McGregor for GROUNDUP.

Monday and Tuesday this week will be momentous days for Cape Town. Normal business will be suspended. Streets will be taken over by protesters demanding the removal of President Jacob Zuma.

I will be marching on Monday. My history is this: my heart has long been with the ANC but for the past two elections, I have found myself unable to vote for them. Instead I considered their most viable rival, the DA. But they too have turned out to be a disappointment. For the past 10 years, I have lived in Sea Point, where the DA has over 90% of the vote.

In such a strong position, they could have exercised visionary leadership. They could have encouraged their white voters to examine the roots of their privilege and acknowledge the pain of the black people banished to remote townships during apartheid. They could have helped Sea Point imagine an inclusive, sustainable future in which those impoverished and marginalised by apartheid could again find a home.

Instead they have sided with property developers. During the day, Sea Point is full of black workers and school children who get up 4.30am to get to work and school. Meanwhile, all over Sea Point, new housing complexes are being built, all aimed at the wealthy, mostly white, many foreign. Buildings owned by the province which could have been converted into affordable housing, are being sold off by the DA to private developers. Apartheid-era racial inequality is being reinforced. Vague assurances of future affordable housing come without timelines. They do not reassure.

We could have looked for inspiration to other great cities: London, for example, where all new developments must contain a sizeable portion of affordable housing. Or, even more pertinently, Berlin, where inclusive housing includes signposts on many street corners, reminding citizens of where past atrocities occurred. This is how a sustainable society is built: when we are constantly reminded of where we come from and what sort of country we want to create. Instead the DA has prioritised short term, unilateral gains over nation-building. This is not leadership.

How then does one effectively engage with the disaster overtaking our country in the form of the grand theft of state resources by Zuma and the Guptas? Metaphorically wringing one’s hands in dismay and impotent outrage in the Twitter/Facebook echo chamber hardly does it.

Then, in early April, I received a round-robin whatsapp message from Zackie Achmat, calling for a meeting of the CBD/Atlantic Sea Board community to discuss how to celebrate the life of Ahmed Kathrada, who had died a few days earlier. I knew Zackie from the extraordinary campaign he spearheaded for universally available ARVs in the early days of democracy.

The meeting was held 3pm on Sunday, 3 April. Reclaim the City, one of the NGOs which forms part of what was to become the #UniteBehind coalition, had just started occupying part of the long empty, province-owned Helen Bowden nurses’ home (which the DA is now trying to sell to developers).

The meeting was to be held inside but security guards locked the gates so we ended up sitting on the pavement outside, with the roar of traffic from Granger Bay Boulevard in our ears. The occupiers, a couple of older women wrapped in blankets against a chilly wind, participated from the other side of the fence. Axolile Notywala, now general secretary of the Social Justice Coalition, another #UniteBehind affiliate, chaired.

It was decided to organise a memorial service for Ahmed Kathrada which would celebrate his values. Volunteers were called for. I put my hand up.

On 7 April at St George’s Cathedral, Pravin Gordhan combined a tribute to Kathrada with a passionate call for citizens to act to help save the state. Equally powerful were the voices of the young black leaders who spoke: Vuyiseka Dubula of the Treatment Action Campaign; Phumeza Mlungwana of the Social Justice Coalition and Tshepo Motsepe of Equal Education.

In Khayelitsha on Freedom Day, 27 April, #UniteBehind was launched. Again it was the voices of youth that predominated.

For me, this is what distinguishes #UniteBehind: it is led and driven by young people, young black women in particular. South Africa is a young country – about 40% are under 25. They are both our present and our future.

Working with #UniteBehind – in a bit part role, as a part-time volunteer – has given me renewed hope for our future. They are disciplined, resourceful, incredibly hard-working.

#UniteBehind and its constituent NGOs ask a lot of their members. A few are graduates but most come straight from township high schools. Resources are thin. Some are paid a stipend but most are volunteers. They are thrown into the deep end. Within days of joining, they are organising complicated logistical operations; chairing meetings; engaging with municipal and provincial authorities. They rise to the challenge. Education is ongoing. This is a highly effective and dynamic leadership incubator.

Most are from the communities with which they work. They understand the hardship of life in resource-starved townships. Campaigns are carefully chosen and effectively executed. Research is meticulous; strategy is carefully thought out but also wily and agile.

What animated the formation of #UniteBehind is the knowledge that the money being stolen by the Guptas and their predatory allies in the ANC could help fix many of these problems that make everyday life so difficult. For many, it is not the ANC they have given up on, it is the thieves within it. So far, 26 Cape Town organisations have joined the #UniteBehind campaign for a just and equal South Africa. Together with a range of faith communities they will gather at 3pm on Monday in the CPUT parking lot on Keizersgracht to march on Parliament to demand that ANC MPs vote to recall President Zuma. See you there. DM

Views expressed in this article are not necessarily GroundUp’s