Explainer: Everything you need to know about Tuesday’s motion of no confidence debate 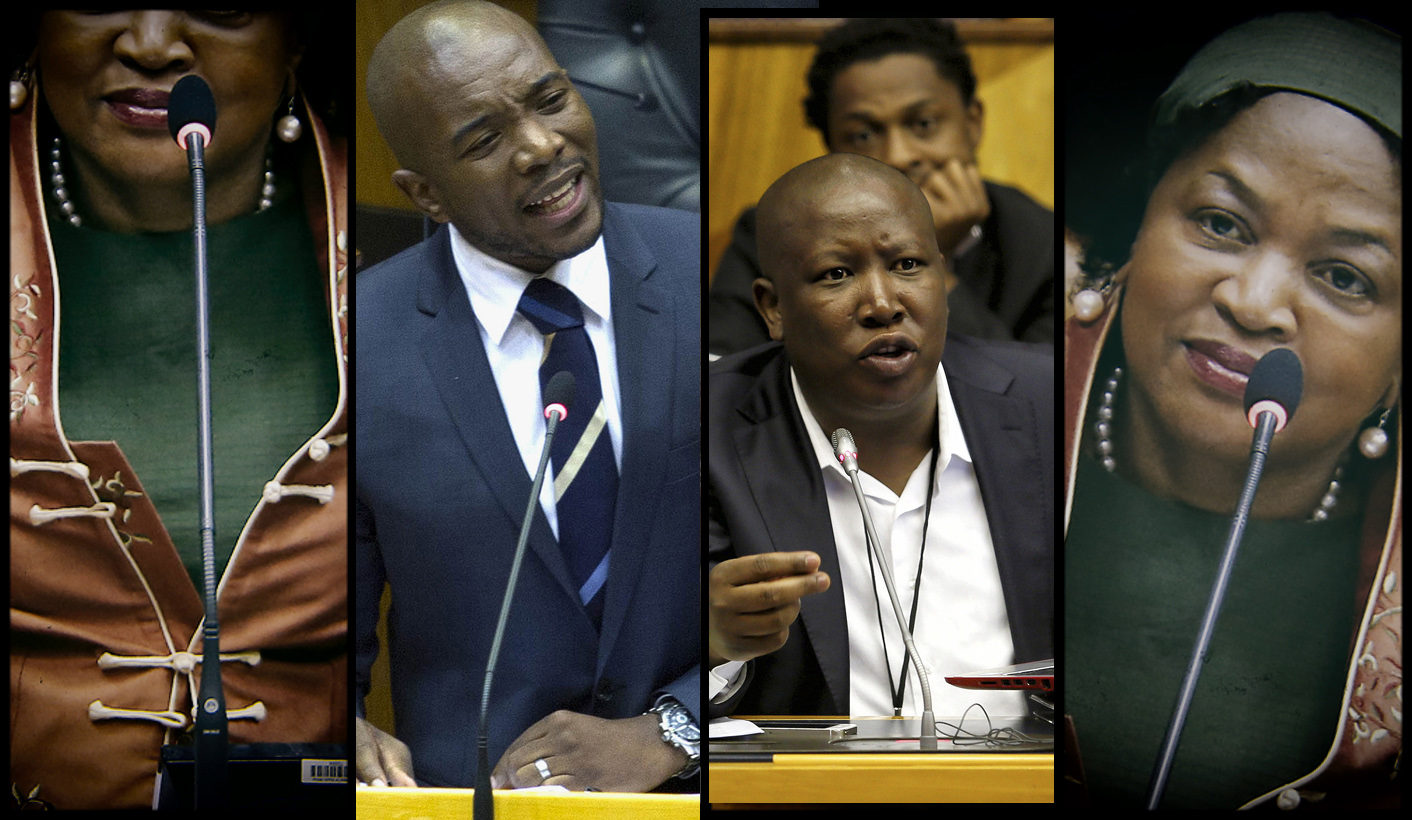 So what is at stake in the motion of no confidence in President Jacob Zuma scheduled for Tuesday? Is it an opposition regime-change plot to oust the ANC government? Is the ANC correct in stressing the party-political system and party discipline as it closes ranks, as it has traditionally done in times of pressure, amid assertions only it can determine its internal affairs? Here are some facts, considerations and other matters ahead of Tuesday’s scheduled motion of no confidence in the president, called under Section 102(2) of the Constitution. By MARIANNE MERTEN.

Tuesday 14:00 in the National Assembly, in the absence of a possible postponement.

If National Assembly Speaker and ANC national chairperson Baleka Mbete decides on an open ballot there could be action in court (and judges move to their own time frames) because opposition parties are expected to challenge the rationality of Mbete’s reasons for an open ballot. The decision on the voting format, as far as it is publicly known, is expected on Monday.

No one would object to a secret ballot, including the ANC which last month indicated to Mbete in response to her request for submissions that it would abide by whatever decision she makes. All of the other eight submissions made from the ranks of the 13 political parties represented in Parliament supported a secret ballot, according to a statement by Parliament issued at the time. However, commentators like Steven Friedman and others have cautioned that a secret ballot would set a precedent that would be unhelpful to transparency and accountability by elected public representatives.

A 50% plus one majority is needed for the motion of no confidence to be successful. That is 201 of the 400 National Assembly MPs.

For the motion to carry the opposition not only needs every single MP to be present and to support the motion, but it also needs a minimum of 50 ANC MPs. As not all of the 13 opposition parties are in support of the motion, a greater number of ANC MPs (around 60 to 70) are required to ensure it is successful. The opposition indicated last week that it had the numbers and would carry the day in a secret vote. Or as EFF leader Julius Malema put it at the party’s fourth birthday celebrations: “If there is a secret ballot, Zuma will be gone on the 9th of August…”

If the motion of no confidence is defeated, no real fallout is anticipated except political gloating and point-scoring from the ANC benches.

All but Zuma and two of his ministers are also members of Parliament, and would remain in their parliamentary seats. According to Section 87 of the Constitution, the president once elected in the National Assembly resigns as MP; the Constitution also allows the president to appoint two members to Cabinet from outside Parliament. In the current administration they are Water and Sanitation Minister Nomvula Mokonyane and Public Works Minister Nkosinathi Nhleko. They would definitely be out of a job – if the constitutional motion of no confidence succeeds.

Mbete would then become acting president for a maximum of 30 days during which a new president is elected by MPs with Chief Justice Mogoeng Mogoeng presiding. The same rules as set out in Section 86 of the Constitution apply as when a president is elected after an election. And this includes a secret ballot if there is more than one presidential nominee.

Anyone in the National Assembly qualifies for election as president, but given that the ANC holds the majority of seats, it certainly  will decide on the new president. Or as UDM leader Bantu Holomisa put it: “They are the majority… They must continue to 2019 (elections). They must bring another candidate.” That is not to say there may not be harsh and brutal politicking in the fractured and factionalised ANC parliamentary caucus and national leadership for whom a successful motion of no confidence would have lost control in the traditional assumption of the president also becoming the country’s president.

Vote of Conscience vs Party Line

The Constitutional Court made it clear that conscience, despite the possible harsh consequences for individuals, is a key consideration for MPs for whom citizens vote according to published party lists.

“Central to the freedom ‘to follow the dictates of personal conscience’ is the oath of office. Members (of Parliament) are required to swear or affirm faithfulness to the Republic and obedience to the Constitution and laws. Nowhere does the supreme law provide for them to swear allegiance to their political parties, important players though they are in our constitutional scheme. Meaning, in the event of conflict between upholding constitutional values and party loyalty, their irrevocable undertaking to in effect serve the people and do only what is in their best interests must prevail,” the Constitutional Court said in its judgment on 22 June.

The ANC, however, has repeatedly and publicly asserted party domination as its members were not free agents. Last week ANC Secretary-General Gwede Mantashe put it this way: “If they had [a] conscience, they should have discovered it before they agreed to be in Parliament on an ANC list.”

Hours after the Constitutional Court delivered its ruling, Zuma during his Q&A in the House said there was no reason to change anything in the upcoming motion of no confidence, the eighth he has faced.

“We should do what we have done in the past. Because I see no convincing reasons why we should change… You are trying to get a majority you don’t have. I think it is not fair…. Let us vote the way we have done in the past,” Zuma responded to a direct question on a secret ballot by Freedom Front Plus Chief Whip Corné Mulder, adding later: “You can go to court, the court will bring you back to the legislature…” DM