Analysis: Zuma’s Gravity pull, or what remains of it 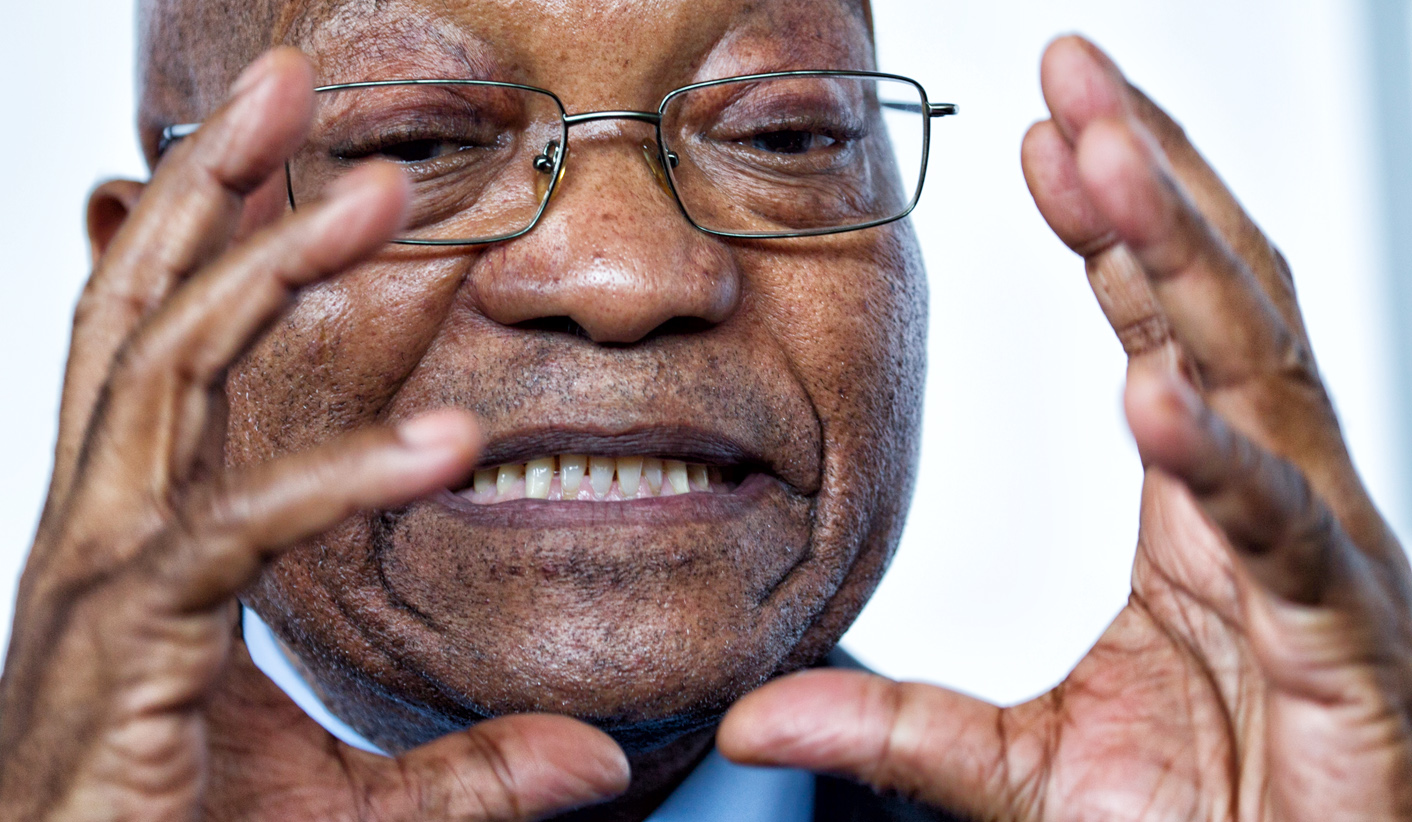 The nation, or the urban middle-class part of it, appears to be getting itself into a frenzy ahead of Tuesday’s no confidence motion in President Jacob Zuma. This is despite there being strong evidence, masked by all of the noise, that Zuma will still speak on Women’s Day as the president of the country. However, the fact that he is in this position, and that people believe his position is at risk, is another indication that he is on the back foot. Based on what we can see, he is finding it difficult to act with agency. By STEPHEN GROOTES.

National Assembly Speaker Baleka Mbete is probably enjoying this moment more than she’s letting on. Despite her comment to the Sunday Times that “you don’t wish to be me, it’s a difficult place to be”, she is in a seat of power. At the moment she appears strong and in control, and is able to command attention. For a person who still professes to have presidential aspirations of her own, this is a pretty comfortable position to be in. She would be mad to announce a decision before she absolutely has to, and give up that position of power.

But, one of the consequences of her waiting game is that it makes Zuma look weak. It makes it look almost as if he is waiting too. For a person who likes to be large and in charge, this cannot be very comfortable. And while there may well be communications between the leader of the ANC and the Chair of the ANC behind the scenes on this, the public perception would remain the same. Mbete has the power in this instance, Zuma does not.

Of course, this does not mean that Zuma is in much danger of losing power on Tuesday. It has been evident for some time that both sides of the ANC (and that is a huge over-simplification) are still holding out for the ultimate prize –  to win the leadership of a fully-functioning ANC in December. This means that either side can only move now if they are a hundred percent confident of that. At this stage, neither side is.

Still, for the moment, Zuma is probably safe in power. But that appears to be all the power he has.

One of the more interesting but slow-moving trends of the past 12 months has been how power has ebbed from Zuma, in that he appears no longer to have the ability to actually force much, or anything. This dynamic is obscured by the fact that many people have focused only on whether he is still in power or not. But that is a very blunt yardstick. If you use the finer calibration of what he has been able to achieve in the last 12 months, a much more interesting picture emerges.

It is hard to see where Zuma has exercised political power in any meaningful way this past year. (The March reshuffle really cannot be called “meaningful”.) This could suggest that he has had to use most of his power just to stay in the Union Buildings. And yet, it is important to him to be able to do things. Things like staying out of jail, and protecting those who could also be in danger of wearing orange in the near future. The second, based on the #GuptaLeaks emails, would be to continue milking the state.

Of course, we must never forget that we can only analyse what we can see – there may be manoeuvres happening under our political radar that show that he is in fact exercising strong political power. But that would lead to the question that if someone is in fact politically powerful, why would this be hidden? People who are strong usually display it because it makes them stronger, as politics is, most of times, a perception.

What is increasingly clear to see is that there are developments in the Free State that are surely troubling to Zuma, and the campaign to elect Nkosazana Dlamini-Zuma. The Free State’s provincial conference was due to start this Friday, but has now been postponed for “logistical reasons”. But if the past is any guide, it is usually the weaker faction that calls for a postponement. In this case, that would mean Ace Magashule’s power grip is weakening. Magashule is facing an unprecedented challenge from his deputy, Thabo Manyoni. Magashule has been the leader of the ANC in the Free State literally since the provincial party was formed. And of course, he has been one of the strongest backers of Dlamini-Zuma, the man who gave us Mineral Resources Minister Mosebenzi Zwane, and his two sons also have had close relationships with our favourite family, the Guptas.

If Magashule were to lose power in the Free State, it could be a gigantic blow to Zuma. But we should not forget that this leadership battle is not going to see provinces going to conference as distinct voting blocs. Instead, we are going to see branches from the same province voting in different ways. Despite that, we are still seeing Magashule under pressure, which surely must be an indication that support for Zuma in those branches is not what it was a few years ago.

For Zuma, this must be all very concerning. So what can he do to regain the political initiative? He cannot afford to sit back and just watch it all happen. He could try to lead the agenda again through some kind of huge policy initiative, or even through some kind of manipulation of the social dynamics in the country (for example, the recent horrible incident in which a group of white men attacked a black couple at a KFC in a racist attack). But that may not work, and he may be running out of time.

To do this successfully, he would need support from a large group of people within the ANC. He could never have made the issue around The Spear image work for him so powerfully without support from people within the ANC. Now that would be harder for the simple reason that fewer people support him. We are also a much more cynical country than we were during the Mbeki era; any such move would be transparent. And most people appear to have made up their minds about Zuma, and are unlikely to change their views now.

Zuma’s declining political power may all seem obvious and almost insignificant in the big scheme of all things news. But, it could turn out to be incredibly important. If things continue in this way, if Zuma continues to look as if he has lost the power to actually act, and yet still, somehow, Dlamini-Zuma wins the December contest, it will strengthen suspicions that the conference has been stolen. In other words, for Zuma to be perceived as politically weak and yet for him to “win” the conference anyway would create the public impression that he has stolen the ANC’s election. This would make it much more likely for those who lose the conference to leave the ANC altogether. It could also mean that voters are much more cynical about the brand of the ANC when the time comes to vote in 2019. DM