The SADC Wrap: Juju gets Zambia all hot and bothered, while Malawi wants ex-president behind bars 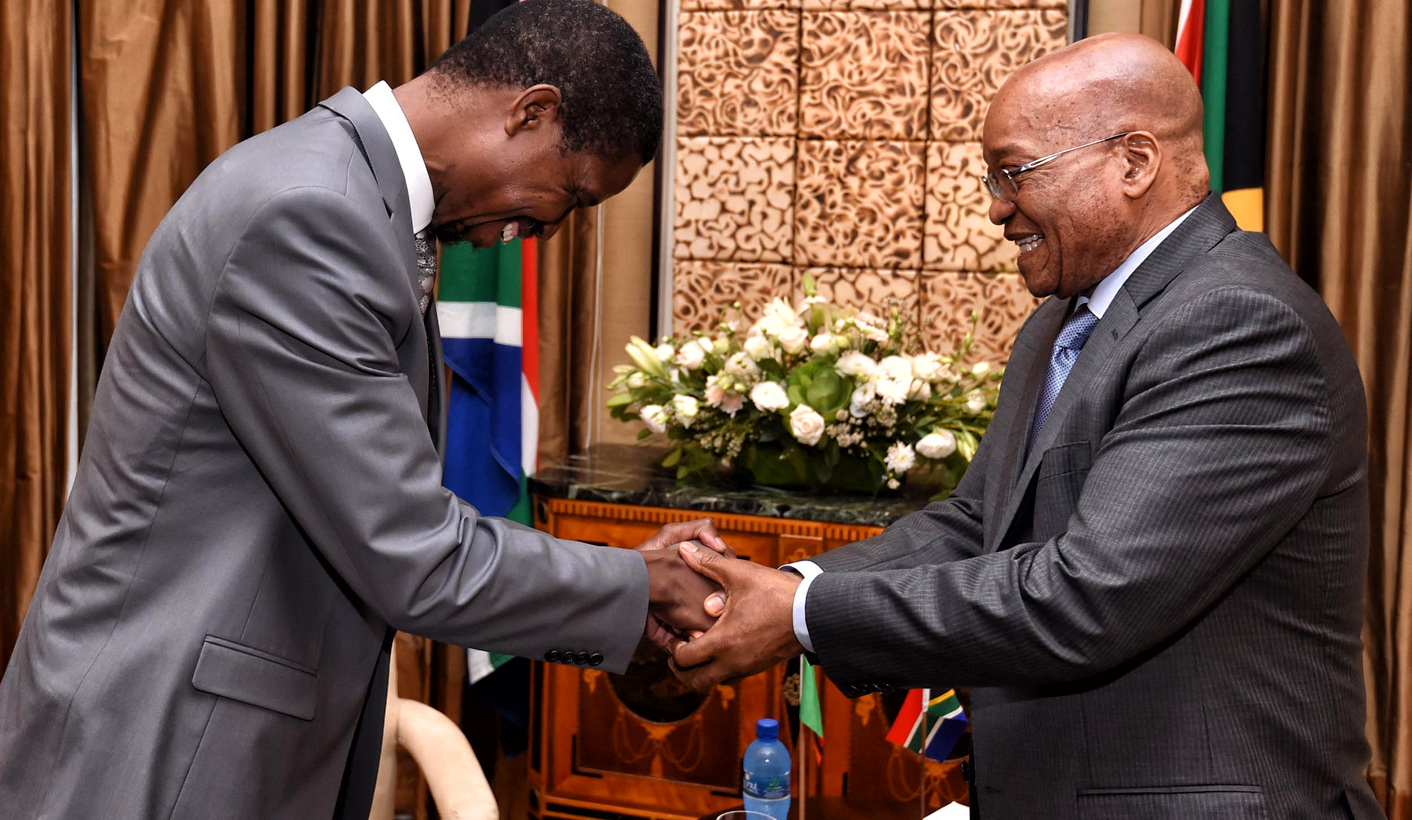 You have to hand it to the South African opposition. If they weren’t enough of a pain already with their points of order and protests, they’ve now managed to irritate an entire foreign power: Zambia.

First it was Mmusi Maimane, who in May was stopped from entering the country to attend a court appearance of jailed opposition politician Hakainde Hichilema.

Zambia’s response has been colourful to say the least.

Choice quotes from a statement by the ruling Patriotic Front party include:

In a separate statement, information minister Kampamba Mulenga said Malema “should realise that Zambians are politically mature and are capable of dealing with their own issues if any, and cannot stoop so low as to ask for help from political charlatans and unruly individuals”.

President Jacob Zuma, on the other hand, was warmly welcomed when he arrived in Zambia for an agricultural trade show at the weekend.

President Jacob Zuma arriving at the Dr Kenneth Kaunda International Airport for his working visit to the Republic of Zambia pic.twitter.com/WQSCrXmtQH

SABC reports that the two heads of state “discussed the political situation prevailing in Zambia”. What that means, though, is anybody’s guess.

Malawi last week issued an arrest warrant for former president Joyce Banda after police announced they had found evidence linking her to the $32-million Cashgate corruption scandal that in 2013 saw the country cut off from foreign aid.

A police spokesperson told Bloomberg that there was “reasonable suspicion that the former president committed offences relating to abuse of office and money laundering”.

Banda, who was elected president in 2012, left Malawi shortly after losing the 2014 vote – and hasn’t been back since.

Banda’s spokesperson said “security concerns” were keeping her away. But even as he said the former stateswoman would co-operate with the investigation, Andekuche Chanthunya called the warrant a “political witch hunt”.

Speaking to Reuters, Banda said, “I will be coming back because I never did anything wrong and I am innocent.”

Zimbabwe’s opposition parties came together last week to form a coalition ahead of next year’s election, announcing they would jointly back MDC-T’s Morgan Tsvangirai for president.

IOL reports that seven parties – including the mothership Movement for Democratic Change (MDC) from which Tsvangirai split in 2005 – came together at a rally of “about 3,000 supporters”.

“Why have we wasted our efforts for the past 10 years fighting each other when we have achieved nothing to show for it?” Tsvangirai reportedly said.

Analysts have pointed to the competing egos of Zimbabwe’s fractured opposition as one of the reasons for President Robert Mugabe’s continuing hold on the country.

After a near-ousting of Mugabe in the 2008 vote, the MDC-T lost ground in momentum in the next poll five years later.

“It is you, the people, who demanded this unity,” Tsvangirai said on Saturday, according to VOA. “Today we have come here to publicly testify that we heeded your call.”

Over 100 people were arrested in the Democratic Republic of Congo last week in protests against the ongoing delay in the country’s elections.

President Joseph Kabila’s term was set to end last year, but was postponed for what the government described as financial and logistical reasons.

An agreement reached with the opposition pushed that election deadline to the end of this year, but the electoral commission recently announced this would still not be met.

According to AFP, several journalists covering the action were also detained.

The Scientists Collective • 17 hours ago