Health-e News: Cancer and HIV fields collaborate for a cure 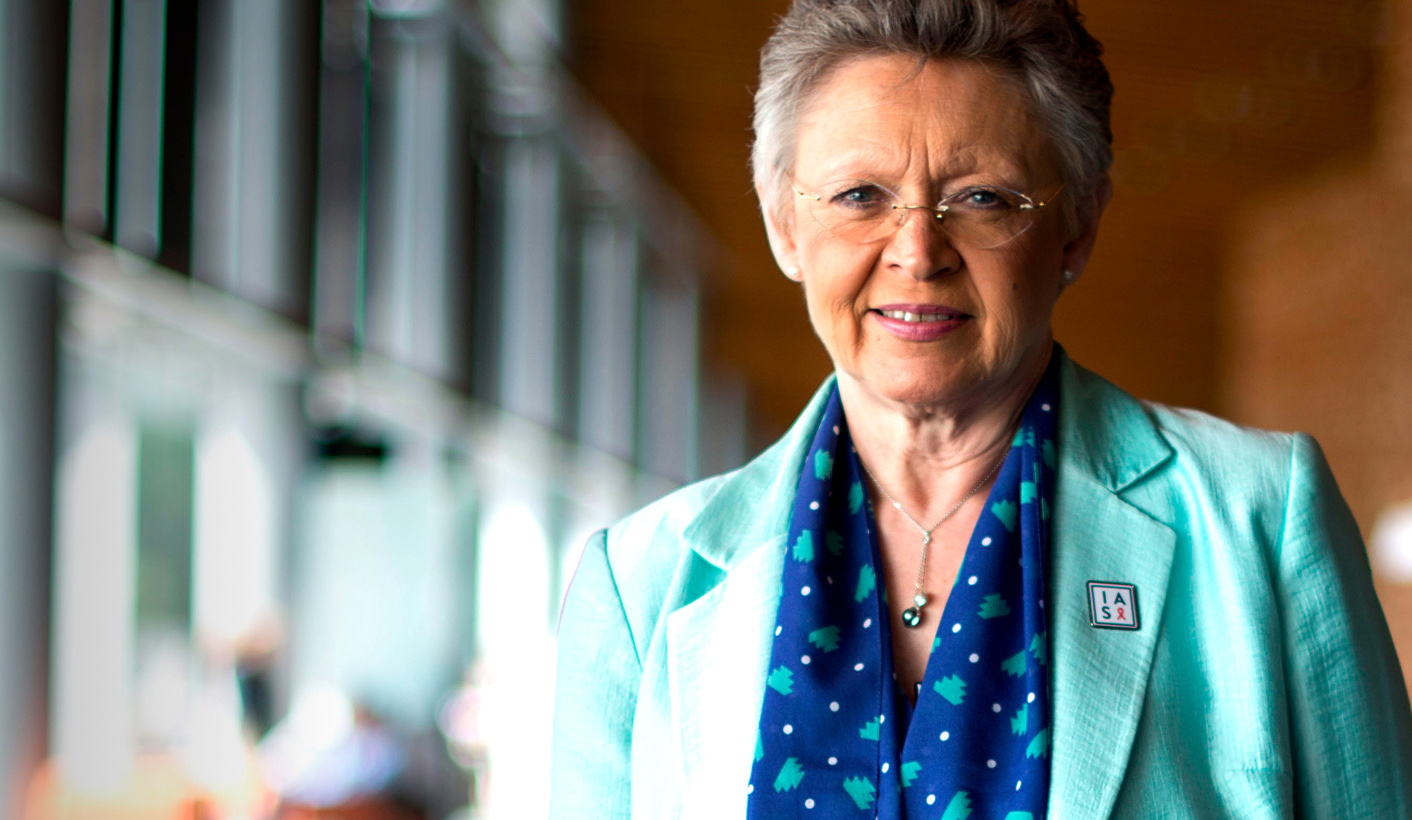 The first-ever anti-HIV drug, AZT, was initially developed to fight cancer but was abandoned in preliminary testing. This breakthrough drug saved lives and offered hope to people with Aids. Over two decades later, the fields of oncology and HIV are collaborating again in the search for a functional cure for Aids, reports AMY GREEN for HEALTH-E NEWS.

“Why HIV cure and cancer?” asked Nobel Laureate Professor Françoise Barré-Sinoussi at a meeting in Paris last month. Renowned for co-discovering the HI virus in 1983, she said that the two had more in common that one would expect.

At a forum held shortly before the 9th International Aids Society (IAS) Conference on HIV Science in late July, Barré-Sinoussi said a collaboration between the two fields held promise towards finding a more sustainable solution to the current option for people living with HIV: daily treatment for life.

“Well we know, first of all, some people on long-term treatment develop cancer,” she explained. Second, she said that over the past five years there is “more and more data” showing similarities between tumour cells and those latently infected with HIV.

When a person’s antiretroviral treatment (ART) is working to suppress the amount of virus in the blood to below detectable levels (an undetectable viral load) a number of HIV-infected cells persist. These latently infected cells stop infecting other cells with HIV but reactivate when a person stops taking ART. A group of latently infected cells is called an HIV reservoir – and it is this that scientists are trying to locate and destroy in the hope of finding a cure.

Although it might not seem so obvious because HIV is an infectious disease, there are “quite a few similarities between cancer and HIV, once people are on treatment”, says Professor Sharon Lewin, who is co-chair of the IAS HIV Cure & Cancer Forum.

“What we’re trying to do here is, in the cure context, for us to stop treatment and the virus doesn’t rebound and something we call remission – which is actually from the cancer world (happens),” Lewin told Health-e News. “Cancer is much the same in some ways: there is initial treatment where you remove the bulk of the tumour and then often the doctor says you’re in remission … and the cancer often returns.”

She said another way the two are similar is in the immune system: “When our immune system sees lots and lots of foreign material as in cancer or in HIV it gets overwhelmed and immune cells kind of become exhausted. They’re still there but they don’t function properly,” she said.

“Recently the advances in cancer treatments are trying to reinvigorate or wake up those cells and get them back to work again.”

The drugs, called PD-L-1 or PD1 inhibitors, are less toxic and work to arm the immune system rather than kill cancer cells and have been hailed as a revolution in oncology – working particularly well with certain cancers.

Lewin said that the drugs have been around for a few years but have not been licensed for use in HIV-infected individuals.

But the first research done in people living with HIV and cancer has delivered mixed findings. This could be attributed to the fact that HIV-infected individuals with cancer are usually sicker with doubly-weakened immune systems, says Lewin.

The PD1 inhibitors “wake up” the T-cells and also the latent virus.

“The whole challenge, which is different to the cancer world, is the virus hides. It’s hidden and we need to wake it up.”

She said the hope is that these drugs will activate the immune system and the hidden virus reservoirs so they can be attacked.

She said tests are currently being conducted in monkeys but that plans for trials in healthy HIV-infected people are in negotiations; a process that has been under way for five years but which Lewin hopes will be fast-tracked after the US Federal Drug Authority’s approval for the drugs’ use in more and more cancers.

Another research strategy being explored in the cancer world is gene therapy, where “people are now trying to chop out the cancer genes using gene scissors.

“People are also trying to do this in HIV or using gene modification of the T cells,” she said.

But this is one strategy in need of highly sophisticated equipment and expertise and Lewin said any cure strategy would need to be accessible to all people living with HIV.

Only one person is thought to have been cured from HIV through a bone marrow transplant, an expensive and dangerous operation.

While HIV experts are looking to the cancer world for answers, Dr Aurélien Marabelle, Gustave Roussy from Cancer Cure Europe said that collaboration could be mutually beneficial; especially when it comes to access to affordable life-saving medication. Aids activism brought drug prices down and he said a similar movement is needed to bring new expensive cancer treatments within reach of cancer patients.

Lewin agreed that access should be at the forefront of cure research initiatives: “The most important thing is, whatever cure intervention we can develop, it has to be cheap and easy and accessible to lots of people.

I don’t think there will be one solution to curing HIV and it won’t be another breakthrough tablet like we had with ART. I expect it will be a combination of treatments and most importantly – not lifelong. We’re still a bit of a way off at the moment.” DM