Scorpio: The plot thickens as Sars acts swiftly over CFO Matlwa, yet marks time over Makwakwa 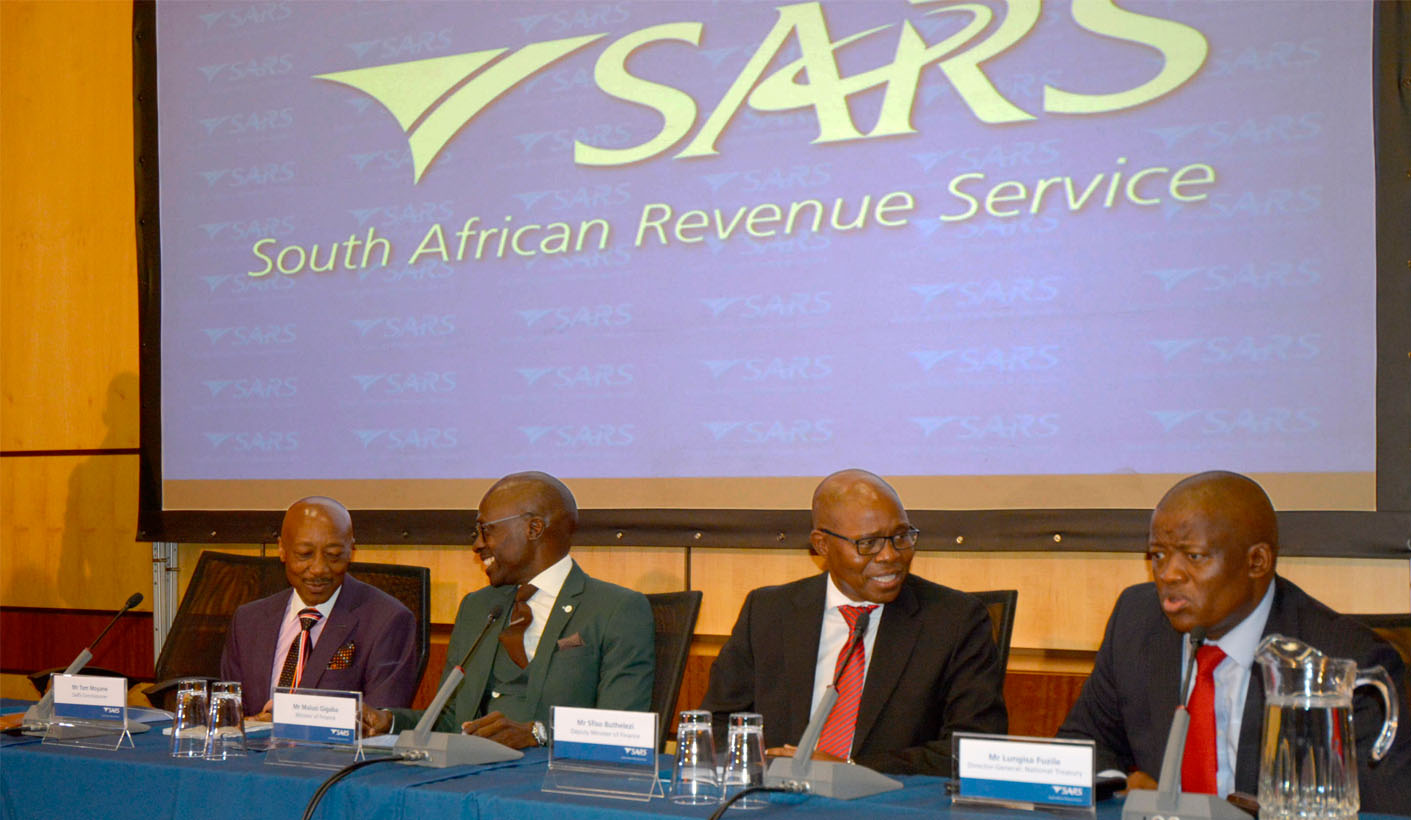 Matsobane Matlwa was facing a complaint of bullying and abusive behaviour against a colleague when he “resigned” as CFO of the SA Revenue Service (Sars) this week. He shied away from explaining the circumstances, but Scorpio has evidence suggesting Matlwa didn’t go wilfully. The swift action by Sars stands in stark contrast to Sars boss Tom Moyane’s delaying tactics in getting rid of his right hand man, Jonas Makwakwa after he was caught depositing millions of dodgy rand into ATM’s. We don’t have all the pieces of the puzzle, yet, but let’s discuss what we know so far. BY PAULI VAN WYK

Chief Financial Officer Matsobane Matlwa was marched out of Sars Lehae building in Pretoria this week under the supervision of security personnel. He left Lehae for Hilton House offices, also in Pretoria, to fetch some of his belongings and was escorted out of this building too. He has been ordered to serve his notice period at home – a fact that struck every source in as very odd.

Yet, Matlwa tried his best to convince Scorpio on Friday that he has “resigned on my own accord”.

Scorpio sent formal questions to  on Wednesday evening asking for context regarding the matter. Hours later, sent an internal memo to staff, informing them Matlwa “resigned”.

Sars spokesperson Sandile Memela repeated this version to Scorpio, saying “… unless otherwise and or necessary, does not divulge or discuss its employees and related matters between employee and employer in the public domain”.

The facts on the table contradict the official version.

Matlwa didn’t mention the pending complaint against him to Scorpio, nor that he was threatened with disciplinary action and that an investigation into his conduct has been launched. According to senior sources in Sars, Matlwa chose to resign rather than sit through the disciplinary process. Only after Scorpio revealed knowledge of the sword hanging over his head, did Matlwa confirm the existence of the

“I’ve sat through what they call an investigative interview. I explained the matter to Moyane. But this is not the reason for my resignation. In the reasons, you’ll see I didn’t mention any bullying or abusive behaviour,” Matlwa said. He declined to provide Scorpio with his reasons for resigning.

In a formal complaint of 6 pages dated July 21, a female employee in office accused him of being abusive, unprofessional, extremely sexist, that he threatened to kick her out of her job and shouted at her.

Moyane has acted swiftly against Matlwa. Two weeks after the complaint was laid, an initial charge sheet was drawn up, a disciplinary investigation was under way and Matlwa decided to resign.

This stands in stark contrast with how Moyane dilly dallied on the suspension of Jonas Makwakwa.

Makwakwa, ’ chief officer: business and individual taxes, has been red flagged for R1.3m in “suspicious and unusual” cash payments into his bank accounts as well as three cash deposits into his girlfriend’s account.

During Moyane’s reign, Makwakwa became a powerful official at . Over and above his normal tasks, Moyane also ordered him to oversee the Large Business Centre, effectively giving Makwakwa oversight into the matters of all taxpayers.

It is unsure what triggered the investigation.

A report that included various other transgressions was compiled and sent to on May 17, 2016.

The report was locked in Moyane’s vault for four months until it was leaked to the media.

On September 15 Moyane begrudgingly suspended Makwakwa. In an internal note he appeased staff by saying: “I would like to assure all of you that when this matter was brought to my attention, took all the reasonable steps within our policies to engage with the matter…I believe has followed the correct procedure…”

That, however, is highly questionable. In terms of the Financial Intelligence Centre Act (FICA), Moyane was obliged not to disclose the information in the report to Makwakwa – which he did.

Controversies around Makwakwa haven’t stopped since he was suspended, either.

amaBhungane revealed in October last year that Makwakwa seems to have used his influence to secure a position in the legal department for his then 25-year-old girlfriend.

In February 2017, Business Day accused Makwakwa of allegedly intervening in a tax matter at the behest of Durban billionaires Shauwn and S’bu Mpisane, whilst he was under suspension.

Scorpio has seen evidence that both amaBhungane and Business Day’s stories.

The media has questioned Moyane several times about the Makwakwa matter since his suspension, soliciting a combative and defensive response from Moyane.

Moyane’s standard answer is that he’s “waiting” for a response from law firm Hogan Lovells, who was appointed to investigate the matter.

Why the ringing disparity in Moyane’s conduct? Scorpio does not yet have documentary evidence to answer that question.

Senior Sars sources, however, said Matlwa fell into disfavour with the boss after he made certain revelations to the Auditor-General relating to payments to Makwakwa. Matlwa has denied this.