Rwanda: ‘Green’ candidate claims massive support in run-up to poll, but the facts don’t back it up 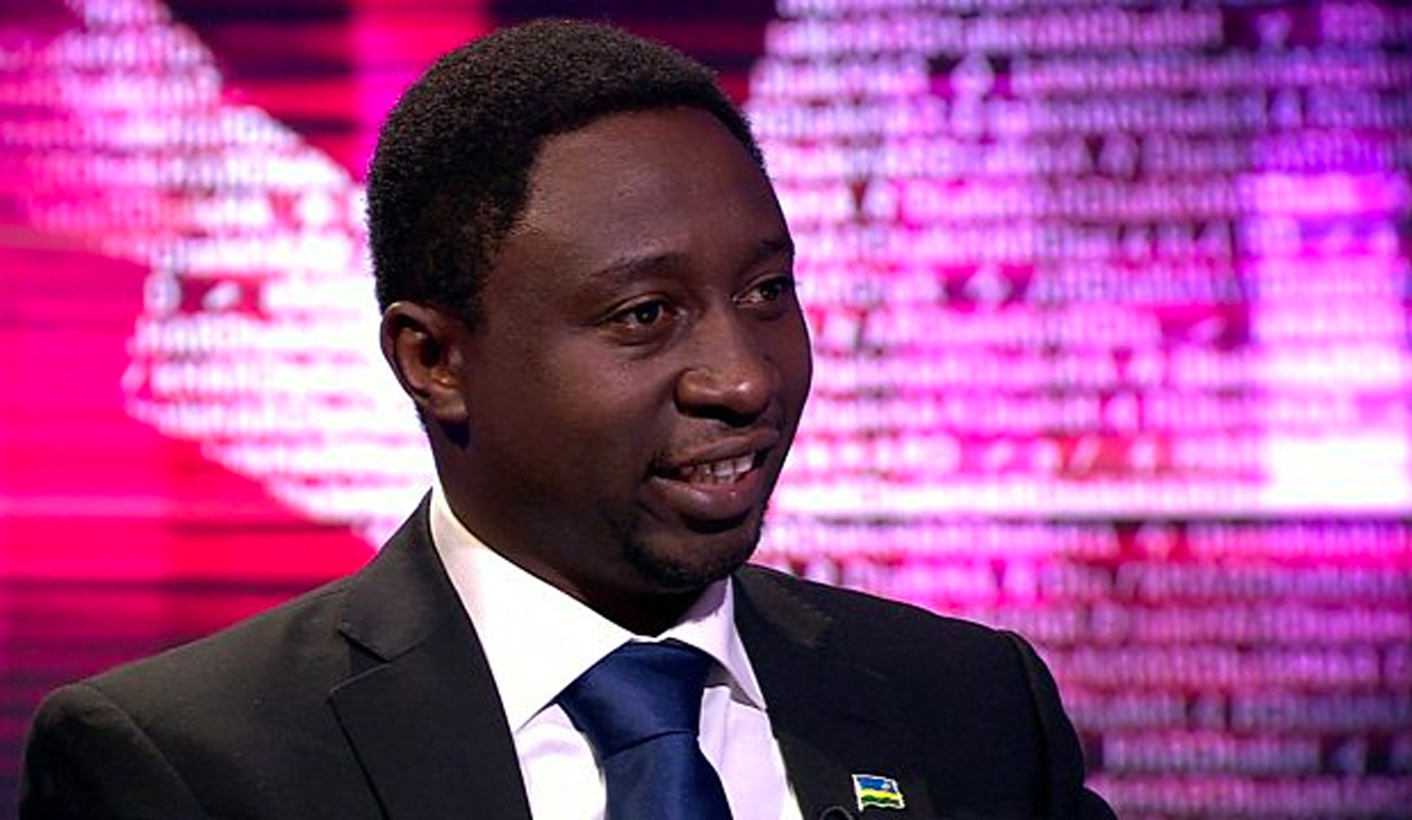 His chances of snatching victory in Rwanda’s presidential vote on Friday are next to nothing. Frank Habineza’s running anyway. KRISTEN VAN SCHIE reports.

At one rally, the hopeful in Rwanda’s presidential poll was met by a cavalcade of bikers decked in the colours of the ruling Rwanda Patriotic Front (RPF). At another, Habineza’s Democratic Green Party was told it could not campaign at its advertised venue – and was instead referred to a nearby cemetery, he said. Then there was that time a group of school kids waving RPF flags threw stones at him…

“It was a very bad beginning,” Habineza admitted to Daily Maverick via telephone a few days before the vote.

Still, being on the ballot paper at all is an achievement for the Green Party. It took four years of jumping through bureaucratic hoops to be registered officially in 2013 – a period peppered with intimidation, arrests, and assault, says Habineza.

In 2010, his deputy’s body was found not far from the Burundi border, partially beheaded. Habineza fled to Europe and didn’t return until 2012.

Five years later, the 40-year-old is one of just two contenders – the other is independent candidate and former journalist Phillippe Mpayimana – standing against President Paul Kagame in a vote analysts overwhelmingly agree they have no hope of even coming close to winning.

Three further hopefuls were struck from the race after failing to submit the required 600 signatures in support of their candidacies.

Kagame came to power in 2003 with a staggering 95% win. He was re-elected in 2010 just two percentage points down.

For all the reports of repression and autocracy, when the country held a referendum in 2015 on whether or not to allow him to run for a third term, the answer was an unequivocal “yes” of 98%.

Now, he’s set to dominate once again in a vote that for all its exclusivity will probably still meet the “free and fair” benchmark, says Signal Risk director Ryan Cummings.

“The democratic space in Rwanda is certainly not open and that in itself places limitations on how open and inclusive the election process is, but there’s unlikely to be rigging and ballot-stuffing,” he told Daily Maverick. “He’s going to win the election because people are more than likely going to vote for him.”

“Divisive Kagame set for third landslide as Rwandans prepare to go to polls,” read The Guardian’s headline this week.

A piece in the New York Times on Thursday called Kagame “Rwanda’s Forever President”, and described his pair of opponents as “innocuous”.

Not that you could tell following Habineza’s campaign online.

The daily Facebook updates from the road were positively glowing. “It was massive,” the party wrote of a rally. “Thousands” were “thrilled to see [them]” at another. “They stopped us and promised to vote for us,” gushed one post.

All the steps to facilitate a third term had been carefully followed – and by actively participating in the election, Habineza’s Green Party was legitimising the results of the very 2015 term limit referendum they had publicly opposed.

“The arena available to the opposition in Rwanda is very limited,” said Reid. “This is not an election to participate in to win, but to show their supporters that they’re there. They have to take the hit now to be a stronger opposition.”

Still, even as tens of thousands gathered in support of Kagame, Habineza predicted victory.

“We know that people came out in big numbers to the ruling party rally, but we know that some of them they will not vote for them,” he told Daily Maverick.

“We have support from all over: from the military, from the people, from the government, from the villages. We know that on election day people will vote for us. We’re not scared about that.” DM