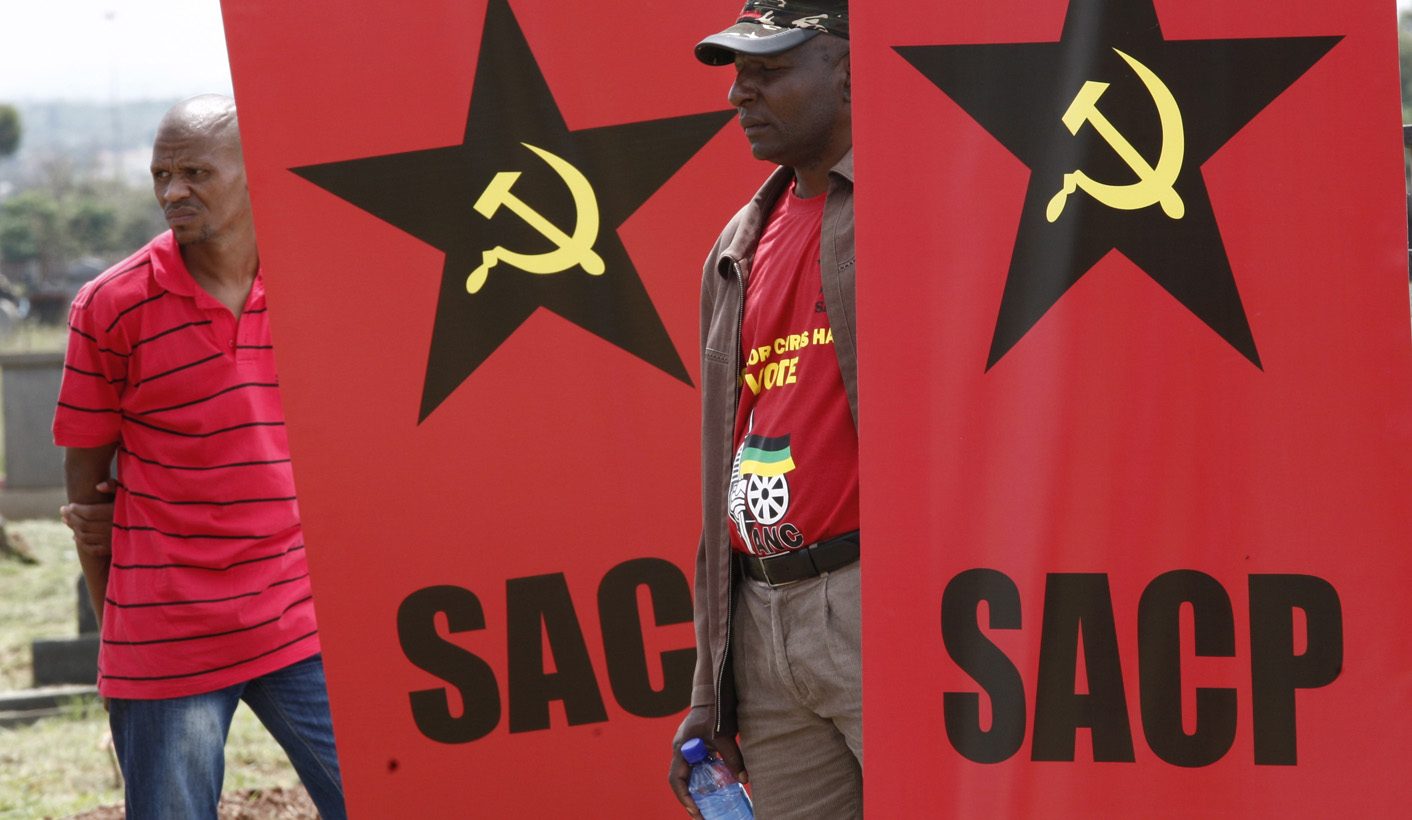 The alliance between the SACP and ANC is in its worst crisis since the late 1930s. By OMRY MAKGOALE.

From several years after its formation in 1921, the South African Communist Party – born as the Communist Party of South Africa – understood that in colonial Africa it was necessary to model itself as a national liberation movement if it was to make any headway.

Once it overcame the limitations of its leading the white mineworkers’ strike in 1922 under the slogan “Workers of the World, Unite and Fight for a White South Africa” – put down by armed force and hangings by the Smuts government – and after it was instructed by the Soviet Union in 1928, it understood it could not fight for communism first.

Ever since then the communists saw being a liberation movement as the stepping stone to establishing the first stage towards achieving a socialist state. This followed Communist International declarations on colonial countries.

They saw fit to strengthen liberation movements and work inside liberation movements to mobilise and convince them about the ultimate goal of establishing socialism and lastly communism as the final stage of human social development, according to Marxist-Leninist theory. This was how the SACP worked within the ANC on the basis of “dual membership”, and what members of Umkhonto we Sizwe (MK) were taught in exile.

For ANC members the struggle was for national liberation, described as the national democratic revolution (NDR), characterised by a high degree of state capitalism, with parastatals co-existing alongside the emerging national bourgeoisie We are living under this NDR state at the moment, but with corruption stifling any development towards prosperity.

As ANC members in national government since 1994, the SACP has been fighting corruption half-heartedly. It supported Jacob Zuma’s appointment as president in 2009 despite 783 charges hanging over his head, and then after the Marikana massacre in 2012, after the Nkandla saga in 2013 and after the Constitutional Court ruling last year that President Zuma failed to respect the rule of law, undermining the Public Protector.

The SACP has now ultimately seen the light, although it might be too late in the saga of the Zuma Presidency. Maybe the party should be commended for correcting its stance on the wrongs of the past. (Bearing in mind that Zuma was a Politburo member of the SACP, as well as a director of Mbokodo, until he let his party membership slip away in 1990).

But how does the SACP stand about the motion of no confidence in president Zuma now facing Parliament?

What is its position, as ANC MP Makhosi Khoza bravely faces death threats when she promises to vote against Zuma, and MP Mondli Gungubele is bludgeoned into silence?

Will the SACP instruct its members, under ANC tickets in Parliament, to vote for the motion to oust Zuma, or to vote against the motion? This places the alliance between SACP and ANC in its worst crisis since the late 1930s, even before the formation of the National Party government in 1948, which cemented the alliance unshakeably – until now.

Consider the position of Gwede Mantashe, member of the Central Committee of the SACP and also Secretary General of the ANC. In what direction is the loyalty of the former chairman of SACP and current SG of ANC? One way or another he must decide. Does he toe the SACP line in demanding Zuma resign or does he follow ANC NEC members who see nothing wrong with Zuma and want him to finish his term as SA President?

Where do you stand, Comrade SG?

The SACP’s decision at its national conference last month to campaign independently from ANC in future elections has been taunted. Is it feasible? Are the masses ready for a Communist Party take over? There are more than forty SACP members in the national parliament under an ANC ticket. What will they do in future, sing the Red Flag only and forget Nkosi Sikelel’ iAfrika, or sing both?

What will happen for comrades like Gwede Mantashe? Will they still maintain dual membership? Indeed this is the crossroads for SACP and ANC. It has never been like this since the times of Thabo Mofutsanyana in the 1930s, when the organic bond between SACP and ANC was cemented. What would the giants of the past such as Moses Kotane and JB Marks think of the current situation? Which side would they choose?

The current problem in the National Assembly which threatens to split ANC and SACP is caused by South Africa’s electoral law, which provides universal adult franchise but not representative government. Under our present party list system, with 100% proportional representation, all MPs represent their party headquarters, but they do not represent voters. No MP is directly elected as an individual by voters in constituencies, in which people know who they are choosing when they vote, and freedom of conscience of MPs is protected by law until the next election, when the voters can choose again.

This undemocratic political structure is what killed socialist countries such as Soviet Union and German Democratic Republic, which supported ANC and MK in exile. Lack of accountability to voters, with the power to make their own decisions, is what produced Joseph Stalin in the USSR and Nikolai Ceausescu in Romania. This type of one-party government, with a toothless and meaningless parliament, could not survive the perestroika and glasnost of Mikhail Gorbachev.

Our current electoral system is likewise a relic of the past and should be discarded. With freedom of the voters to choose between individuals in elections, the old alliance between SACP and ANC could still survive. This would solve the problem of “Who is ‘we?’”, “Who is ‘us’?” in our slogan “Amandla Ngawethu!” – is it party bosses or the people?

The majority proposal of the Electoral Task Team in 2003 should be adopted, so that 75% of MPs go directly to the voters for election, while 25% are appointed in terms of party accountability, as at present.

In this way the fighting party of Moses Kotane, JB Marks, Thabo Mofutsanyana and Josie Mpama could survive the storms of the future. DM

Omry Makgoale is a rank and file member of the ANC. These are his personal views

Photo: The SACP-ANC alliance is at a crossroads and has never been like this since the bond between the two was cemented in the 1930s. Kim Ludbrook (EPA)