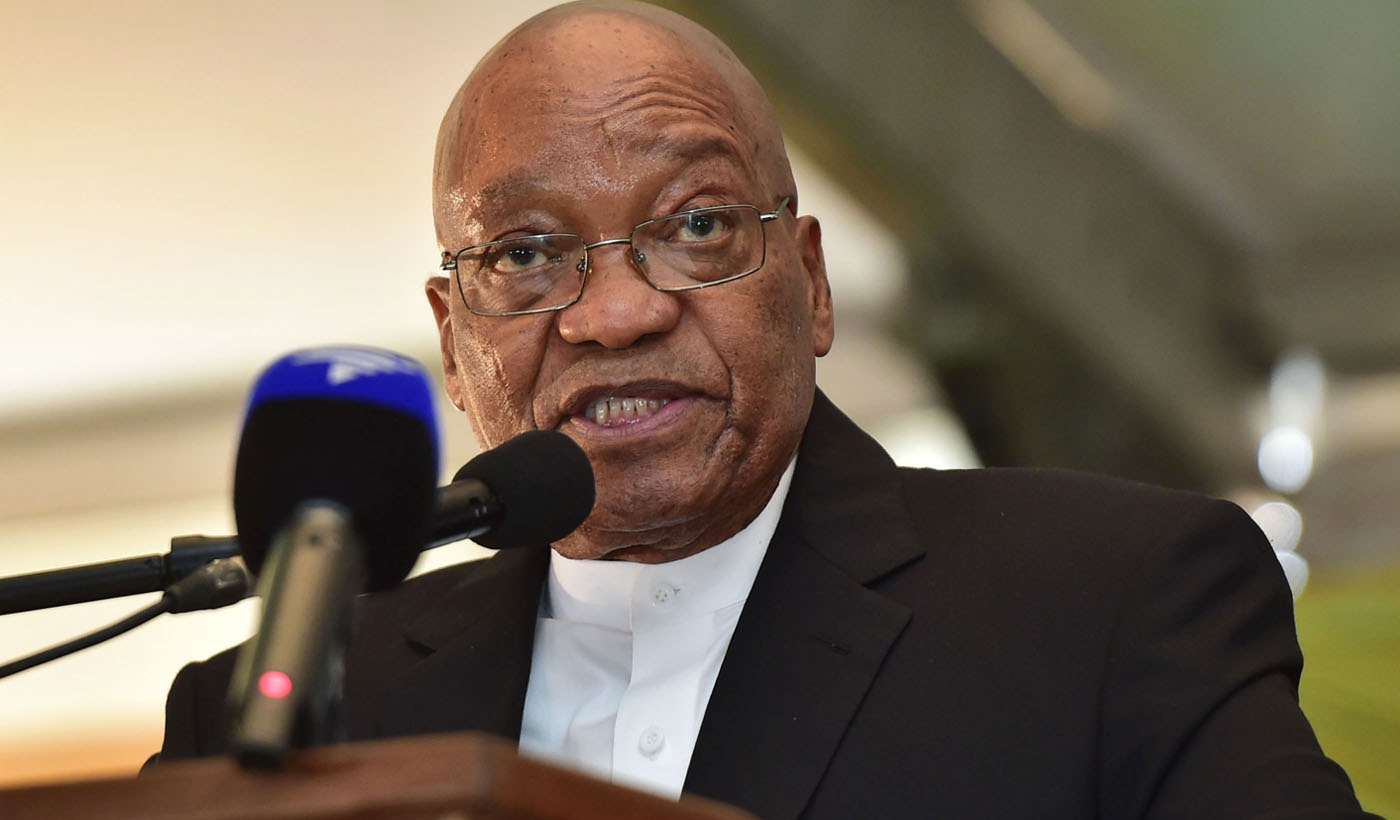 In a blow to the pro-Zuma faction of the ANC in the Western Cape which planned to march in support of the President next week, the family of the country’s first minister of justice, Dullah Omar, have distanced themselves from the region named after Omar and have formally written to the NEC to request that his name be removed from the ANC Cape Town Metro Region with immediate effect. By MARIANNE THAMM.

Four days after the ANC’s NEC set aside a Western Cape provincial executive committee decision to disband the leadership of the party’s metro region, named after Omar, the late minister of justice’s family have issued a hard-hitting statement distancing itself from the faction.

The statement was issued by the Omar’s sister, Latifa Omar, on behalf of the family and follows an announcement by the region named after Omar that it would be marching in support of President Jacob Zuma ahead of the vote of no confidence on 8 August.

“We firstly wish to place on record that no consultation with the family took place regarding the naming of the region after Dullah Omar. We considered it churlish at the time to take up the matter with the region. With hindsight, it is clear that we should have done so at that time,” said the statement.

While the family appreciated the decision to name the region after Dullah Omar as a way of honouring his memory, “we have decided that the time to make this statement has arrived, in view of what has happened since then and which has drastically undermined and weakened the African National Congress and the struggle for a just, non-racial, non-sexist and egalitarian society”.

Many ANC leaders, read the statement, “from ANC branches to the highest level – have dropped the ball:  they are more interested in themselves and their positions than serving the interests of the people; factionalism, greed, anti-democratic practices have taken root; corruption and poor governance are rife; they act with arrogance and impunity.  Their behaviour has let many down and is destroying the ANC and the country”.

The legacy of Omar “a man of integrity, honesty and humility” was in marked contrast to “the behaviour and actions in recent years of many ANC leaders and members up to and including President Jacob Zuma”.

“Neither he (Omar), nor his name, should ever be associated with justifying the reprehensible or defending the indefensible. As a family, we cannot allow him to be undermined simply because of his absence.”

The family called for millions in the ANC to take back the party and to rebuild it rooted in communities by building strong branches, holding leaders to account, rooting out corruption at all levels and cherishing the values of stalwarts like Omar.

The family had formally written to the ANC NEC to request the removal of the name of Dullah Omar from the name of the ANC Cape Town Metro Region in the Western Cape, “with immediate effect” and to “dissociate Dullah Omar’s and our family’s name from the planned march for the 8th August 2017 in support of President Jacob Zuma”.

The ANC’s Provincial Executive in the Western Cape took a decision to disband the regional executive, the largest in the region, after it had disrupted a policy discussion sitting late last month ahead of the ANC’s policy conference on 6 July. Part of the conflict was to do with which delegates would be sent to the policy conference.

The Dullah Omar region, loyal to former disgraced Western Cape Chairperson, Marius Fransman, had consistently undermined the authority and the leadership of the PEC. The PEC then resolved it had “no choice” but to to disband the Dullah Omar region which had also been shown in surveys to have put in the “least effort” in terms of canvassing voters in the metro.

A group of disgruntled leaders of five regions including the Cape Metro, Overberg, West Coast, Boland and Central regions later called a press conference claiming the PEC wanted to strip the Boland region of powers.

The ANC’s top six leaders then visited the Western Cape and found a deeply divided region. Then on 31 July, ANC Secretary General Gwede Mantashe announced that an appeal by the region executive of the Dullah Omar region against its dissolution had been upheld and the regional committee had been reinstated. The region announced earlier this week that it would march in support of President Zuma.

The snub from the Omar family bolsters those in the Western Cape ANC who are attempting to rescue the party from the ruins of Marius Fransman’s divisive and autocratic leadership.

The family have asked ANC supporters in the Western Cape to “support the revival of progressive and vibrant community-based organisations to actively work with the ANC and government at all levels to uplift our people and ensure that our leaders work in the interest of our people – particular the poor, marginalised and vulnerable – and not themselves; to defeat racism and foster inclusivity and non-racialism, and to strengthen good governance, including fighting corruption”.

They concluded that Omar would have been “troubled and hurt… deeply that his name be associated with anything but the defence and advancement of the founding values of the ANC and the principles of our constitutional democracy. Both of which he cherished, lived and worked for so hard”. DM

Photo: The Dullah Omar family have dissociated themselves from the planned march  in support of President Jacob Zuma.