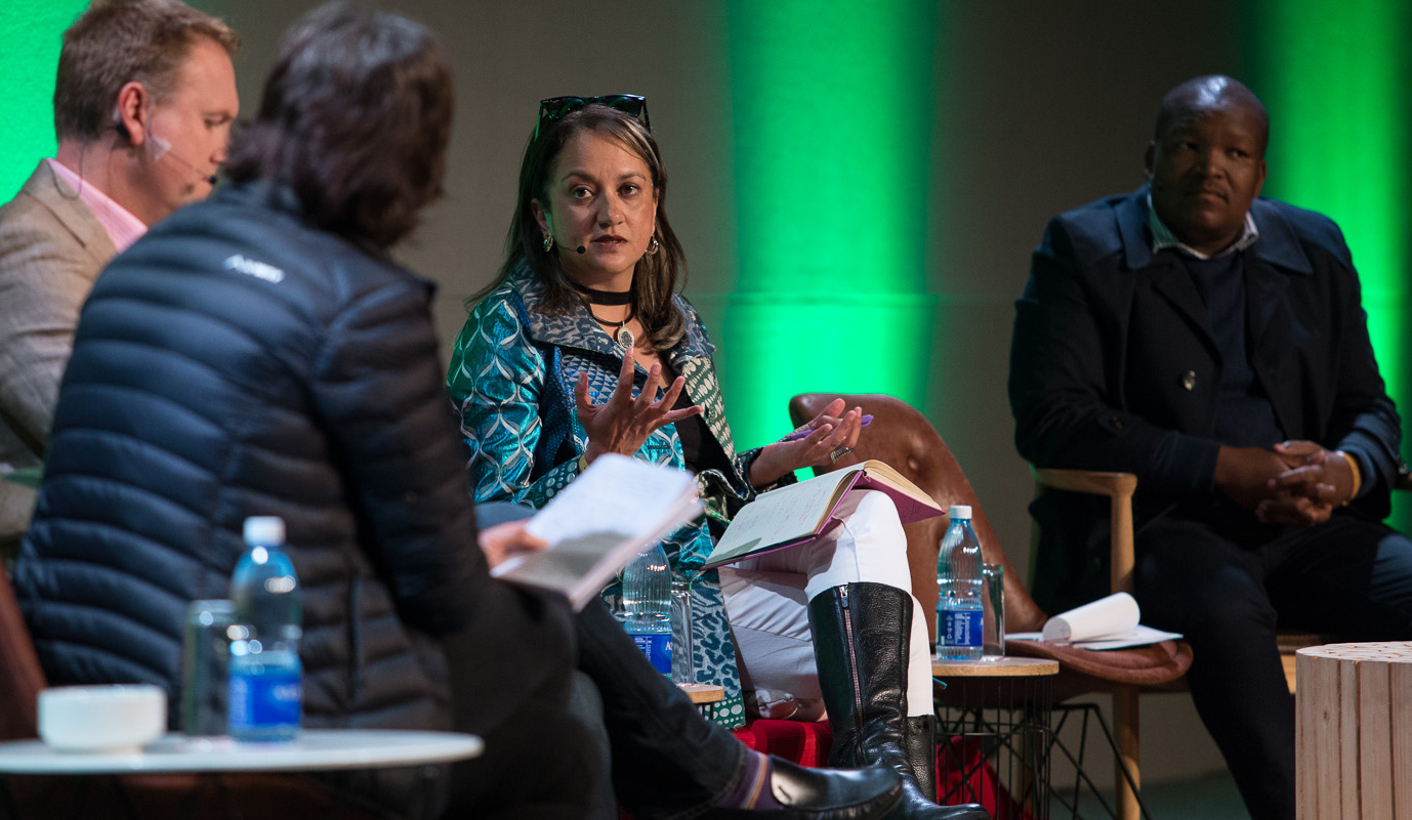 It is a challenging time for media on a number of fronts, but the issue of fake news has taken on particular urgency over the past year. At Daily Maverick’s Gathering – Media Edition in Cape Town on Wednesday, some of the top minds in local media thrashed out the problem and its implications. By REBECCA DAVIS

Though “fake news” has become a media buzzword only in the last year or so, the Daily Maverick’s Marianne Thamm reminded the Gathering audience on Wednesday that the basic concept behind it is nothing new. “Black ops” campaigns run by the apartheid government – such as that targeting activist Alan Boesak – were essentially a version of fake news, Thamm suggested.

But the current form of fake news is particularly worrying because of its scale. Huffington Post South Africa Editor-at-large Ferial Haffajee calculated that in the run-up to the sacking of Finance Minister Pravin Gordhan, 33 000 manufactured tweets were published to provide “fertile ground” for the reception of Gordhan’s dismissal. As a result, Haffajee suggested, public response lacked some of the heat and outrage that followed the previous reshuffling of former Finance Minister Nhlanhla Nene.

Haffajee has firsthand experience of the pernicious effects of fake news on individuals. Virtually as soon as she had authored her first story on state capture, she became the victim of a vicious online smear campaign, featuring pictures of her Photshopped into sexist and degrading situations.

“[The tweets] did their work,” Haffajee said. “I was deeply ashamed of them.”

But Haffajee has indirectly been on both sides of the situation. Her publication, the local Huffington Post, was at the centre of a storm earlier this year when it published a fake opinion piece recommending stripping white men of the vote. The piece was subsequently found to have been submitted under the identity of someone who did not exist.

“The lessons from that are for me fundamental,” Haffajee said. “Editing is still a vital craft.”

“We are gambling with the trust that the public places in us,” Mkokeli said.

While he acknowledged that deliberately manufactured fake news was a real problem, Mkokeli suggested that the South African media should be as concerned about the unforced errors made by its own publications in the past. He singled out the Sunday Times’ misleading reporting on the so-called SARS “rogue unit” as an example. Mkokeli also questioned why it had taken the #GuptaLeaks emails to reveal, for instance, that the 2013 Gupta wedding was paid for using laundered money from the Free State government.

“That wedding party was funded by the state – and we missed it,” he said.

Google’s boss in South Africa, Luke Mckend, was on hand to reassure the audience that the tech giant is doing its bit to help maintain journalism standards. He said that Google felt it would be unwise to support local media publishers by simply giving them money, as it would open Google up to accusations of trying to buy influence. Instead, Mckend said, Google is funding training initiatives for journalists throughout Africa.

Haffajee subtly suggested that perhaps this contribution was insufficient, given Google’s reported revenue in South Africa. Pointing to the fact that European publishers are “more robust” on insisting on revenue shares with Google, Haffajee said that a larger cut for South African publishers could be “transformative” for local media.

Mckend didn’t show much sign of taking the hint. He reiterated Google’s commitment to helping eradicate the scourge of fake news, however, but also stressed the difficulty of that project. “How do we decide what is fake news?” he asked. “We don’t want to be the arbiter of what is true or not.” Mckend said that the tech firm is investing in fact-checking verification businesses, however, which he foresaw as a potentially major future industry.

Mckend warned, though, that the public also has a part to play in contributing to maintaining quality news standards.

“If non of us are prepared to pay for good [quality] news, what’s the point?” Mckend asked. “We have to take responsibility as consumers of news.” DM