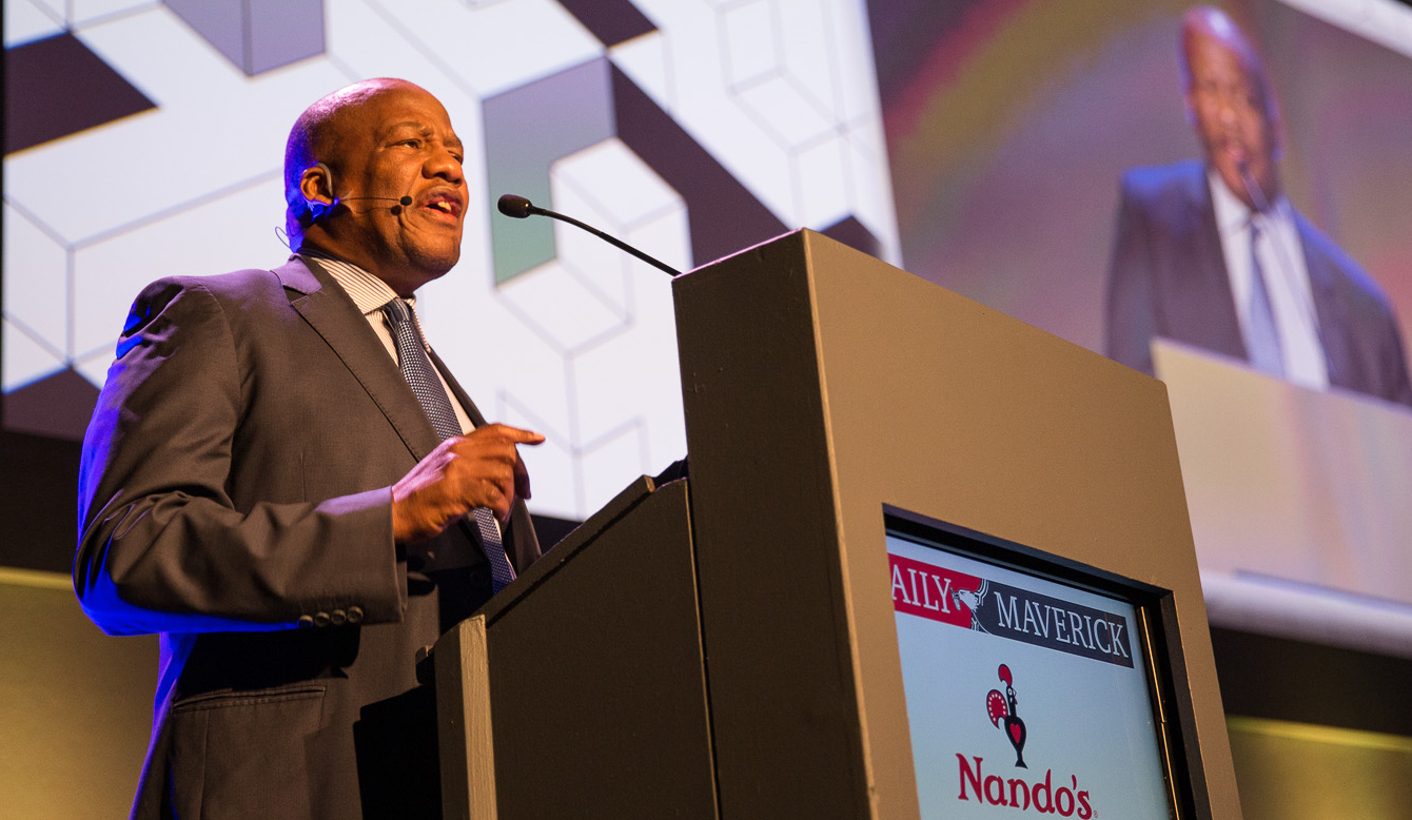 If Parliament is to look into a mechanism for media accountability, why is it not holding accountable those of its MPs linked to the #GuptaLeaks? ANC communications subcommittee chairperson Jackson Mthembu, who is also ANC Chief Whip, found himself in the hot seat at The Gathering – Media Edition on Thursday in discussions from State Capture, South Africa’s pay television monopoly, social media and high data costs, to the SABC. By MARIANNE MERTEN.

The ANC’s push for Parliament to look into an independent media regulatory body regained traction at its national policy conference last month, when the 10-year-old resolution of its Polokwane national conference on a media appeals tribunal was reiterated. It was the message Mthembu brought to The Gathering: while the exact form and content of such a mechanism was yet to be explored, and decided, it was necessary because self-regulation did not work.

Why exactly it did not work in 2017 was never quite made clear, but Mthembu explained that much of the suspicion about the South African media, at least from the side of the liberation movement, came from the media’s failure to appear before the Truth and Reconciliation Commission (TRC), with the exception of the then Argus company.

“South African media deserves to apologise to black South Africans,” he said, calling for a media TRC now. “We believe that the power and influence the media has … necessitates the media not to be its own judge and jury. The past we come from makes it almost impossible for anyone to believe media could regulate itself.”

Anyone and everyone could make their views heard at Parliament, said Mthembu, including the South African Press Council director Joe Thloloe. “Can we all subject ourselves to a parliamentary inquiry?” Mthembu asked.

Earlier in the day the veteran journalist, and former Press Ombud, passionately argued that the current system of co-self-regulation was working. In 2016 the council dealt with 536 complaints, slightly down from the 591 received in 2015. “We contribute (to media freedom) by ensuring government does not put its paws into our newsrooms,” Thloloe said. “Media freedom is not just for journalists. It is for each individual in society. It is for democracy.”

Mthembu argued that while government had no interest in censoring the media, a parliamentary inquiry into an independent media regulation must go ahead in the interests of media accountability. It was Office of the ANC Secretary-General Gwede Mantashe that would get involved with regards to the ANC members mentioned in the #GuptaLeaks. “We have a way of dealing with our deployees. That is our political authority. That’s the Secretary-General,” he said, saying he’d contact Mantashe.

But, of course, the razor-sharp EFF spokesperson Mbuyiseni Ndlozi picked up the incongruity about who is targeted for accountability. Mthembu’s answer was a bad one, said Ndlozi: “We have a body that you say that accountability of the media must be referred to – Parliament. Then questions arise – what has Parliament done to hold accountable the people mentioned in #GuptaLeaks? You refer us to Gwede Mantashe!”

That’s not to say the EFF is quite happy with the state of media play. While the red berets are loved when they talk of President Jacob Zuma having to go, there’s a backlash when the party talks radical, be it land expropriation or nationalisation. “Elite media in South Africa is scared of radical ideas,” said Ndlozi, adding that media needed to check its prejudices and biases.

South Africa’s media was still “trapped largely in apartheid geography”, focusing on urban elites, not the poor or rural populations that need information to change their daily existence. “The SABC remains the only important media house to communicate to South Africa. It has the language spread. It has the geographic spread.”

And key was not only breaking the monopoly of pay television, but also data costs. “Fight for data to fall and then let’s all read on our gadgets.” After all, an independent, and accessible, media was crucial for democracy.

DA national spokesperson Phumzile van Damme agreed, adding that the DA was opposed to the media appeals tribunal or other efforts to regulate media. But more needed to be done to check fake news, and to ensure sustainably funded media without incurring commercial or other influences.

Van Damme quickly sidestepped issues around political parties and Twitter amid the colonialism-is-not-all-bad tweets debacle of Western Cape Premier Helen Zille that saw her hauled before disciplinary proceedings and ended her participation in party structures, if not the premier’s office. “There have been problems here and there. We sorted them out. We have moved on,” she smiled.

In a broad-ranging debate on media and politics, there was one point of agreement among the ANC, DA and EFF. Bullying, harassment and intimidation by groups like Black First Land First (BLF), which unsuccessfully tried to disrupt Thursday’s event, could not be allowed. And if the constitutional right to freedom of expression and a free media was undermined, the threat was that the diminishing of other rights would follow. DM