Kenya: The dangers of fake news as the nation goes to the polls 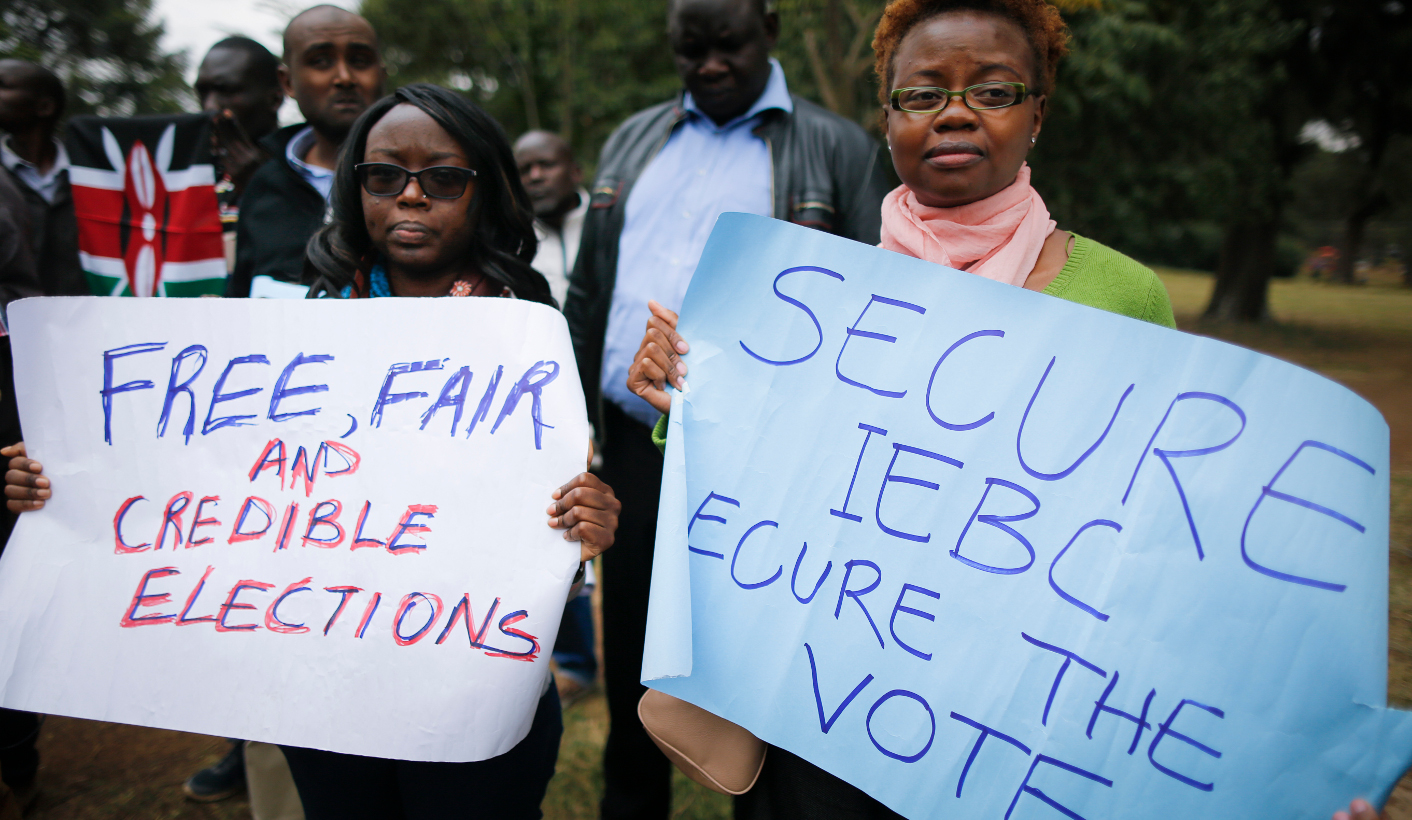 Like the insults that invariably fly around, false news is fast becoming a feature of highly contested elections campaigns. In a charged environment like pre-elections Kenya, it could have more serious consequences than the change of a mere percentage point at the polls. By CARIEN DU PLESSIS.

There is something slightly obsessive about the way Kenyans consume news, especially when politics is involved. Even if you find yourself partying it up in town, the club you’re at might just switch off the music and turn the television to KTN News for the 21:00 bulletin.

Elections here are important, because they could determine people’s bread and butter for the next five years.

Reasonable data costs and high mobile internet speed (Kenya’s is the 14th fastest in the world and the best in Africa – are MTN, Vodacom and Cell C in South Africa taking notes?) mean people are pretty connected.

There are 39-million mobile phone subscriptions in this nation of 45-million people, and 88% of the population is accessing the internet through their cellphones.

On Thursday The Standard in Kenya – the old-fashioned, actual newspaper – unusually published a full-page feature sponsored by Facebook and WhatsApp entitled “Tips for spotting false news”. The 10 tips are primarily aimed at false news online, and range from advice on spotting funny-looking URLs to thinking critically before sharing anything.

Most people still consider traditional media to be more credible and authoratitive, which is probably why the social media platforms decided to go hard copy with this ad.

In the past week at least one major rumour has sparked confusion and fear and was so plausible that it was picked up by some reputable media outlets and on social media. It was about the supposed disappearance of Kenyan Defence Force spokesperson Joseph Owuoth, who over the weekend confirmed that documents claiming President Uhuru Kenyatta was preparing to take the elections by force, should he lose, were real but misquoted.

These documents were revealed by opposition candidate Raila Odinga at a press conference on Friday and their authenticity has since been thrown into doubt.

The rumour came after the brutal murder of a high-ranking electoral official, Chris Msando, and in an atmosphere of shock and uncertainty it was plausible to believe the same could have happened to somebody else.

Owuoth also had to fend off rumours spread on social media on Thursday that he was summoned to appear before a military court for allegedly “working with hostile individuals and enemies of the state”.

Last week a fake video purporting to be a report by the BBC and CNN, on a supposed poll that showed Kenyatta safely in the lead and praising his achievements, did the rounds, only a few days after Kenyatta was slated for not taking part in a televised debate. Odinga appeared on his own to answer questions from the presenters at the debate, while Kenyatta justified his non-appearance by saying the media and opposition were in cahoots and he refused to be sucked in. (South Africans, does this sound familiar?)

There are also websites aimed at spreading fake news about candidates, such as The Real Raila which sketches doomsday scenarios should Odinga become president.

It’s not immediately clear who would benefit from spreading false news, but chances are that both sides would try their hands at it.

Kenya editor for Africa Check, Alphonce Shiundu, said the correct news was important in an election like the one on Tuesday “because people are going to take decisions about the person that is going to take care of their interests. If you give the wrong information and they end [up] making the wrong decisions, you condemn a whole population to someone who is possibly not fit to be the leader.”

He said rumours serve to reinforce the propaganda of whichever side was perpetrating the fake news, but often there’s no proof about the origins.

The main figures were careful not to put fake news on their social media pages, he said.

Shiundu said social media rumours could be dangerous. “People say fake news can’t jump into reality, but if you think about it, South Sudan is a very rural country, but [last year] fresh skirmishes were traced back to a Facebook post which was all false,” he said.

Even if people don’t have smartphones, SMS messages were very key in spreading the false information that fanned post-elections violence in Kenya in 2007, he said.

“There are things we are seeing on WhatsApp too. It begins as rumour, but when it’s heard on radio and television, it becomes believable. Stuff like that worries me. You cannot rule out the possibility of violence,” he said.

Shiundu, a prolific journalist who was known for exposing government excesses, controversially quit his reporting job at The Standard Group a year ago after he was reassigned to a desk job in the newsroom.

Government advertising is a major source of income for media houses, and they tread carefully for fear of losing this revenue, and the talk was that Shiundu made too many big men uneasy.

He doesn’t get drawn too much into talking about bias, but said there was a strategy by newsrooms during elections to create “a false balance” in their reporting because of a fickle market which would boycott the paper should it seem to neglect their candidate.

On the front page of Thursday’s The Standard, for instance, under the headline “Final countdown”, two pictures of equal size appeared, showing the two presidential candidates in front of large crowds. Both stories are given equal column space on pages 12 and 13.

One of Odinga’s social media campaigners, Charles Dienya (@markdienya), however, said opposition frustration at the bias by traditional media has led to it relying very heavily on social media to get their message across.

If traditional media ignored a press conference, it could be streamed live on Facebook or Twitter, he said. Dienya obsessively checks the trending topics on Twitter as both sides in the elections campaign are constantly on a mission to out-trend the other.

The downside of social media is, however, that anybody can make almost any claims on it, without editors to keep the facts in check.

So seriously are Kenyan politicians taking the social media battle that Kenyatta has reportedly signed up Cambridge Analytica, a firm that “uses data to change audience behaviour” and which was given some of the credit for US President Donald Trump’s elections success. Kenyatta successfully used the same firm in 2013 too.

Could the company, however, go as far as being Kenya’s Bell Pottinger by fomenting ethnic divisions? A spokesperson for Cambridge Analytica, according to the same report, denied it was involved in any negative advertising.

Kenya was “among the ripest countries in Africa for a successful misinformation campaign”, elections watcher and analyst Nanjala Nyabola, however, wrote this week in the Foreign Policy journal.

This is because of the general distrust among people after successive bouts of post-election violence and the previous use of rumour to spread information during the authoritarian era of Daniel arap Moi (1978 to 2002), when the press was beholden to the state.

Official campaigning is set to end on Saturday, 48 hours before the polls open, but the news cycle – and the fake news – is likely to pick up from there. DM

Photo: Members of the civil society stand with placards to protest against the killing of Chris Msando, the ICT manager at the Kenya’s Independent Electoral and Boundaries Commission (IEBC), in Nairobi, Kenya, 01 August 2017. Kenya will hold general elections on 08 August. Photo: DAI KUROKAWA (EPA)