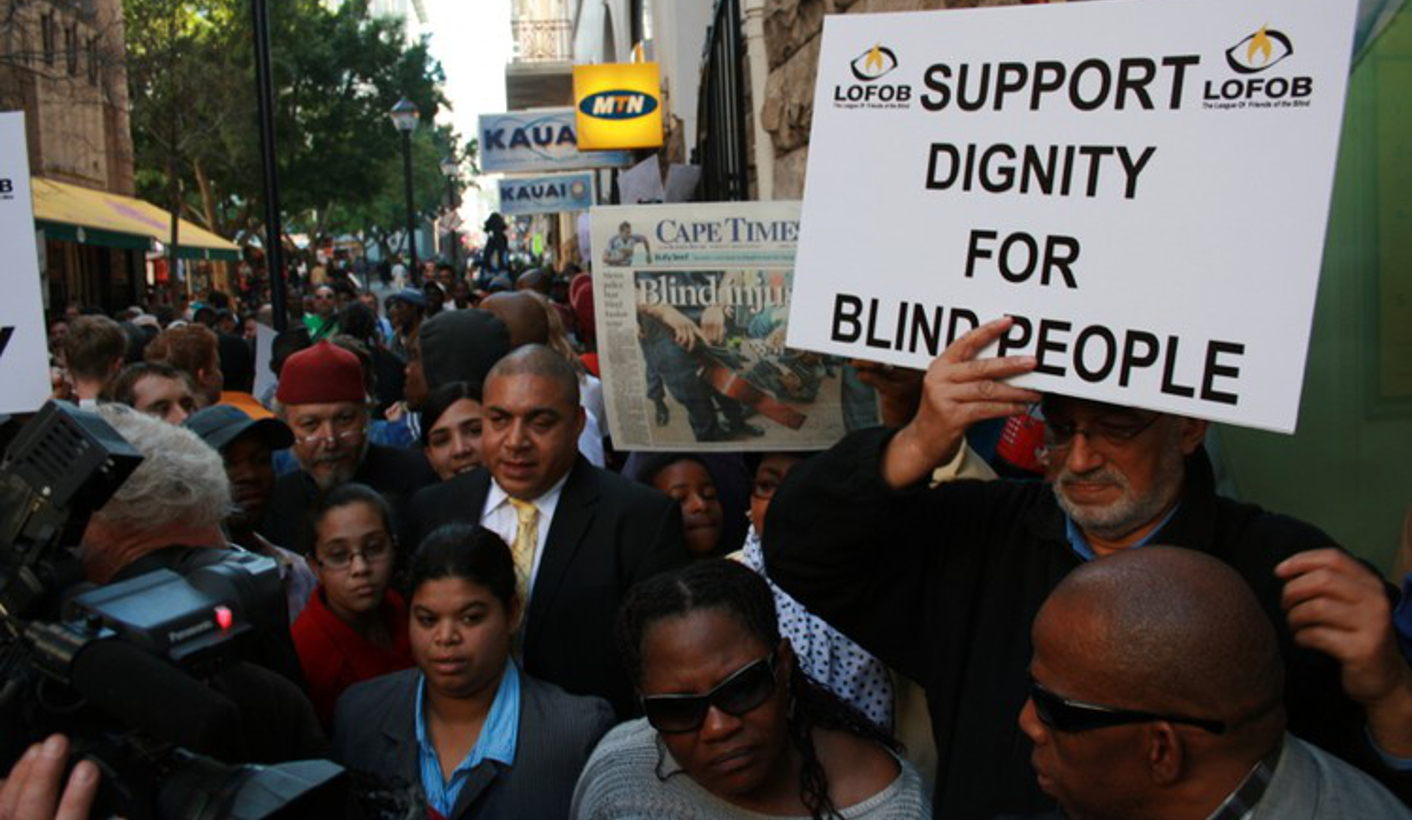 The Parliamentary Portfolio Committee for Trade and Industry is this week holding public hearings on the Copyright Amendment Bill. Among the many things in the bill is a section that could revolutionise the access blind people have to books. By Marcus Low for GROUNDUP.

The World Blind Union (WBU) estimates that blind people only have access to between 1% and 7% of the books that people with normal eyesight have access to. This is a situation the WBU calls a “book famine”. This book famine is one of many obstacles that makes it harder for blind people to access education and to take part in the cultural life of society.

The book famine is however largely preventable. Most books published in recent decades are already available in electronic formats. Books that are only available in print can be scanned and turned into computer readable text using optical character recognition software. Once a book is in an appropriate electronic format, blind people can read it using text-to-speech software, electronic braille displays, or have it printed in braille.

First, copyright law in South Africa prohibits the making of accessible format copies of books without the permission of the copyright holder. For example, if a blind student needs a book, that student cannot simply buy it at a store like other students, but must ask the publisher for an accessible format book. If the publisher refuses or drags its feet, the student essentially has to break the law by buying a print copy and scanning it in for personal use. In practice this means blind students sometimes do not get books in time or at all.

Second, copyright law in South Africa prohibits the sharing of accessible format books. In other words, if one blind student (or volunteer or family member) has to go through the labour-intensive process of scanning in a book and doing quality control on the scan, that student is not allowed to share the accessible format copy with another blind student in need of the same book. Also, if an accessible format copy of a book exists in libraries in other countries (as they often do), blind people in South Africa are not allowed to access those books without the express permission of the copyright holder. The result of this prohibition is that lots of time and resources are wasted scanning in books that someone else has already scanned in.

In essence, current copyright law in South Africa and a number of other countries is an overly blunt instrument that fails to provide for the needs of blind people. An argument can be made that this failure amounts to discrimination and that the law as it stands is in contravention of the Constitution and South Africa’s obligations in terms of the UN Convention on the Rights of Persons With Disabilities.

As in a number of other countries, there will be resistance from the publishing industry to these provisions. In some cases the industry has rejected these provisions altogether, claiming without any real evidence that it would lead to piracy and lost sales. In other cases it attempted to kill the bill with red tape.

The most dangerous red-tape provision pushed by industry is a so-called “commercial availability” clause. This clause requires that libraries or people must first establish whether a book is commercially available before sharing or making an accessible format copy of that book. While this sounds superficially reasonable, it is unworkable in practice. This is for at least two reasons.

First, while books may be available in certain formats that can technically be described as accessible, those formats may not meet the needs of specific blind people. For example, if you are studying using text-to-speech software, you need an accessible format copy that allows you to spell out words. It is not good enough if the “accessible format” copy does not allow that functionality. Second, it places an unreasonable burden on libraries for the blind to do extensive searches of online book shops (incidentally, something that is not asked of libraries with books for people with normal eyesight).

The Department of Trade and Industry deserves credit for including an elegant domestication of the Marrakesh Treaty in the Copyright Amendment Bill. It is now up to Parliament to see it through and not to allow the insertion of any red-tape provisions into these sections of the bill. It is not every day that Parliament has the opportunity to make such good progress for the rights of blind people. DM

Comments on the Bill can be read here.

Low is the editor of Spotlight. He was involved in the campaign that led to the  Marrakesh Treaty.