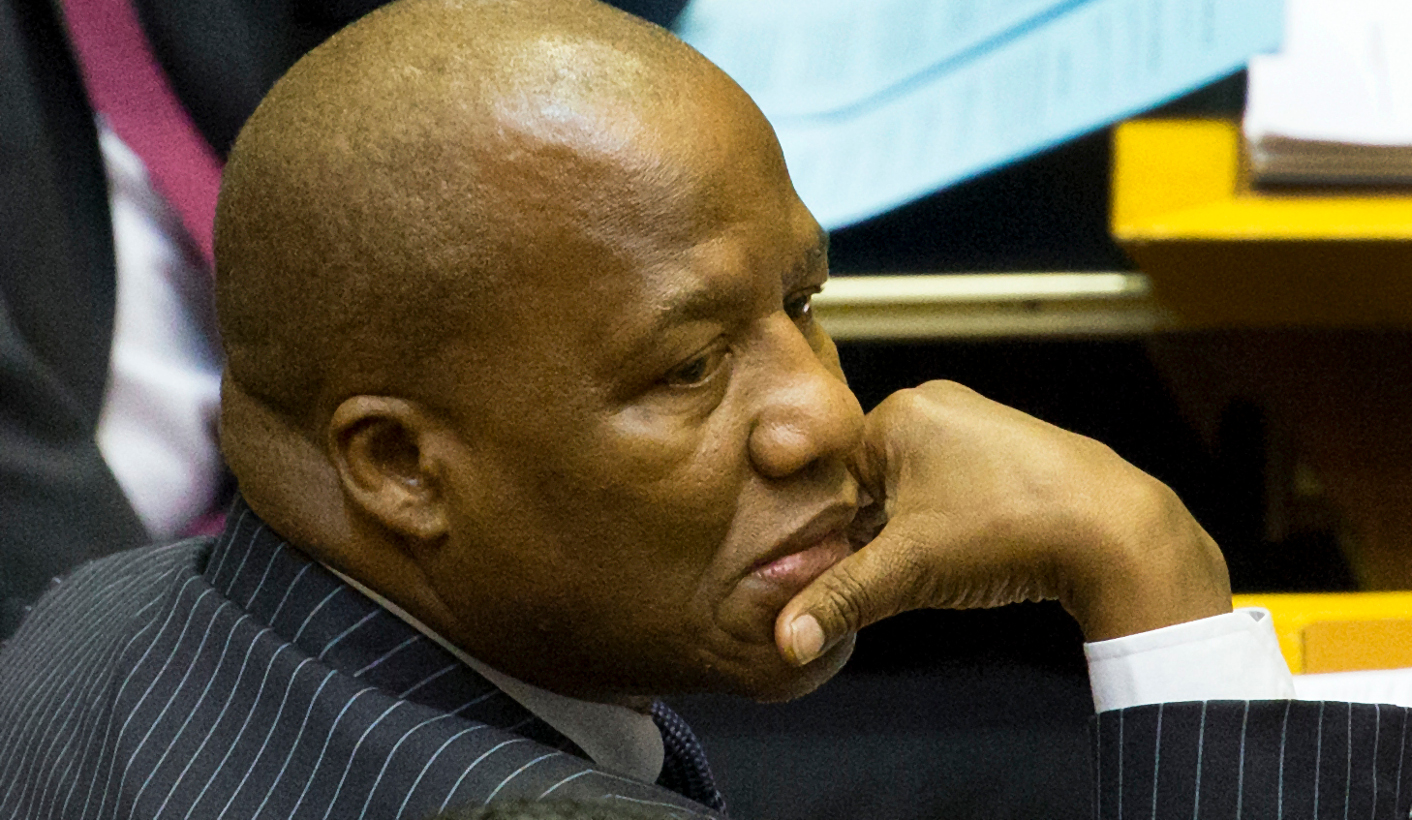 Is the price for greater party-political funding from public coffers transparency in private donations? This discussion kicks off in Parliament on Thursday, when a specially established ad hoc committee starts ploughing through 17 public submissions with a view to holding public hearings later this month. As part of the widely welcomed legislative initiative, public proposals include tightening up oversight even over the existing state funding for political parties represented in legislatures, a donations cap, and transparent identification of donors. This comes amid a public discourse where corruption and capture loom large. By MARIANNE MERTEN.

It’s been in the making for almost 13 years and follows two ultimately unsuccessful civil society public and legal campaigns for transparency of private donations – by Idasa in 2004, and MyVoteCounts (MVC) in 2015. A proposal for a parliamentary ad hoc committee into political funding was made as far back as May 2010 by the then Independent Democrats at the Chief Whips’ Forum, a consultative structure in Parliament. The ANC at the time said it was a good idea, but more deliberation was required. “It was also the view of the (Chief Whips’) Forum that discussion on the matter must be more about how political parties should be funded in a democracy, rather than narrowing this critical matter around only the disclosure of donations and election expenditure, as proposed by the ID,” said then ANC Chief Whip Mathole Motshekga.

That point came in May this year when ANC Chief Whip Jackson Mthembu announced that the ANC would move a motion to establish a party-political funding ad hoc committee. “The limited nature of public funding for core party activities leads to extensive reliance on private donations,” he explained. “The reliance on private funding fuels the perception that anonymous donations from business interests are a means to subvert democratic processes…”

If the governing party wants something, it gets it, given the numbers in the House. The ad hoc committee was established in June through a widely supported motion in the National Assembly, with a deadline of November 2017 to report back with its recommendations.

That doesn’t mean the outcome is set, or that there won’t be robust and frank discussions. If ad hoc committee chairperson, ANC MP Vincent Smith, had his way, all those who made submissions would come to the public hearings. But it would be up to the committee to decide on Thursday, he added.

Among those who submitted comments are MyVoteCounts (MVC), the Council for the Advancement of the South African Constitution (Casac) and Black First Land First (BLF), as well as the ANC.

The DA, which had welcomed the ad hoc committee, is holding its horses for now. DA federal executive chairperson and MP James Selfe said the party would like to see how discussions unfold. “There are some complex rights that need balancing: there’s a right to transparency, but also an equal right to privacy”.

Among the reforms proposed by the MVC is the “frequent and periodic disclosure” of donations with different deadlines in election and non-election years. “We know from the tracking of political party donations in other countries that there is an increase in the number of donations directly preceding an election. The increase in donations at this time as well as the public’s right to this important information before an election necessitates more timely disclosures on the part of the political parties.”

On public funding for political parties, MVC argues for a different oversight model from the Electoral Commission of South Africa (IEC) that currently administers the Represented Political Parties Fund – and disclosure even before an increase is considered. “Before any consideration is given to an increase in public funding, political parties should be prepared to open their books so that we understand what their real financial needs are…”

Represented political parties in 2016 received a total of just over R1-billion from the public purse, rising to R1.1-billion in the 2016/17 financial year, according to National Treasury figures included in the ANC submission to the ad hoc committee.

It remains unclear in the public domain exactly how this money is spent. Although they must submit financial statements before receiving the next of four yearly tranches, these financials are not published in, for example, Parliament’s annual report.

In addition, R127.3-million was allocated that same year through the IEC-administrated Represented Political Parties Fund, through a funding formula of 90% of available monies allocated according to party strength in the legislatures, 10% equitably across all parties.

As the IEC tables the fund’s annual report at Parliament, a rare glimpse is provided into public political funding. Through these annual reports, it emerges that the fund’s allocations are used largely for head office rental, staff salaries and benefits, cleaning and security. And the ANC gets the lion’s share, or R75.6-million in the 2016 financial year. According to the fund’s 2016 annual report a total, the DA (R27.5-million) and EFF (R10.3-million) followed, with smaller parties of four or three MPs lagging way behind at between R1.8-million and R1.4-million.

United Democratic Movement (UDM) leader Bantu Holomisa for years has complained that this funding formula was unfair to smaller parties and should be changed. It is expected that this argument will also be made before Parliament’s ad hoc committee.

Casac, like MVC, is supporting the continuation, and increase, of the public funding of political parties in support of South Africa’s constitutional democracy, but with four key conditions. Aside from the link to private funding regulation, the organisation wants a “reasonable proportion” of public funding earmarked for democracy-related activities like capacity building, policy development and political education, a reassessment of the funding formula and considerations of availability of monies from the fiscus.

Casac also proposes a cumulative private funding cap. “Disclosure cannot be avoided by a donor donating several amounts beneath the threshold which together add up to more than the threshold,” it argues, adding legislation must define what constitutes a donor “to avoid donors making several donations purporting to be from different entities when, in effect, it is the same donor”.

Against the backdrop of government’s and the governing ANC’s rhetoric on regime change and influence of the so-called “Western imperialist” forces, State Security Minister David Mahlobo is wont to include non-governmental organisations in this – both Casac and MVC are cautious. Instead of direct political funding, this money should be allocated to a multi-party democracy fund for distribution across political parties in support of South Africa’s constitutional democracy.

BLF throws a spanner in the wheel. While it calls for “total disclosure of all the private funding of the current political parties”, it also argues for a future ban on direct private donations. Instead an independent political party funding commission should be established “to receive and administer funding from private donors and… said funds be distributed equitably to all political parties in terms of an agreed criteria [sic]”.

Private donors would have to publicly disclose their identities to this commission, while donations from state-owned or state-controlled entities would be banned and tax rebates on political donations curbed. Election campaign expenditure should fall under a separate independent monitoring authority, the BLF argues.

The ANC in its submission argues that private donors and the size and type of funding should be identified, while investments that contribute to a political party’s purse or party-linked investment vehicles should also be regulated. The bottom line? Publicly disclosed, fully audited statement of accounts covering all financial transactions.

“Disclosure rules and the exclusion of certain categories of donor could help to build public trust in the party-political system, thereby enhancing the democratic process,” it argues.

Public political party funding should be underpinned by the principle of “first regulate, then fund”, but with a firm focus on funding party operations, including “party sponsored political institutes” (it has battled to find the money to establish its political school for years), alongside policy development, support to parliamentary activity and citizen participation.

The ANC as far back as its 2007 Polokwane national conference resolved on party-political funding regulation, backed by resolutions of its 2012 Mangaung national conference. That little was done until May 2017 might be a case of the ANC parliamentary caucus wanting to bring something concrete to the December national conference. Or it might be that the governing party is feeling the drop in public funding given it returned after the 2014 elections with fewer MPs and MPLs.

Smith dismisses this. “It’s just about implementing resolutions… It’s reached the point now where we can do it.”

The ball is now in Parliament’s court. DM

Photo: Jackson Mthembu looks on during a debate in Parliament over removal of the president in April 2016. Photo: Nic Bothma (EPA)