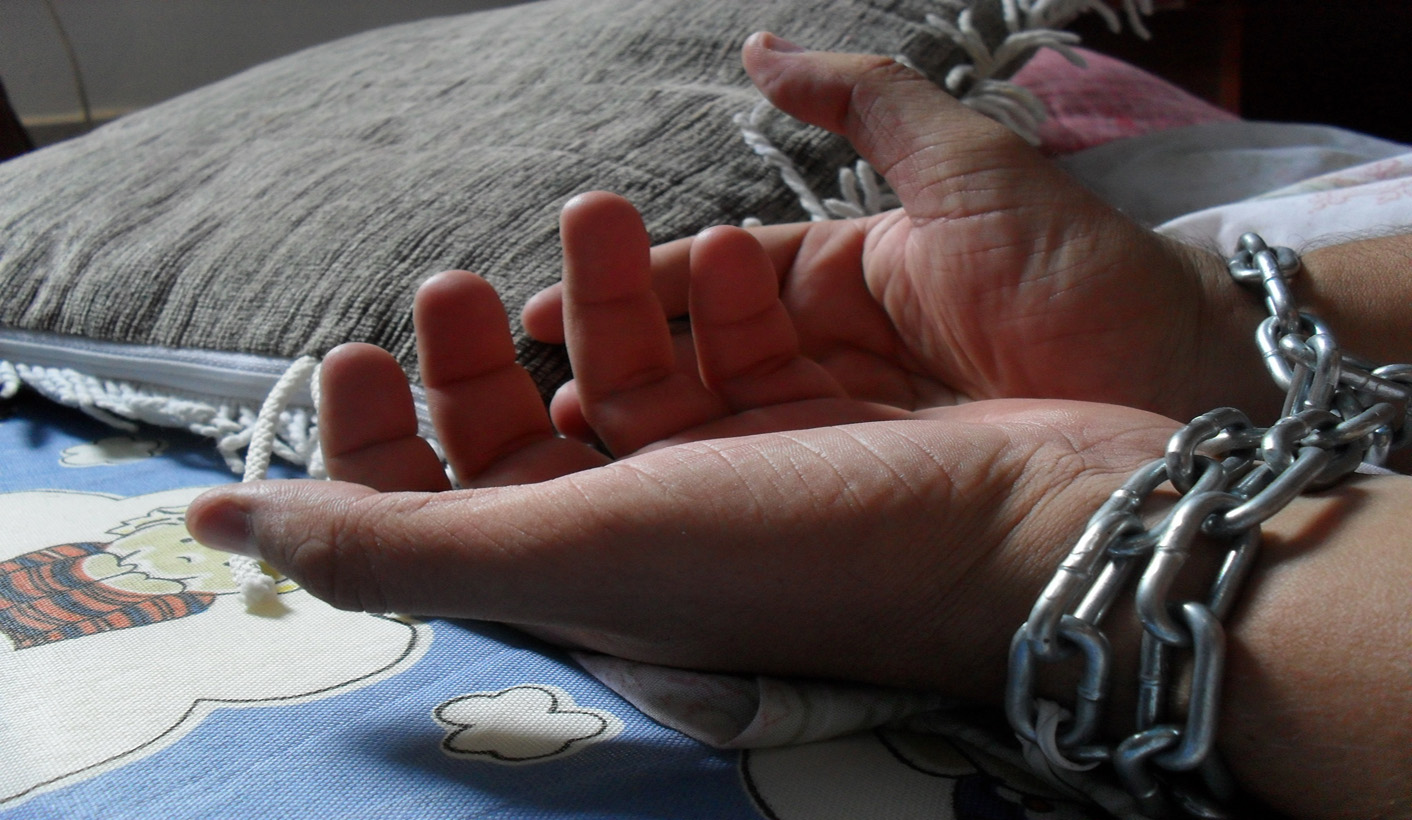 The international debate on combatting human trafficking packages the problem neatly, but offers few solutions for Africa. By Tuesday Reitano for ISS TODAY.

Combatting human trafficking has become one of the biggest global challenges, attracting high-level pledges of support from world leaders, especially in the West.

Barack Obama and Pope Francis both urged universal commitments in the fight against it; the UK has enacted a modern slavery act; and in 2016, the United Nations (UN) Security Council held its first-ever thematic debate on human trafficking. Targets to end human trafficking have been included in the UN’s Sustainable Development Goals and the UN Special Rapporteur on trafficking in persons has called for new approaches to the problem, particularly in conflict settings.

In February, US President Donald Trump promised to bring the “full force and weight” of the US government to combat the “epidemic”, and in March the UN Security Council said that “at a time of division in so many areas, this (fight against human trafficking) should be an issue that can unite us”.

Yesterday, on World Day against Trafficking in Persons, the UN Office on Drugs and Crime (UNODC) called on all to “act to protect and assist trafficked person”’. This is an important message, but how much impact can it have in Africa where the international definition of the problem doesn’t always fit the context?

Human trafficking is a crime that reduces a person to a commodity to be bought, sold, exploited and abused. It is an umbrella term that includes a variety of criminal practices, including forced labour and modern slavery, sexual exploitation, organ trafficking, child labour, child soldiering and child marriage.

African responses to the issue have been ambiguous. Despite ratification by all but two African nations of the UN Convention against Transnational Organized Crime’s (UNTOC) protocol on trafficking in persons, the issue is rarely high on the agenda. While the African Union (AU) Commission did, in 2010, launch its Initiative against Trafficking (AU.COMMIT), the issue remains low on the list of priorities for the regional bloc.

From the narrative of international reports on Africa, however, trafficking presents a scourge on the continent’s development, affecting every region.

In Central Africa, traditional practices of poor or rural families sending their children to live with city-based relatives or unknown families for education in exchange for household chores are widespread. Lack of oversight can of course lead to this situation being abused. Children from Benin, Guinea, Mali, Togo, Burkina Faso, Cameroon, Liberia and Sierra Leone are housed by rich families in capital cities sometimes in modern slavery-style conditions.

North African children work in agriculture, artisanal gold mining, water collecting, construction and mechanics. Some reports suggest organised gangs force street children to serve as thieves, beggars and drug mules in Algeria and Tunisia, while Sudanese and Egyptian children have been trafficked to Saudi Arabia and Italy for forced begging.

In Southern Africa, men, women and children are exploited in brick-making, domestic service, agriculture, artisanal mining and fishing. Reports of forced and exploitative labour have increased as the mining, manufacturing and agricultural sectors expand in countries such as Zambia, Malawi, Mozambique and Botswana.

However the definition and analysis of a problem depends very much on perspective, and the question is: Does internationally accepted terminology around human trafficking adequately capture the reality that fits the African context? Often what the international community labels as human trafficking are in fact locally acceptable labour practices that offer the only meaningful employment available.

Children can be viewed as potential economic earners, either through their labour, particularly as domestic servants for girls, or through early marriage of daughters, which has the dual advantage of providing a dowry and protecting familial reputation. While those practices shouldn’t be condoned, anti-trafficking programmes rarely offer long-term sustainable alternatives for equal prospects for economic or social advancement, nor options to abate it or stamp out its drivers.

Moreover, despite the fact that human trafficking is a borderless crime, and that the UNODC estimates that 90% of Sub-Saharan Africa trafficking flows are short distance, in the African context there is a strong propensity to link human trafficking and irregular migration.

With the rising rates of migration towards Europe, new life has been breathed into regional initiatives on managing irregular migration, such as the Khartoum Process in East Africa and the Rabat Process in West Africa. And it is increasingly here where anti-human trafficking initiatives are couched, alongside efforts to counter the smuggling of migrants.

This makes the situation for African governments even more complex. Yes, migrants and refugees are extremely vulnerable to exploitation and abuse, and the smuggling of migrants often leads to situations of forced labour. But migration and the contexts in which it occurs are vastly different to those envisaged by the authors of UNTOC. The terminology used in the convention and its protocols, and the neat distinctions provided between human trafficking and smuggling, are increasingly incapable of capturing the complexity of human movement in 2017.

Individuals with divergent histories, experiences and reasons for movement are travelling together along the same routes. While there are some who do not consent to the travel (or at least aren’t fully informed of the purpose of the travel), most move fully aware that they will face bribes, threats, violence and abuse along the way. Still others enter “transport for work” agreements with their smugglers. Often this results in protracted periods of forced and bonded labour.

For many Africans, migration to the Gulf, Europe or North America – no matter how this is achieved – is an exceedingly positive economic and development proposition for themselves, their families, and through remittances paid later, their communities and their nations. African economies benefit from more than $35-billion annually in remittances. The risks and abuses of the journey are seen as the price to be paid for generational return. When viewed from the perspective of African states and their people, more often than not what the West deems as human trafficking is simply a quest for new opportunities and a better life.

And vocal international campaigns are perceived as an effort to restrict those opportunities. So it is no wonder that some African governments do little more than pay lip service to a discourse that is largely shaped outside of Africa. DM

Photo: It is questionable whether internationally accepted terminology around human trafficking  adequately captures the reality that fits the African context. Photo: Imagens Evangelicas


Photo: On the specially recognised day, the UN Office on Drugs and Crime called on all to “act to protect and assist trafficked persons”.  Photo: Imagens Evangellcas