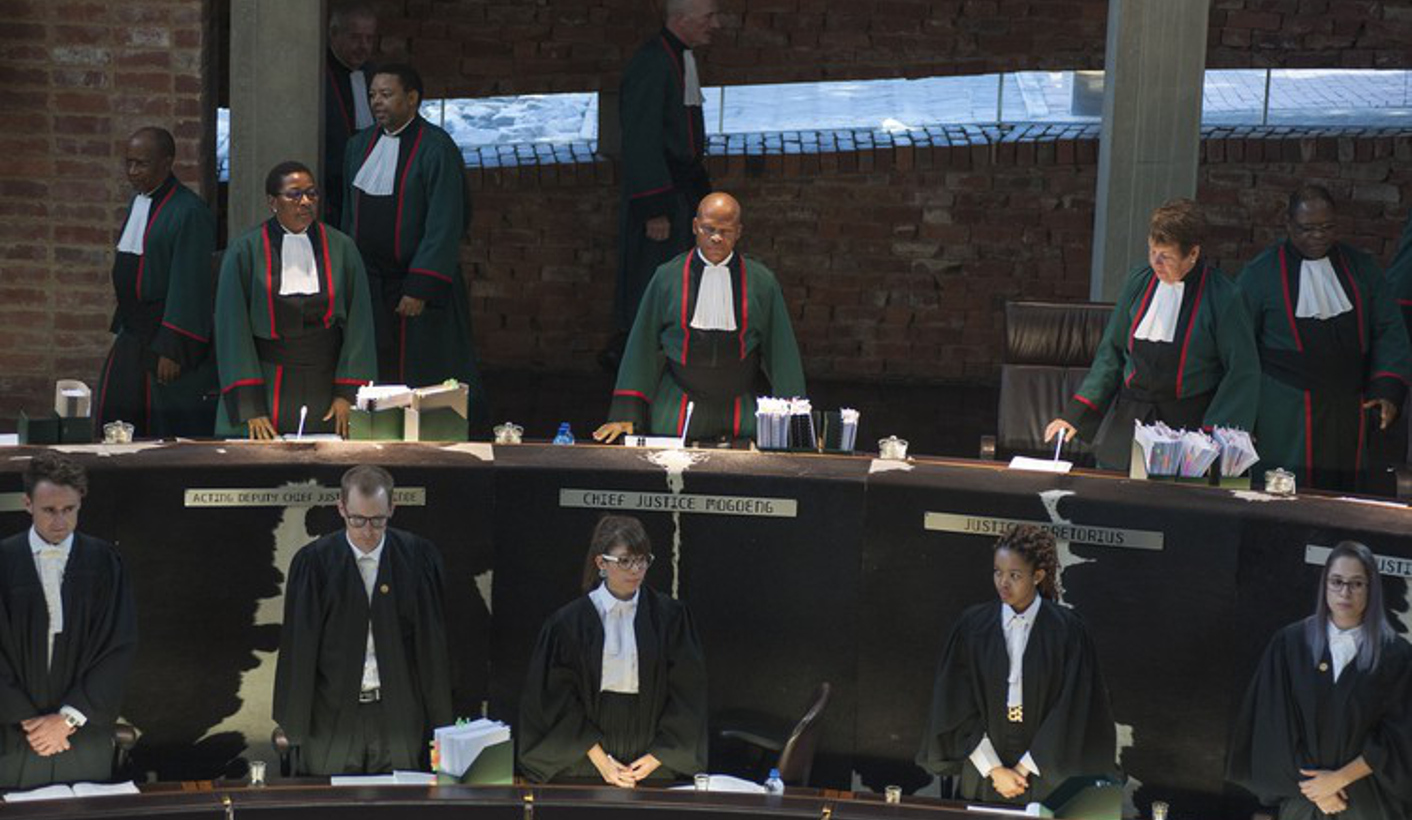 Split decisions in the Constitutional Court are not unusual, but in a recent case, there were three judgments that disagreed with each other, none of which ended up winning the support of a majority of the bench.

On 8 June 2017, the court handed down judgment on the SABC’s digital migration process. The case, which decided whether government issued set-top boxes would have the capacity to received paid channels, could have disrupted the paid television landscape. But the majority of the court found that the Minister’s decision to exclude decryption capacity from the set top boxes distributed by government would stand. This essentially leaves the broadcasting market unchanged.

The first judgment, written by the Chief Justice Mogoeng Mogoeng, upheld the Minister’s decision and was supported by three other justices. A second judgement penned by Justices Edwin Cameron and Johan Froneman, and supported by two other justices, would have changed things dramatically. But it was Justice Chris Jafta who was the tie-breaker and agreed with the order made in the Chief Justice’s judgment but disagreed with his order.

In a nutshell, STBs will not have to be able decrypt pay TV channels.

The case was previously covered by GroundUp. In essence the Minister of Communications decided to migrate SABC’s broadcasting from analogue to digital. This migration would mean that some older televisions would not be able to receive the new broadcasts because they did not have the necessary converter. So the Minister decided that the government would provide five million free converters, in the form of set top boxes (STBs), to low-income households. The money for these STBs would come from the Universal Service and Access Fund, to which all licensed broadcasters contribute. In total, about eight million STBs will be needed for migration so the government-provided STBs will make up the majority of STBs used.

In 2015, the Minister changed the policy on the STBs and decided that they would not have any decryption capacity. This decision was made without consulting anyone, including eTV or other stakeholders. eTV challenged the Minister’s decision to amend the policy by arguing that the Minister needed to consult with the Independent Communications Authority (ICASA) and the Universal Service and Access Agency (USAASA) first, and that the Minister didn’t have the authority to make the amendment. The Supreme Court of Appeal agreed with eTV but the Minister as well as a number of other parties decided to appeal the decision to the Constitutional Court.

How does this affect poor households?

There are opposing views on whether allowing encyption would benefit poorer households. One view is that if encryption had been included in STBs, some poorer households may eventually have been able to purchase pay TV channels without having to buy completely new devices. An opposing view is that since the STBs are going to the country’s poorest people, it would be predatory to use these households as the foundation for a new business venture.

Chief Justice Mogoeng’s judgment began by stating that South Africa was a constitutional democracy, not a “judiciocracy” and stressed that it is the Executive branch of government that is tasked with developing national policy and that the courts should only delve into the realm of policy when it is absolutely necessary to do so.

Mogoeng found that making decisions about the capacity of STBs fell within the Minister’s policy making powers under the Constitution as well as the Electronic Communications Act, but that the policy did not have a binding effect on ICASA or USAASA. This meant that the Minister’s decisions on the Digital Migration Policy were distinct from previous court cases where policies were found to be invalid because they were binding on other parties. Therefore the decision fell within the Minister’s legal authority and was not invalid on this ground.

The next question the court had to address was whether the Minister had to consult with any of the parties before changing the policy on STBs and decryption capacity. Mogoeng drew a distinction between consultation processes and negotiations. He said that consultation was not about reaching a consensus but rather providing the people involved an opportunity to air their views on an issue. In Mogoeng’s view, this meant that one consultation process was enough, even if the Minister changed her decision. Mogoeng found that eTV had opportunities to air its views on decryption capacity and that it should have done so in previous consultations where the issue was opposed by other companies like M-Net. Mogoeng also stated that it was “concerning that (eTV) seeks to ride on the back of a government project to realise its entrepreneurial vision” unlike other broadcasters who have not relied on government resources to further their private commercial interests.

This uncertainty and the Minister’s failure to clarify was found to be a “gross defect” by Cameron and Froneman. This, along with a consultation process shrouded in secrecy made her decision irrational and arbitrary. Cameron and Froneman, supported by two additional justices, ordered the appeal to be dismissed.

Since both judgments had equal support, Jafta’s dissent served as the tie-breaker. Jafta’s disagreement with Mogoeng was very technical. Also there is some agreement between him and Cameron and Froneman. But Jafta found that there was no need for the Minister to have a second consultation process before amending the policy. He also found that eTV’s offer to cover the costs of decryption capacity did not appear to save government money. Since the Minister’s decision was made to save money, this meant the Minister’s decision was not irrational and the decision should stand. So Jafta agreed with the order to uphold the appeal made by Mogoeng.