Film: The Hard Facts about Getting this House in Order 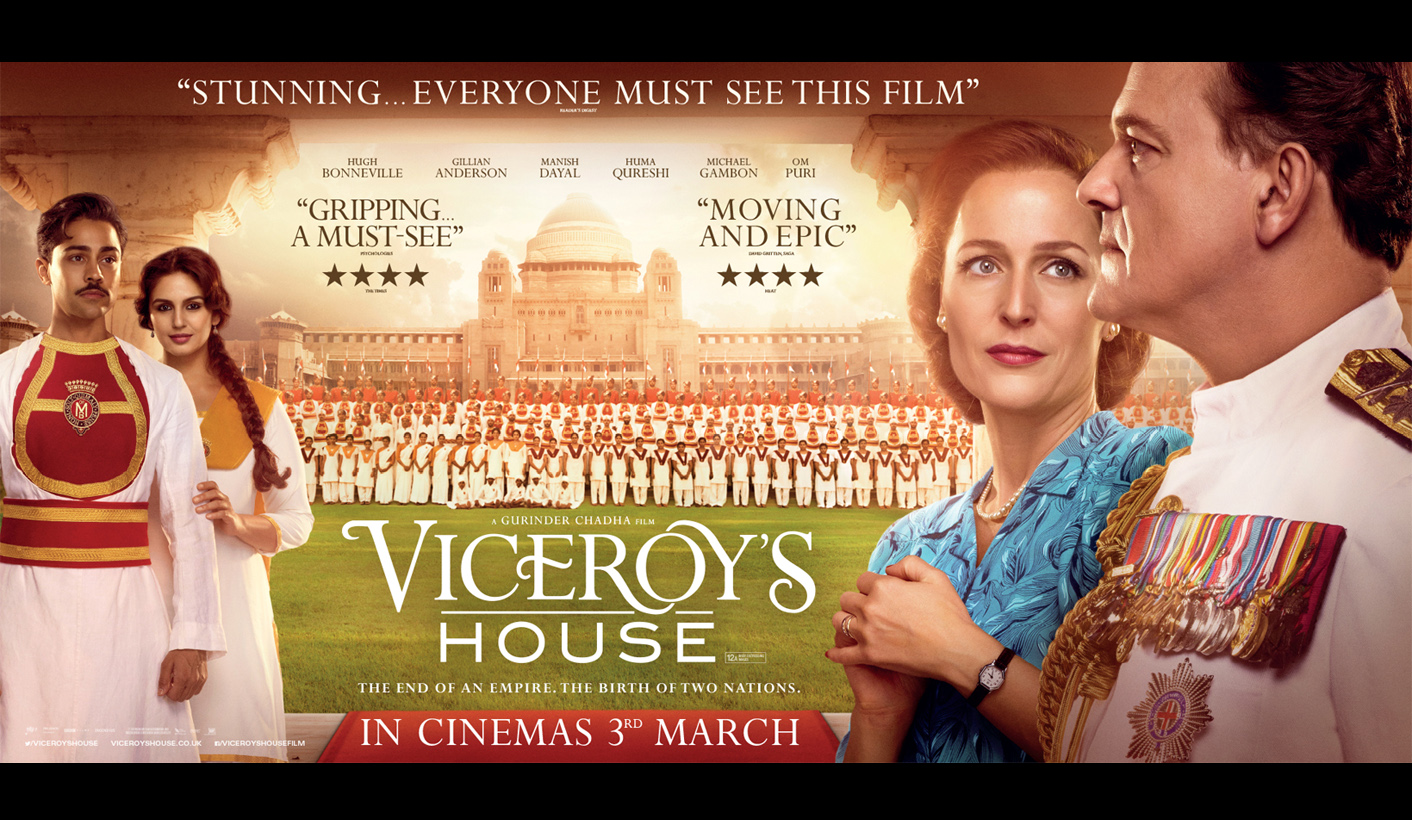 A new film looks back at the End of Empire and tries to explain partition. But can a film be successful if it necessarily reduces rather than explores? By KALIM RAJAB.

Seventy years ago next month, Britain lost an Empire. At the stroke of the midnight hour on 15 August 1947 its rule over the Indian subcontinent, by far her largest colony, came to an end. After months of political deadlock and escalating communal violence Britain’s last viceroy, with unseemly haste, agreed to divide the country in two, and the independent nations of Pakistan and India were simultaneously created.

The year 1947 presents a problem for simplifying historians and film makers. Was it a triumph of freedom allowing, in the words of Jawaharlal Nehru, for “the soul of a nation, long suppressed, to find utterance”? Or was it a disaster in terms of death and displacement, in which a million people died and perhaps 30-million people were displaced? How should a film maker commemorate such dichotomy for a modern audience? And how to apportion blame in a cinematically riveting way?

Into this challenge Viceroy’s House, a new film by the British Asian film maker Gurinder Chadha, has just been launched. It presents the history from the point of view of Lord Mountbatten (played by a honey-voiced Hugh Bonneville) and his wife Edwina (Gillian Anderson), who had been sent by a weary Prime Minister Clement Atlee to decisively extricate a bankrupt Britain from her colony. Chadha brings a personal element to the film – her family, Punjabi Indians, suffered from the trauma of forced migration, communal violence and shameful British callousness in shouldering responsibility by ensuring a controlled exit.

But Chadha grew up in England and has lived there all her life. She thus has been exposed to multiple interpretations of how history can be remembered. Knowing her background, it therefore puzzled me that her film has turned out the way it has. This is not to say that Viceroy’s House is necessarily a bad film, or that it whitewashes history. Its intentions certainly seem well meant. It’s just that it could have been so much bolder, more assertive, indeed authentic about this traumatic and troubling time.

One certainly can’t quibble about how beautifully mounted the film is. Watching it, especially Bonneville, as well as the “upstairs/downstairs” technique employed by Chadha to contrast the stately intrigues happening above ground with the heart-breaking intrigues occurring below with the confused Indian staff, one is inescapably reminded of Downton Abbey. A BBC interviewer gushed, “it looks so fantastic…a visual feast”, which it certainly is. Rarely has the End of Empire looked so glorious.

The trouble is that Ends of Empire seldom are. And by choosing to go down this route, intentionally or not, Chadha effectively consigns Viceroy’s House into an old-fashioned, comfortable type of film, when the whole trend of post-colonial history is away from this. How is it that in 2017, with what we know now about British mendacity and its “shameful flight” (to quote esteemed subcontinental historian Stanley Wolpert) that a film could be made in glorious technicolour about this period, when in reality it was hot, sweaty and anguishing for a quarter of the world’s population?

In an early part of the film a baleful Edwina Mountbatten, echoing the sententious music which rises in the background, says: “We came to give India her freedom, not to tear it apart!” The melodramatic line is actually a portmanteau of thoughts. The first part, on “giving India her freedom”, represents a long-cherished view by Raj romantics that Britain, as generous parent, had somehow gifted to India her freedom after having brought order out of chaos; nurturing and sustaining her for eventual self-determination and acceptance into the league of civilised nations. Using the Oxford historian Alex von Tunzelmann’s scornful description, under this view India was like a “well nurtured and fattened chick, raised to fly from the imperial nest while Britain looked on with pride”.

The second part of the line, “not to tear it apart”, is a nod to the simplifying fiction that all Britain’s well-meaning intentions and dignified exit were nevertheless thwarted because the local Indians simply couldn’t stop getting at each other’s’ throats long enough to accept a gracious form of independence. (or, as an aide to Mountbatten helpfully explains by way of edification, “300-million Hindus and Sikhs want a united India, 100-million Muslims do not!”) In other words, that Britain, as gracious bestower of the flower of freedom to an ungracious people, had simply no choice but to partition the subcontinent and its peoples in two.

(Actually, it carved the subcontinent into three – three rather randomly demarcated areas; four if one considers the never-finalised Kashmir – and while partition is the commonly used term for this, I prefer the Pakistani poet Intizar Hussain’s choice of “vivisection” to describe the profound trauma it unleashed, the effects of which remain with us today.)

Edwina Mountbatten’s line reflects the underlying problem with the film. It presents, yet it doesn’t present. It presents the toll that the recently concluded World War ll had on Britain, making it that much more ready to give up India by 1947; yet it does not present the huge toll Britain’s war effort had on its Indian subjects (including the genocide of three million Bengalis who starved to death in 1943 so Churchill could send grain to British soldiers). It presents Lord Mountbatten as someone in way over his head and shows that the fault lay more with Westminster, yet never condemns Mountbatten for his hasty carve-up nor for the appalling violence which ensued. It presents Indian leaders but pushes them to the margins of the story. It highlights the horrific communal violence in the Punjab and Bengal, which is at it should be. Yet never, besides a cursory nod to it, does it attempt to grapple with the disastrous British policy of “divide and rule” in which lay the roots of communal distrust and artificial alliances, nor does it ask how it came to be that multi-faith communities, which had lived together in communal harmony for centuries, suddenly rose up.

Perhaps I was expecting too much. How I had hoped for a film which explored rather than reduced, which didn’t reduce figures to caricature or complex positions to single-line positions. How I’d hoped that audiences could at least be challenged with a question of how it came to be that in this period, under British rule three of its colonies – in Palestine, in India and in Ireland – had to be partitioned, each with disastrous results? Was it too much to expect that in 2017, a mainstream film could be made not from the standpoint of British leaders, but from local Indian leaders and Indian people?

Yet can such a film be made for modern, easily distracted audiences who like their history served up comfortably? Surely showing nuanced, intricately knotted history which poses more questions than answers is cinematically just boring? The makers of Viceroy’s House seem inclined to think so.

Perhaps they’re right. But consider that, years from now, once memories of its glorious technicolour imagery have faded, that it will be films like Steven Spielberg’s Lincoln which are remembered and watched more so than Viceroy’s House. DM