ANC 2017: The two camps fairly evenly balanced, it’s no walkover as the to-ing and fro-ing intensifies 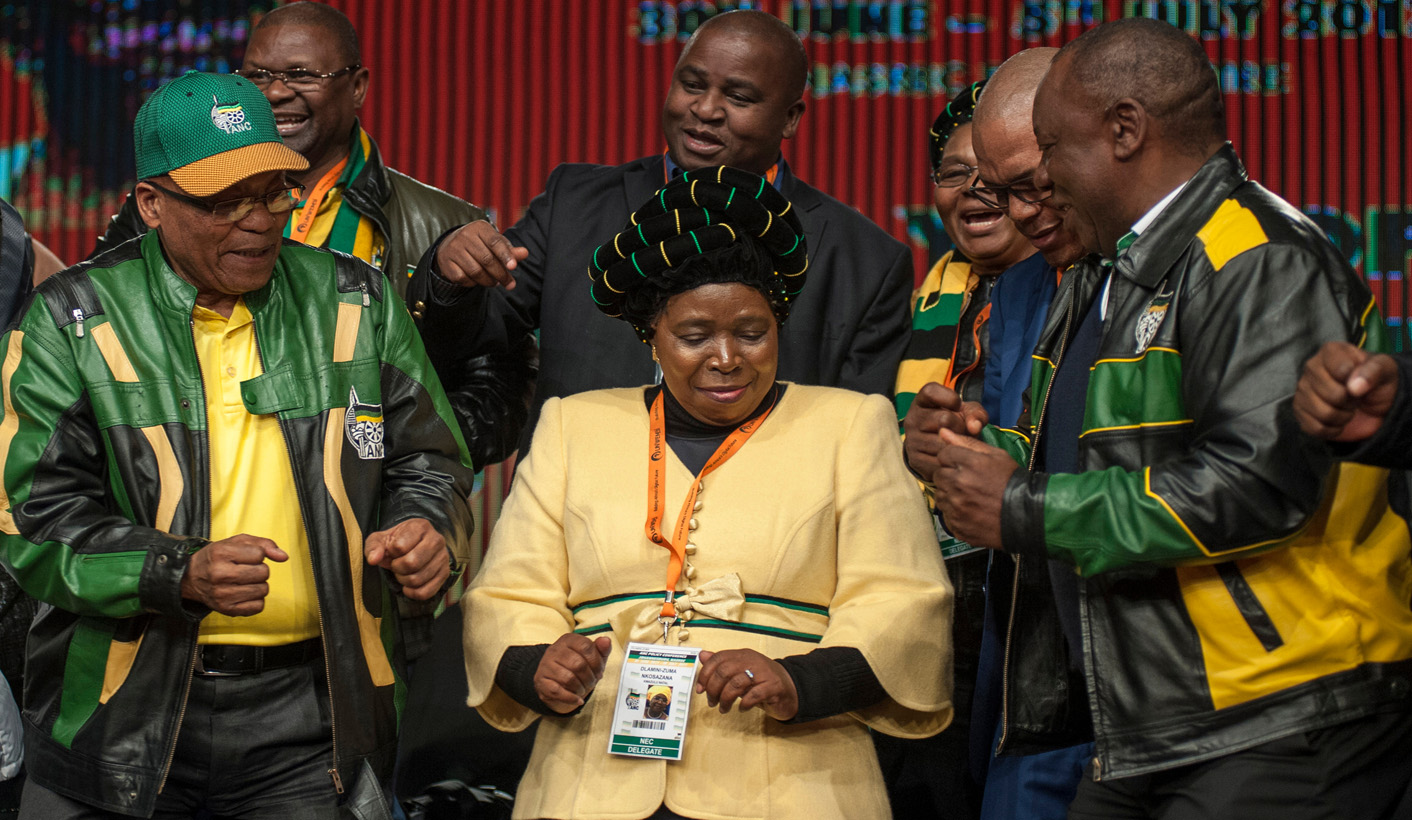 So much for a noble battle of ideas. The nitty gritty of the fight for the soul of the ANC now lies in the mechanics of who gets to control the structures that determine who goes to conference – and right now the balance between the two main camps seems to be pretty even. Expect the horse-trading around this issue to heat up a whole lot more in the next few months. By CARIEN DU PLESSIS.

Up to now the ANC camp supporting Deputy President Cyril Ramaphosa has counted the Western Cape as one of the provinces in their bag. The Western Cape isn’t big – traditionally it’s the smallest delegation to ANC conferences after the Northern Cape – and the province hasn’t won an election in eight years, but in a battle like this, which could be a close one, every bit counts.

This weekend at the party’s lekgotla the national executive committee reportedly decided that the Ramaphosa-supporting provincial leadership was wrong to disband the party’s Dullah Omar region in the Cape Town Metro. Ostensibly, the reason was the party’s dismal performance in the metro during last year’s elections, but with the leadership of the region being supporters of President Jacob Zuma – and Nkosazana Dlamini Zuma as the next president – and with the provincial leadership leaning towards the other camp, the allegations are that this was a factional decision.

In fact, a majority of the six regions in the province wanted the national leadership to disband the provincial executive committee in turn, claiming it was the province which caused divisions.

The national working committee has to date supported the Western Cape leadership’s decision to disband the region, but fortunes seemed to turn this weekend as the NEC – a much bigger structure that also includes the provincial and league leaders – decided Dullah Omar’s leadership structures should stay.

Given that the so-called “Premier League”, the premiers and league leaders who back Dlamini Zuma, supported the call for the provincial executive committee to be suspended, the outcome from the weekend deliberations point to a compromise – both the provincial and regional structures remained intact – rather than a clear victory for either side.

The ANC’s to-ing and fro-ing could be a good thing for the party leading up to its December elective conference, at least in terms of fairness. Although things may become heated – expect a lot of “robust” meetings behind closed doors, at best, and even more to-ing and fro-ing – it will not be a walk-over for either side.

For most of the past decade, almost all of the ANC’s leadership structures have focused on defending Zuma’s leadership and establishing an almost artificial and clinical unity in the party. In the past few months or so, as the ANC’s presidential race heated up, this shifted, and more leaders became outspoken.

Even within the office of the secretary-general, the party’s engine room of administration which also controls who gets into conferences, there’s been differences.

In fact, secretary-general Gwede Manatashe, said to be a Ramaphosa sympathiser, and his deputy, the Zuma-supporting Jessie Duarte, are hardly civil about each other nowadays.

Some have even attributed the surprisingly even battles between the camps at the party’s recent policy conference to the fact that both got their people accreditation tags to the gathering.

The party’s mightiest province, KwaZulu-Natal, has also not escaped upheaval. It’s an almost entirely Zuma supporting province – almost, because the South Coast region has been swimming against this current.

Last week the province stripped the region of its powers after threatening to disband it, “in the interest of bringing unity in the organisation”.

Former provincial chairman Senzo Mchunu, who supports Ramaphosa, has a strong influence in that region and the allegations are that this was an effort by the Zuma-supporting provincial leadership to weaken his campaign in the province.

Mchunu was ousted in a November 2015 provincial conference over which there still is a legal dispute, with some saying there’s a chance that the court might overturn the conference decision. Some say the provincial leadership has been checking its actions because they wanted to leave open the possibility to settle this case out of court.

The two camps have also been testing their powers in the party’s second largest province, the Eastern Cape, which is said to be 80% Ramaphosa-leaning.

A few months ago provincial executive committee member Andile Lungisa – a pro-Zuma guy – was elected chair of the party’s Nelson Mandela Bay region (around Port Elizabeth) despite warnings from the province for him not to stand. The party’s rules do not allow someone in a higher structure, like the provincial executive committee, to run for leadership in a lower structure, like a region.

Lungisa was apparently emboldened to defy this after a visit by Zuma during the region’s conference, and he won the vote. Mantashe later reversed this.

Expect more fireworks as the province’s elective conference at the end of August nears.

One upside of an apparently even balance between the ANC’s camps can be that there will be a lot more negotiation and harder bargaining inside the party to find solutions. It will give the party’s processes an air of democracy and perhaps more credibility, and it could leave the already overburdened courts free to do other things. DM