ISS Today: Without elections, the DRC’s economy will...

ISS Today: Without elections, the DRC’s economy will continue to slide 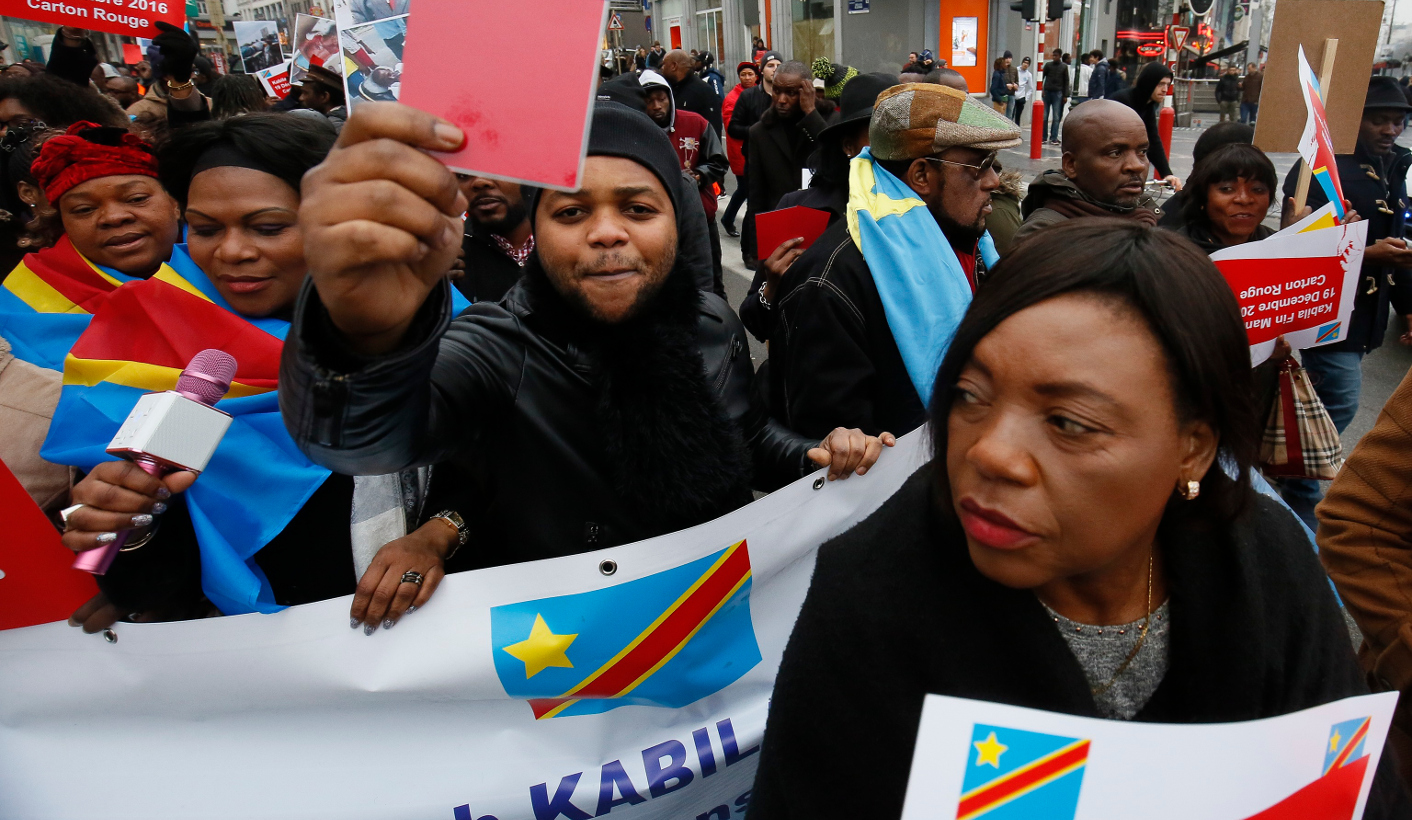 If Kabila is allowed to continue his charade, it’s the Congolese people who will pay the price. By Stephanie W0lters for ISS TODAY.

Despite their efforts to convince the Congolese population that they have their best interests at heart, the ruling majority and the government of the Democratic Republic of the Congo (DRC) have lost control over a key element of day-to-day life: the economy.

The Congolese franc has depreciated dramatically, driving inflation and eroding – on an almost daily basis – the purchasing power of the country’s citizens. Civil servants have started a nationwide strike in protest against their disappearing salaries, and human rights organisation La Voix des Sans Voix sounded alarm bells about the rising cost of living and the impact on the Congolese people. This week the Banque Centrale du Congo (the Congolese central bank) forecast that annual inflation in 2017 would reach 45% against 20% in 2016.

Nothing to do with elections? Not quite.

The prices of copper and oil – key revenue earners – remain depressed globally, which makes things difficult for the commodity-dependent DRC. The government is desperate to resume International Monetary Fund (IMF) budgetary support, which was stopped years ago over a lack of transparency in mining contracts.

The hurdle is the political crisis caused by the failure to organise elections in 2016. Under pressure from some of its key constituents such as the European Union and the United States, the IMF, due to send a delegation in September, has said that it will re-engage if there are important political concessions.

Meanwhile, despite its aggressive criticism of the international community over its response to the political crisis, and especially over sanctions, the government has gone to various embassies in Kinshasa asking for financial support. It has not been forthcoming.

Last week the president and his family lost more credibility when the Congo Research Network and Pulitzer Centre published a report detailing their extensive business networks. A day later Global Witness published a report saying $750-million in government revenue derived from the mining sector went missing from government coffers between 2013 and 2015.

But like South Africa’s President Jacob Zuma – who is also one of President Joseph Kabila’s closest allies – Kabila is not one to let facts get in the way of his narrative. Various family members have refuted allegations of corruption, nepotism and wrongdoing, while the government and Kabila insiders continue to pretend that the current political crisis is a mere technical delay that isn’t their fault.

The pool of those willing to buy this sham is shrinking, and a growing number of people, organisations and countries see the crisis for what it really is: a plan to hijack power for as long as possible.

In recent weeks, there have been two key developments: first, the announcement by the head of the Commission Electorale Nationale Indépendante (CENI, the independent national electoral commission) that elections could not take place in 2017. Second was the nomination this weekend of Joseph Olenghankoy, a member of the opposition co-opted by the Congolese government following the death of Étienne Tshisekedi in February, to head the Conseil national de suivi de l’accord (CNSA) – the 31 December accord follow-up committee.

Olenghankoy split from the Rassemblement de l’opposition (Rassop), the main opposition grouping, after Tshisekedi’s death, and created a rival Rassop that has virtually no political base. Kabila and his political allies have taken advantage of splits to cherry-pick individual opportunists with the aim of appearing to uphold the terms of the 31 December political accord.

The accord says the head of the CNSA must come from the Rassop, and Kabila’s supporters have held the nomination up as evidence of compliance. But this strategy to stage-manage the transition arrangements while trying to appear legitimate started backfiring when Kabila appointed another dissident opposition leader, Bruno Tshibala, as prime minister in April. Few have any doubt about the government’s real intentions.

In the wrangle that followed Tshisekedi’s death, the opposition were accused of selling out the country in a quest for its own access to power. At the time, it seemed flummoxed by Kabila’s violation of the 31 December accord and did not have a Plan B.

This weekend the Rassop held a conclave and emerged with a new battle plan: a two-day stay-away in August followed by a civil disobedience campaign. It has also demanded that the CENI publish the updated voters lists by the end of this month. The call for the stay-away is risky – especially because it is for two consecutive days, which is a long time for people to refrain from engaging in informal economic activities.

Since the start of the crisis, the key point of such public demonstrations has always been to show the government that the population is against Kabila and to use this as leverage. Anti-Kabila sentiment and the desire to have elections and move on are as high as ever.

The opposition is calculating that the population knows that government is to blame for the December political agreement being in tatters, and that it is again willing to demonstrate its disillusionment and force publicly. This kind of pressure is important for external observers as well. If the international community – and African countries in particular – don’t see that the push for Kabila to go is coming from within, it will be harder for them to take action.

Given the somewhat tarnished image of the Congolese opposition, it would also be effective if civil society organisations associated themselves with a general protest campaign. A united front would go a longer way, maybe even awakening the slumbering regional organisations such as the Southern African Development Community and the International Conference on the Great Lakes Region, who should be playing a role in the crisis.

The alternative – to sit and watch indefinitely as Kabila continues his charade – will come at a high price, and as always, the Congolese population will have to pay. DM

Stephanie Wolters is Head of the Peace and Security Research Programme, ISS