ISS Today: Zuma and Dos Santos manoeuvre to rule from the grave 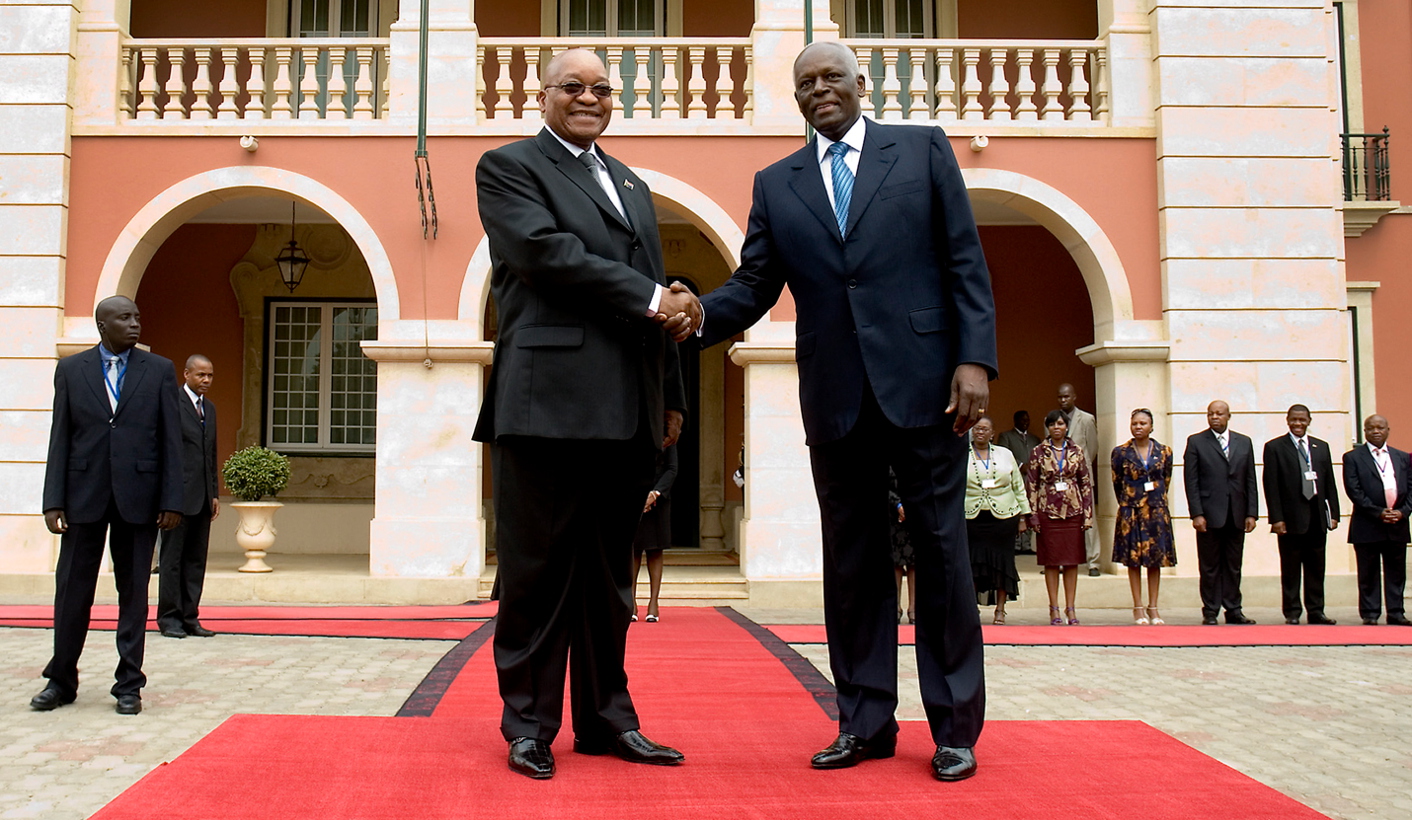 For both outgoing presidents, preserving wealth and freedom for themselves and their families is the priority. By Peter Fabricius for ISS TODAY.

He may seem brazen, but give South African President Jacob Zuma a little – relative – credit for subtlety; he has at least captured the state by proxy, through his business cronies the Gupta brothers.

There are nonetheless some similarities between the predicaments of Zuma and Dos Santos right now as both confront the unpleasant prospect of retirement. Zuma will cease to be president of the ruling African National Congress (ANC) in December – and national president by 2019 – while Dos Santos will step down after elections on 23 August. Their common challenge is to avoid their successors un-capturing the state.

As Paula Roque observes in a recent Institute for Security Studies paper, Dos Santos recently appointed his fourth finance minister in eight years – the current iteration, Augusto Archer Mangueira, having “less autonomy than his predecessor”. Shades of Malusi Gigaba? That and other cabinet changes showed that “the economy remains captured by the Dos Santos family”.

And later in Roque’s paper: “The state and governing institutions have morphed into personalised, securitised and nepotistic elitist organs that function in largely opaque and uncoordinated ways.” Way to go, Zuma.

While there are obviously vast differences between the two states, both Dos Santos and Zuma face not entirely dissimilar post-presidential challenges as they near the ends of their tenures.

Dos  Santos, in power since 1979, announced earlier this year that he would step down after the 23 August elections. The ruling People’s Movement for the Liberation of Angola (MPLA) named Defence Minister João Lourenco as the party’s presidential candidate. And probably therefore also the country’s next president as most observers expect the MPLA to win, possibly by a margin of about 60-40, boosted by a divided though lively opposition and, probably, if necessary, by rigging.

Lourenco was a better choice as successor than some observers feared – such as a Dos Santos family member or ultra-loyal general. He was the party’s choice rather than Dos Santos’s and was considered relatively untainted by corruption. Roque nevertheless suggests that Lourenco will in the end be sucked into the system and will represent continuity rather than the change in the way both the party and the country are run which Angola so desperately needs.

Which of course would be good news for Dos Santos who has accumulated fabulous wealth by looting the fiscus during his almost 38 years in power. He will remain leader of the MPLA after he steps down as national president, giving him an extra post-presidential hold on power and wealth. Or so he hopes.

Zuma won’t have such a direct grip on the puppet strings after he vacates national office. But he is manoeuvring energetically to try to keep indirect control by ensuring his ex-wife and mother of some of his children, former African Union Commission chairperson Nkosazana Dlamini-Zuma, succeeds him both as leader of the ANC in December and therefore also, probably, as national president in 2019.

For both Dos Santos and Zuma, preserving wealth and freedom for themselves and their families seem to be critical priorities after they leave office.

Zuma clearly needs a successor who will continue to suppress the 783 corruption charges arising from South Africa’s mega arms deal that have been hanging over his head since before he took office in 2009. As well as all the others that should be pending related to the Guptas’ Byzantine conspiracy to seize control of the Treasury and several state-owned enterprises, dispensing lucrative contracts.

Though the evidence of corruption against Dos Santos may not be so clear, that is surely only because he has run a more authoritarian and opaque state. Anecdotally he has accumulated wealth Zuma probably dreams of.

Does Dos Santos also fear the prospect of prosecution for that theft, by a hostile successor? The MPLA’s recent introduction of legislation to grant him immunity from prosecution for life suggests so. This recalls the recent rumours that Zuma has been offered R2-billion and amnesty against prosecution if he will just go away immediately.

But to many it seems improbable that the MPLA under Lourenco would hazard such drastic action against Dos Santos. The MPLA may fear shooting itself in the foot by also unravelling the vast web of party and security sector interests in the economy that form the patronage network that have been the basis of Dos Santos’s remarkable political longevity. This thinking also has echoes in South Africa.

Yet Dos Santos seems to be taking other precautions too, such as his appointment of Bornito de Sousa as vice president. As MPLA leader, Dos Santos will be able to recall Lourenco and he evidently wants him to know that De Sousa – who evidently doesn’t like Lourenco very much – is ready to step in.

As turbulent transitions in many other countries attest, the sharing of power at the apex of the state is a recipe for instability.  South Africa  experienced this in September 2008 when Zuma, after defeating then president Thabo Mbeki for control of the ANC in December the year before, also ousted him as national president.

Roque writes that after Dos Santos steps down, political power could split “with Lourenco retaining control of the security apparatus and the presidency – which could yet be deprived of its executive capacities – and Dos Santos controlling the oil economy, relations with key investment partners and the country’s foreign policy”.

This weakening of the executive powers of the presidency already seems to be occurring, as last week parliament passed a law that will keep the heads of the army, police and intelligence services in their posts for eight years, limiting the incoming president’s power to remove them.

Roque predicted in her paper that “Lourenco may seek to consolidate control of the party and unseat his mentor, triggering a political crisis in the process”.

However, since then the extent of Dos Santos’s illness has become more apparent as he has spent more and more time in Spain seeking treatment for an undisclosed condition. This may have changed the calculus. If he is terminally ill, Roque and other commentators now believe that Lourenco will probably refrain from asserting his own power base in the MPLA until Dos Santos is gone. The same, though, cannot be said for his family who will probably lose their stranglehold on the economy.

In  South Africa,  the likelihood of such post-Zuma tensions depends on the outcome of the ANC’s elective conference this December. If Dlamini Zuma prevails, her ex-husband could remain comfortably in office until mid-2019. If her chief rival Deputy President Cyril Ramaphosa instead pulls off an upset victory, Zuma could be forced to step down soon after.

As Roque and other commentators, like Rafael Marques de Morais, head of the activist organisation Maka  Angola, have said,  Angola  is at a turning point. The country is crying out for reforms, both of the economy and of governing institutions, both of which have been deeply corrupted under Dos Santos. Likewise in  South Africa  where, in eight years, Zuma has – though not to the same degree – corrupted the economy and many state institutions, especially in the security establishment and the prosecuting authorities.

In both countries, this corruption and paralysis have hamstrung national development and prevented much of the nation’s wealth filtering down to the poor. Whether the imminent political changes can cure such deep malaise is a critical question in both countries.  DM