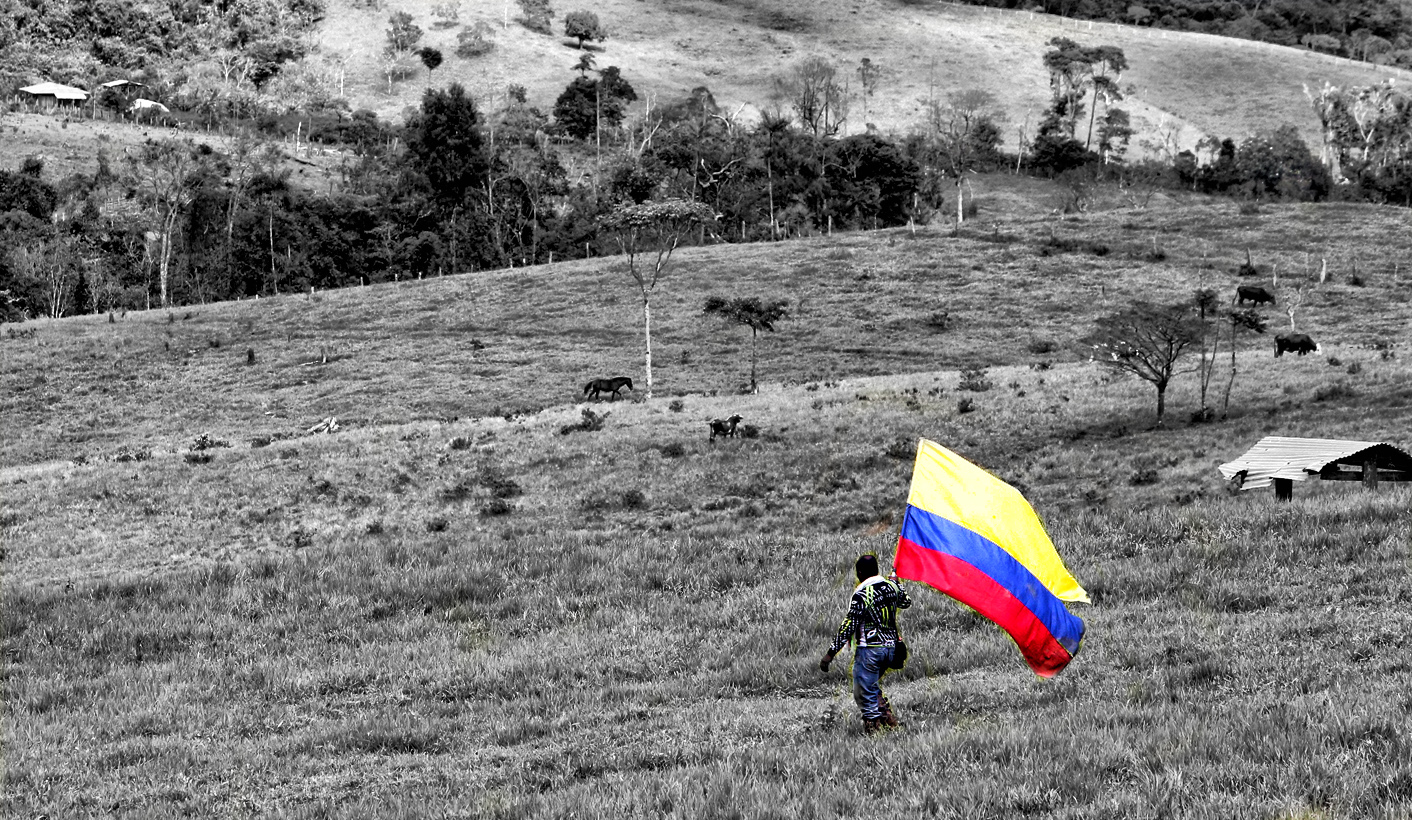 In many countries anti-government forces, militias and guerrilla operatives are prosecuted at the end of war, but one country has negotiated a deal that may see these people fulfil an unusual role during its transition to peace. A peace accord with the Revolutionary Armed Forces, FARC has opened the door for research in areas that were previously too volatile and isolated to be studied. By TUNICIA PHILLIPS.

The mega diverse South American country of Colombia finds itself in a post-conflict era (albeit on very uncertain terms) that may or may not contribute to restoring and protecting one of the planet’s most important places for animal and plant species. The world needs diversity in its life forms and their systems if people are to continue surviving on things like food, energy and medicine.

A peace accord with the Revolutionary Armed Forces, FARC has opened the door for research in areas that were previously too volatile and isolated to be studied. Dozens of new species have already been discovered since the areas became relatively more accessible to researches.

Colombia’s Minister of Environment Luis Gilberto Murillo said that nature was a silent victim during the 52-year conflict, although some experts attending the International Congress for Conservation and Biodiversity underway in Cartagena this week argue that the conflict was in many ways, good for conservation. The idea that there are benefits to war can understandably provoke discomfort at first, but the conflict isolated many areas and prevented deforestation to a certain extent, mitigating the risks of the human footprint on animal and plant species.

Now, the same people who were complicit in decades of conflict have been earmarked to be at the forefront of conservation and the protection of newly extended protected areas. Minister Gilberto Murillo said that integrating FARC in the environmental agenda in a post-conflict era will assist in reintegrating them into society. The former soldiers are said to be assisting in demining many of the zones that are inaccessible due to a vast amount of landmines around the country. It has however been unclear as to whether these former guerrillas are aware of where they placed all the landmines, and unlikely that they do.

“We need to put our environmental goals in a new context, in the context of the implementation of the peace process …,”  Murillo said.

“We had in 2010 almost 13 million hectares of protected area, we have about 59 protected areas in the country including national parks.

“Our goal is to get to 26 million hectares at least in the country.

“It’s not an easy decision for a government when you have a lot of expectation and potential for oil exploitation and also mine exploitation so some of our decisions have really frozen many areas which are rich in natural resources like oil and minerals,” he said.

“In Colombia, killings hit an all-time high, despite – or perhaps because – of the recently signed peace deal between the government and the guerrilla group, the FARC.

“Areas previously under guerrilla control are now eyed enviously by extractive companies and paramilitaries, while returning communities are attacked for reclaiming land stolen from them during half a century of conflict,” Global Witness said.

Minister Gilberto Murillo believes opposition to the peace accord with FARC could be behind the proliferation of these killings. He said that the murder of activists is one way in which those who are against the peace accord could be exercising their dissent.

“A task force has been tasked to respond to the needs of protecting of human defenders and also environmental activists.

“That task is led by the vice president, General (Oscar) Naranjo and he is using all the possibilities (sic) within the government to protect human defenders, but I would like to take advantage of this question to respond to…at least to comment.

“Those who are claiming the land and those that are trying to protect key environmental ecosystems so we are aware of that and government is taking measures to avoid those who are boycotting the peace process to effect the life of those who are genuinely trying to maintain our ecosystems and natural resource base,” he said.

Among those who previously boycotted Colombia’s peace accord is former president Álvaro Uribe who emerged to perceived victory when Colombians voted against a peace accord after a so-called dirty propaganda campaign to discredit the peace deal and negotiations last year. The deterioration in relations between President Juan Manuel Santos and the former President Uribe tells a tale of a tragic love story. Santos, a former Defence Minister was expected to play to the tune of his close friend when it came to ending the war, but in a shocking twist he began to negotiate with the guerrillas which infuriated the former president. Former president Uribe is widely believed to have a personal grudge against the guerrillas who murdered his father during a botched kidnapping.

Around 7 million displaced people will need to be resettled once a land audit is completed, and a reportedly dramatic cut in the country’s environmental budget means it is unclear how the former guerrillas who have been earmarked to become protected area rangers will be supported.

Minister Gilberto Murillo has suggested that the private sector will play a key role in supporting the environmental ambitions in a post-conflict Colombia. The move is likely to transfer environmental interests to the hands of big businesses which has historically, never boded well for conservation. Big mining companies for example are in many cases obliged to assess their environmental impact, and to invest in its rehabilitation. Even when the financial commitments to the environment are met, many times implementation plans are flawed with competing interests and so the environment ends up at the short end of the stick. On the other end, Colombia’s former guerrillas are also reputed for contributing to a small level of deforestation once they learnt that growing plantations for narcotics could fund their cause. Hopes are high nevertheless, that these former guerrillas of war will indeed become guerrillas of conservation. DM

Photo: A man holding a Colombian flag walks in the transitional local zones for normalization (ZVTN) of Buenavista, in Meta, Colombia, 27 June 2017. After completing the handover of their weapons to monitors of the United Nations, the Revolutionary Armed Forces of Colombia (FARC) has ceased to exist and will now work as a political party. EPA/MAURICIO DUENAS CASTANEDA