Op-Ed: Will the new TCB live up to its promises? 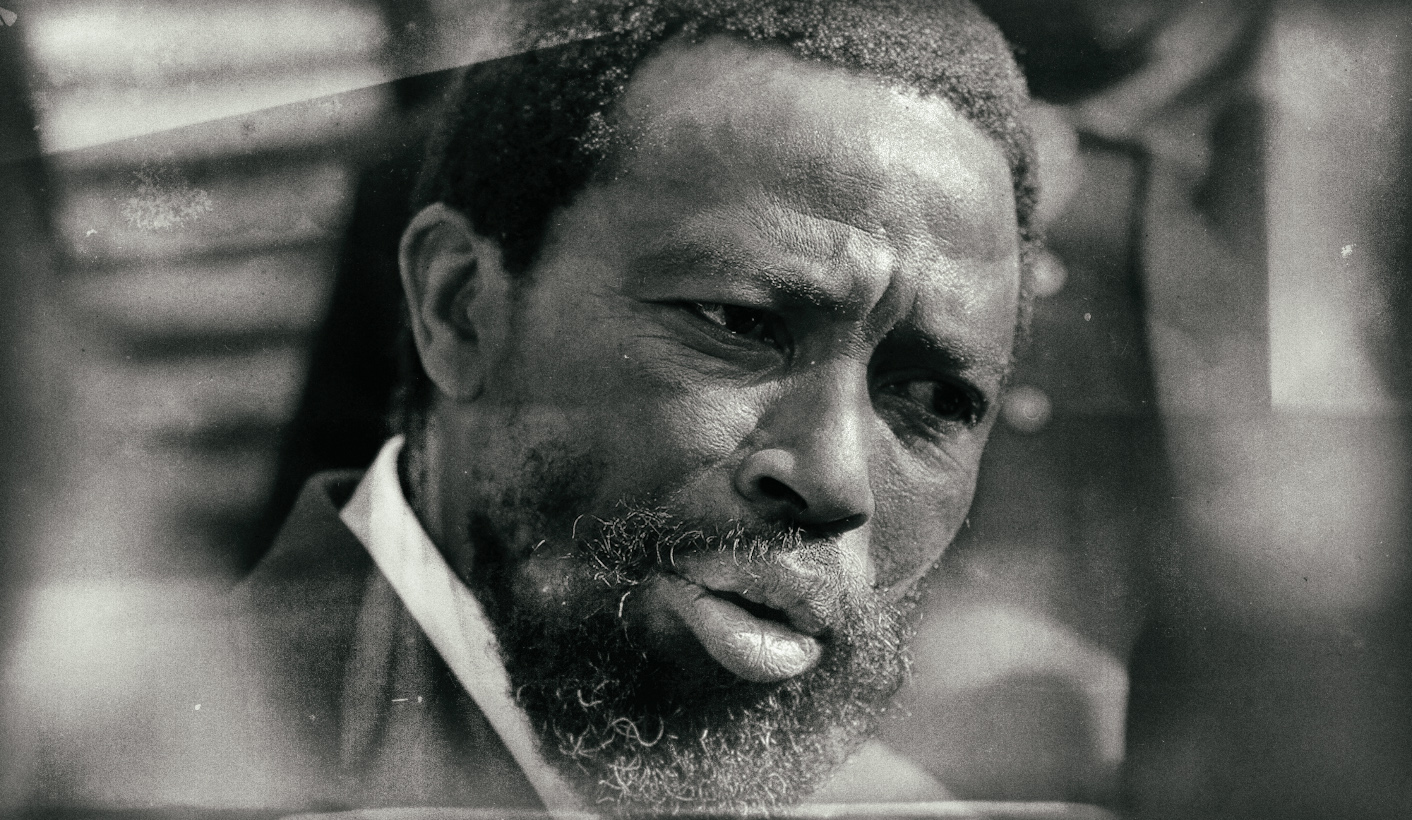 The Traditional Courts Bill is back. Resuscitated in the National Assembly in January after two previous defeats, its purpose is to provide a legislative framework for the courts of traditional leaders and to encourage that their functioning be consistent with constitutional principles. By NYASHA KARIMAKWENDA and PHILILE NTULI.

Sustained challenges against the former iterations of the Traditional Courts Bill (TCB) twice led to its undoing, in 2011 and 2014. A central complaint against those previous versions was that despite documented instances of customary courts and mediation processes existing legitimately at family and village council level, the Bill nonetheless favoured senior traditional leaders. Further, it effectively locked citizens within apartheid boundaries with no recourse for opting out of the traditional courts system. The prior versions were also criticised for excluding women and vulnerable groups from equal and fair participation in traditional courts.

The TCB is one of a suite of laws that have sought to centralise decision-making power in traditional leaders as opposed to ordinary people. The others are the Communal Land Rights Act of 2004 (struck down by the Constitutional Court in 2010) and the Traditional Leadership and Governance Framework Act of 2003 (Framework Act). This Act preserves the tribal identities and boundaries put in place by the Bantu Authorities Act of 1951.

Although it persists in reinforcing “tribal” geographical boundaries and authoritarian models of traditional governance inherited from apartheid by referencing traditional leaders recognised in terms of the Framework Act, the resurrected TCB undoubtedly reflects improvements that stem from the inputs of civil society. The current version places emphasis on the inclusion of women and vulnerable groups, such as persons living with disabilities, and sexual minorities, as contemplated in the Constitution. And of significant import is the fact that the current TCB makes provision for people to opt out of the traditional court jurisdictions.

The current TCB’s provision for people to opt out of traditional court jurisdictions is commendable. Yet, questions remain about the implementability of the provision, especially as the Bill does not provide an adequate framework for protection against possible social backlash. For those who choose to exercise the freedom to opt out, the Bill fails to take into account implicit forms of social coercion that may exist particularly in spatially segregated and largely poor traditional communities, and could potentially contribute to a deprivation of their customary entitlements.

In this context it is pertinent to consider the case of AbaThembu King Buyelekhaya Dalindyebo, who is serving a 12-year prison term for various egregious crimes against his subjects including arson, kidnapping, assault with intent to do grievous bodily harm, and defeating the ends of justice. His victims, among them teenagers, had been deprived of the rights to fair trial, to property, and to be free from cruel punishment, among others.

Using a distorted interpretation of the traditional courts system, Dalindyebo acted as police detective, prosecutor and judge, and then effectively imposed punishments without any prior customary dispute resolution process. It is important to note that the legal records show that the “punishments” were not handed down after they had been debated in a court setting. There was no such hearing. Nor did Dalindyebo claim that a traditional court had been convened during his criminal prosecution. In light of precedents such as these, his case exemplifies the danger of citizens being confined to traditional authority jurisdictions – whether by law or by coercive elements in operation at the community level.

Dalindyebo’s case also raises the following question: What about future cases where a leader’s accountability fails so terribly? What forms of recourse could aggrieved citizens have for the transgressions of their leaders – particularly if they cannot effectively opt out?

Quite disconcertingly, the Congress of Traditional Leaders (Contralesa) has vociferously defended the AbaThembu leader. In its application before the Western Cape High Court, filed in March 2016, Contralesa sought to overturn Dalindyebo’s convictions. It argued that the decision of the National Director of Public Prosecutions to prosecute King Dalindyebo “for exercising his civil and criminal jurisdiction” contravened the Constitution and “violated the principle of judicial immunity extended to traditional leaders when they exercise their judicial power”.

Effectively, Contralesa’s view is that Dalindyebo was acting in accordance with customary law when he imposed and meted out punishments upon his subjects, and that these actions were not criminal at all. Moreover, Contralesa argued that if the 2008 and 2012 versions of the TCB had been passed by Parliament, Dalindyebo’s actions would actually have been permitted by statute law and would have prevented people from opting out of his jurisdiction. This, they said, was a reason for Parliament to urgently pass the old TCB into law.

The implication of Contralesa’s argument is that the authority of traditional leaders is absolute – which flies in the face of South African jurisprudential standards concerning those with adjudicative powers. No matter that the Supreme Court of Appeal concurred with the High Court in the Dalindyebo case, and concluded that he “behaved shamefully and abused his position as king”. The SCA went on to say: “The period of imprisonment he is to serve is no more than just desserts for what, given his position of authority, are after all particularly heinous crimes.”

Contralesa’s position shows an unconcealed disregard for the very people that customary law is designed to protect. In spite of their resolute stance, it is highly unlikely that Contralesa’s argument for the protection of Dalindyebo would pass muster under the standards of the new TCB. Clause 15 of the Bill provides that a member of a traditional court is not liable for anything done or omitted in good faith when carrying out their functions under the Act. This clause is drawn from the common law judicial immunity principle under which immunity for adjudicators is forfeited where there is evidence that the decisionmaker acted in bad faith.

Before the current TCB was made public, precursors to this clause conversely used the language of “bad faith” in line with the common law standards. It is possible that the drafters moved away from this phrasing as it may be perceived to have negative connotations for traditional leadership. However, the change in wording has also changed the nature of the legal enquiry – members of traditional courts will have to prove that they acted in good faith in order to claim immunity for their conduct.

It is unclear how Contralesa would justifiably argue that Dalindyebo acted in good faith given the astonishing egregiousness of his crimes. At a practical level, Contralesa’s rhetoric, and the legally unsound arguments put forward on the king’s behalf, raise concerns about what models of abusive and authoritarian traditional leadership are being condoned. Can these models be dismantled by the current TCB, or will they be implicitly entrenched?

Just as people may struggle to push against the structural forces that prevent them from opting out, so too may they be thwarted in attempts to hold unjust leaders accountable. Similarly, although the current TCB includes representation for women in traditionally patriarchal spaces such as traditional courts, they may continue to face marginalisation through the silencing of their contributions or grievances. At a more basic level the Framework Act experience in relation to quotas for women is not reassuring. In 2003 the Act prescribed that 40% of members of traditional councils must be elected (60% are appointed by the senior traditional leader), and one third must be women. Fourteen years later many councils countrywide have not met these requirements, but continue to operate outside the law with government backing.

No elections have ever been held in Limpopo, and in 2015 the Minister of Co-operative Governance and Traditional Affairs revealed in an answer to a parliamentary question that in 80 councils there are fewer than three women members. In 26 councils there are no women at all. There is currently an amendment bill before Parliament that attempts to resuscitate the precarious legal status of such traditional councils. It removes the consequence of invalidity for non-compliance, thereby undermining the incentive to “transform”.

These are some of the issues that Parliament will have to address as the TCB winds its way through the legislative process and public submissions are considered. The reality on the ground compels us to interrogate whether the current Bill will truly afford South Africans egalitarian and transparent processes, or only contain promises on paper. DM

Karimakwenda and Ntuli are with the Land and Accountabiity Research Centre in the Faculty of Law at UCT. While Parliament’s official call for comments on the Traditional Courts Bill has closed, members of the public are encouraged to submit their views on the Bill to the Secretary of the Portfolio Committee on Justice and Correctional Services, Mr V Ramaano at [email protected].