Op-Ed: Education and policies are vital in fight against rape culture 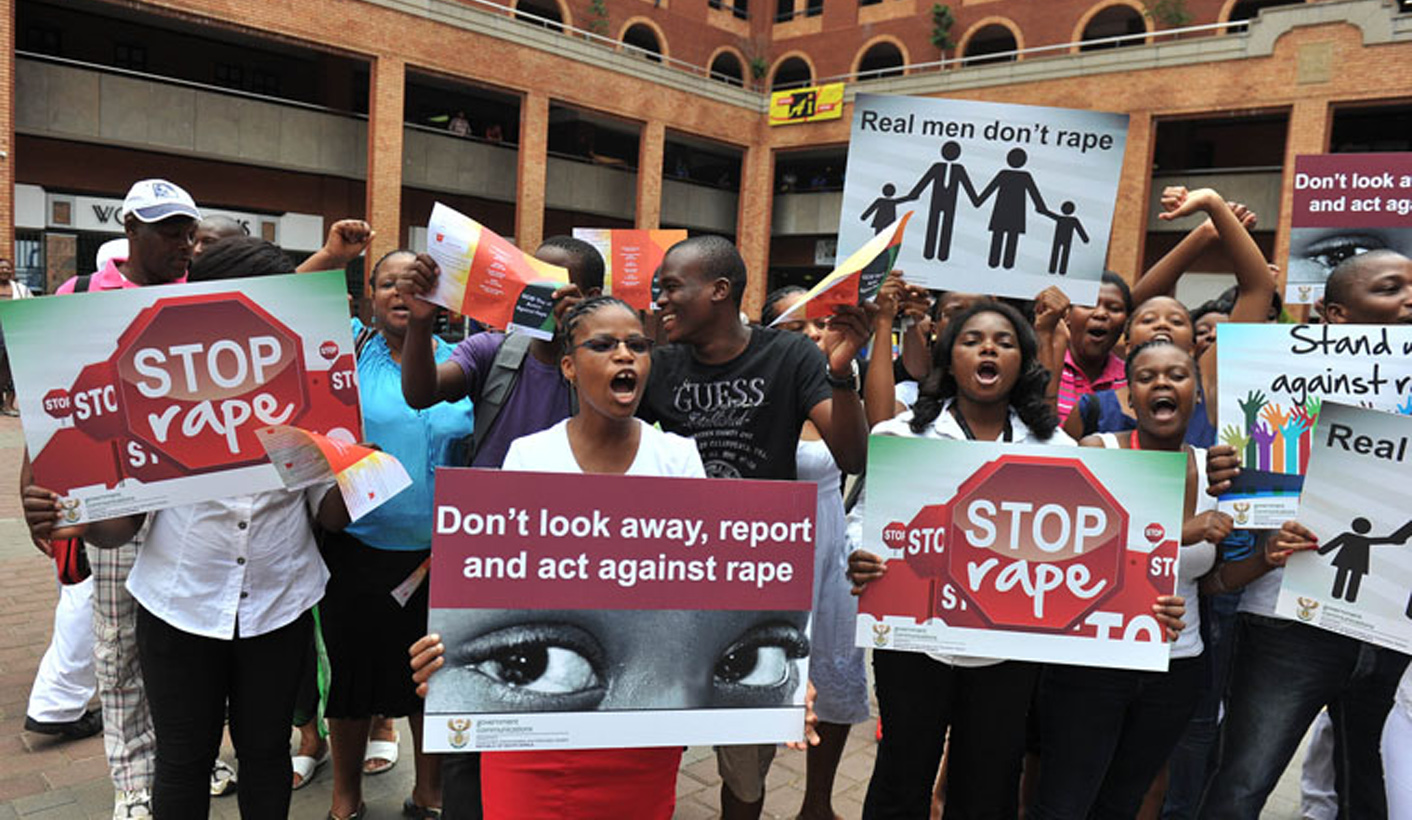 It is imperative that students and staff are made fully aware of the policies in place to protect them and even more important that the members of the offices and task forces set up specifically to manage sexual violence are clear on what those policies are and how to adequately put them into practice. It is also important that the complaints of survivors are taken into account and are at the forefront of any changes made to the universities’ policies. By KIRSTEN WHITFIELD.

The conversation about gender-based violence by no means began with #MenAreTrash. Many have been breaking the silence and resisting rape culture for decades, but their cries are too often brushed aside or mishandled. One such site of resistance and neglect is in universities. Even in the last few years we have seen numerous protests on campuses across the nation, including Rhodes, the Universities of the Witwatersrand, Cape Town, KwaZulu-Natal, Pretoria, and others. A common element in all the movements was a group of students and staff calling for much improved and less traumatic institutional responses to on-campus sexual violence.

Most universities have policies and offices in place which are set up to manage cases of sexual violence, and yet there are still too many stories of students attempting to access these support services and being mistreated or having their cases handled poorly, ultimately leading to further trauma on the part of the survivor. It is probably fair to say that this is also a reflection of what happens to victims and survivors in other places.

Such mismanagement and secondary trauma has led to student groups feeling forced into taking matters into their own hands. The best known case of this is the #RUReferenceList protests, which occurred in response to the publication of a list of alleged perpetrators of sexual violence at Rhodes University, some of which remained on the Rhodes University campus despite serious allegations which were not investigated. The list was shared on social media and became a rallying point for unhappy students aimed at what they felt was the university’s inadequate sexual violence policies. These students believed the policies perpetuated victim-blaming and protected the perpetrators of sexual violence. The protests at Rhodes formed part of the group’s broader approach to tackling “rape culture” on the campus under the banner of Chapter 2. Section 12 subsection 2, a movement named for the section of the South African Constitution that guarantees ““the right to bodily and psychological integrity” for all, a right which is violated by sexual assault, and violated again when accusations of sexual assault are not handled adequately.

Rhodes is not the only university whose student body has come forward to shine a light on the policies of their institutions. A group of University of Cape Town students held several protests in 2015 and 2016 highlighting what they felt were poor policies of the university and accusing the institution of treating students who came forward to report sexual violence, poorly. An anonymously-run blog called UCT Survivors has been created with first-hand accounts of students containing claims of assault, alleging mismanagement of their cases.

One of the the first ports of call for anyone experiencing sexual harassment or assault at UCT is the Discrimination and Harassment Office (DISCHO), an office which came under review in 2015 after being repeatedly criticised for ineffective responses to what a group of students believed was the culture of sexual violence on campus and poor handling of victims’ and survivors’ cases. The review can be read here. The office and the management structures responsible for them were found to be inadequately meeting the requirements set out in the university’s Sexual Offences Policy, Sexual Harassment Policy, and the Policy on Racism and Racial Harassment. Some felt that there was some resistance from DISCHO in response to the review findings, but the office has undertaken to make some changes.

So what are some of the solutions? Firstly, universities need to take responsibility for the failures thus far. In the wake of the protests of the past few years, many universities, like at UCT, have undertaken to review their policies and attempt to address the students’ complaints. It is imperative in doing so that students and staff are made fully aware of the policies in place to protect them and even more important that the members of the offices and task forces set up specifically to manage sexual violence are clear on what those policies are and how to adequately put them into practice. It is also important that the complaints of survivors are taken into account and are at the forefront of any changes made to the universities’ policies.

One step they can and should take, which goes beyond simply redressing existing policies, is to introduce mandatory, university-wide sexual and gender education in order to challenge and deconstruct the harmful ideologies many students enter universities with. Of course, these ideologies exist far beyond universities and such education programmes should ideally begin in primary school, but the lessons will need to be learned at every level and for a long time to begin undoing the pervasive patriarchal culture we live under.

There should also be access to well-trained counsellors. There are many well-established gender- and rape-focused organisations in South Africa, such as Rape Crisis, that universities could partner with in learning how to better and more sensitively manage reports of sexual assault so that students cease to have their constitutional rights violated in the place they go to learn and grow.

It is therefore incumbent on universities to amend their policies so that they are guided by the tenets of the South African Criminal Law (Sexual Offences and Related Matters) Amendment Act 32 of 2007 in order to display and practise a commitment to the protection of their students under the law. In creating their policies it cannot be that they do so without due adherence to this act guaranteed by the Constitution, as doing so can be seen as a direct act of impunity which can be constitutionally tested and criminally charged. DM

Photo: GCIS staff members raise their voices against rape at the “Day of Action Against Rape” in Pretoria, 11 Feb 2013. (GCIS Photo)