GroundUp: Asylum seekers will have to live near borders if Home Affairs has its way 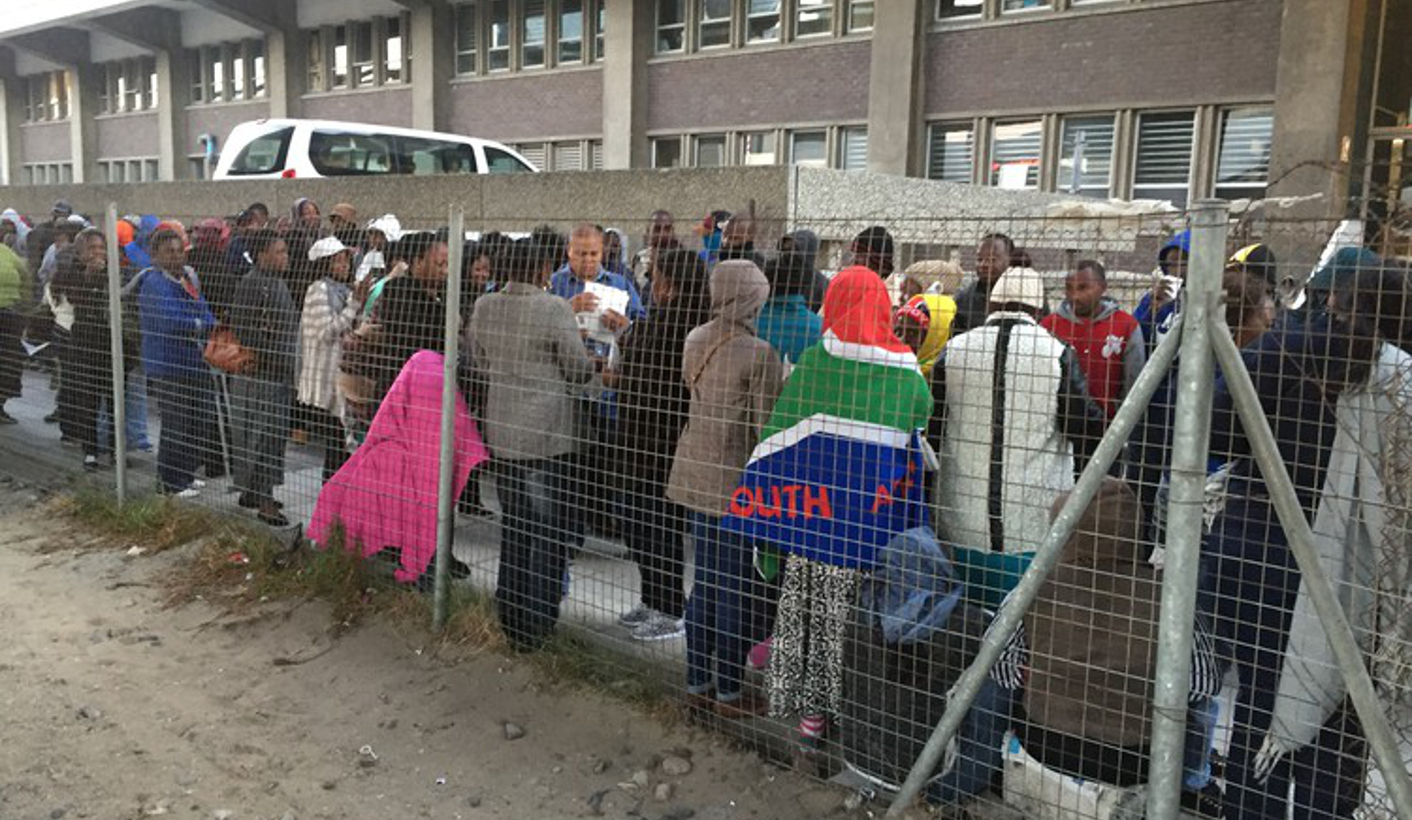 Proposed changes to South Africa’s immigration laws may prevent refugees and asylum seekers from permanently settling in the country, according to the Scalabrini Centre of Cape Town. But it will be easier for SADC residents to work in South Africa. By Natalie Pertsovsky for GROUNDUP.

The policies are described in a new Green Paper on International Migration, the Refugees Amendment Bill, and the Border Management Authority Bill.

The Green Paper, a document that begins the drafting of a law and on which the public are asked to comment, was published in June 2016 and describes the plan for migration in the country. The White Paper, which is a statement of government policy, is expected soon.

“Currently, South Africa’s policy of non-encampment means that asylum seekers and refugees are free to move within the country,” says Scalabrini’s website. The Green Paper would require asylum seekers to live near processing centres on the country’s northern borders until their applications are processed and approved.

The Green Paper is a mixed bag. According to Miranda Madikane, Director of the Scalabrini Centre it introduces “low-skilled permits” that will make it easier for people from SADC countries to work in South Africa, but it makes it harder for asylum seekers.

Other restrictions include increasing the number of years a refugee has to be in the country before applying for permanent residency from five to 10 years.

The Refugees Amendment Bill will change the original Refugees Act of 1998, a law that was thought to be extremely progressive. Changes include a more flexible appeal process for asylum seekers which is intended to get rid of the current massive backlogs. But it will also make applying more bureaucratic, according to Scalabrini.

Other changes include penalties for asylum seekers who are over 30 days late extending their asylum permit. We have previously reported on the difficulties asylum seekers encounter trying to renew their permits, sometimes waiting all day to speak to a Home Affairs official. Other changes are “that asylum seekers will not be able to work in South Africa if they are able to receive support from friends/family or from UNHCR and other charitable organisations,” and also that “the Refugee Appeals Authority will replace the current Refugees Appeal Board to make a more flexible and efficient appeal process,” according to Scalabrini.

The Refugee Amendment Bill will soon be heard by the National Council of Provinces. If accepted, it will be signed into law, said Madikane. “The likely result will be the exclusion of many legitimate refugees through no fault of their own,” says Scalabrini’s website.

The Border Management Authority Bill will shift border patrol from various government departments to solely the Department of Home Affairs (DHA). Scalabrini says this would compromise border management by removing some checks and balances provided by the various departments. This bill is currently being reconsidered and will be voted on again at a later date.